UK and France agree Nato must ‘unite against Russian aggression’ 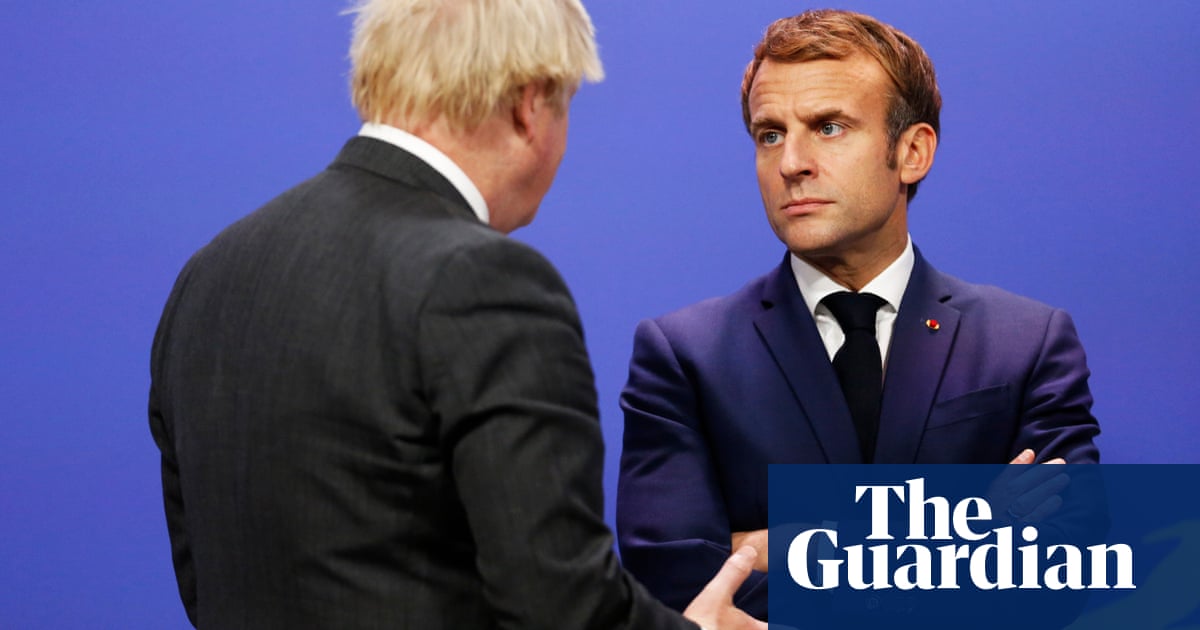 The UK and its Nato allies will be united in their fight against Russian aggression “wherever and however it might occur”, Boris Johnson has agreed with Emmanuel Macron.

During a phone call on Saturday the prime minister and the French president discussed the worrying development of the Ukraine crisis.

Johnson updated Macron on his visit to Kyiv this week, where he met the Ukrainian president, Volodymyr Zelensky. During his visit, Johnson said there was intelligence suggesting the threat of “an imminent military campaign” by Russia was “a clear and present danger”.

A No 10 spokesperson said of Johnson’s call with Macron: “They agreed that finding a diplomatic solution to the current tensions must remain the overriding priority.

“The prime minister and president Macron stressed that Nato must be united in the face of Russian aggression. They agreed to continue to work together to develop a package of sanctions which would come into force immediately should Russia further invade Ukraine.

“The leaders discussed their work to strengthen Nato’s Eastern flank, ensuring that allies are fully defended against malicious Russian activity, wherever and however it might occur.”

European leaders are due to travel to both Moscow and Kyiv in a bid to calm tensions.

Macron is expected to visit Moscow on Monday and Kyiv on Tuesday, while the German chancellor, Olaf Scholz, will travel to Kyiv on 14 February and to Moscow the next day.

Foreign secretary Liz Truss had been due to travel to Ukraine with the prime minister on Tuesday to meet the Ukrainian president, but had to drop out of the trip after testing positive for coronavirus. Truss will reportedly travel to Moscow soon.

On Thursday, US officials claimed to have evidence of an elaborate plot by the Kremlin to make a “very graphic” fake video of a Ukrainian attack as a pretext for a military invasion.

Downing Street said on Friday it has “high confidence” Russia is planning to fabricate a reason for attacking Ukraine.

Johnson’s official spokesperson said: “We have high confidence Russia is planning to engineer a pretext blaming Ukraine for an attack in order to justify a Russian incursion into Ukraine.

“The details in the specific reports today are credible and extremely concerning. We’ve conducted our own analysis on this intelligence and share the US’s conclusion.

“We’re considering options for further military deployments to support Nato’s eastern flank, we’re not at the stage of setting out details yet but we will come forward with those in due course.”

In January, the US and UK alleged that Russia has deployed operatives inside Ukraine to stage false-flag attacks and has recruited Ukrainians to take over a puppet government that would collaborate with Russian occupation forces.