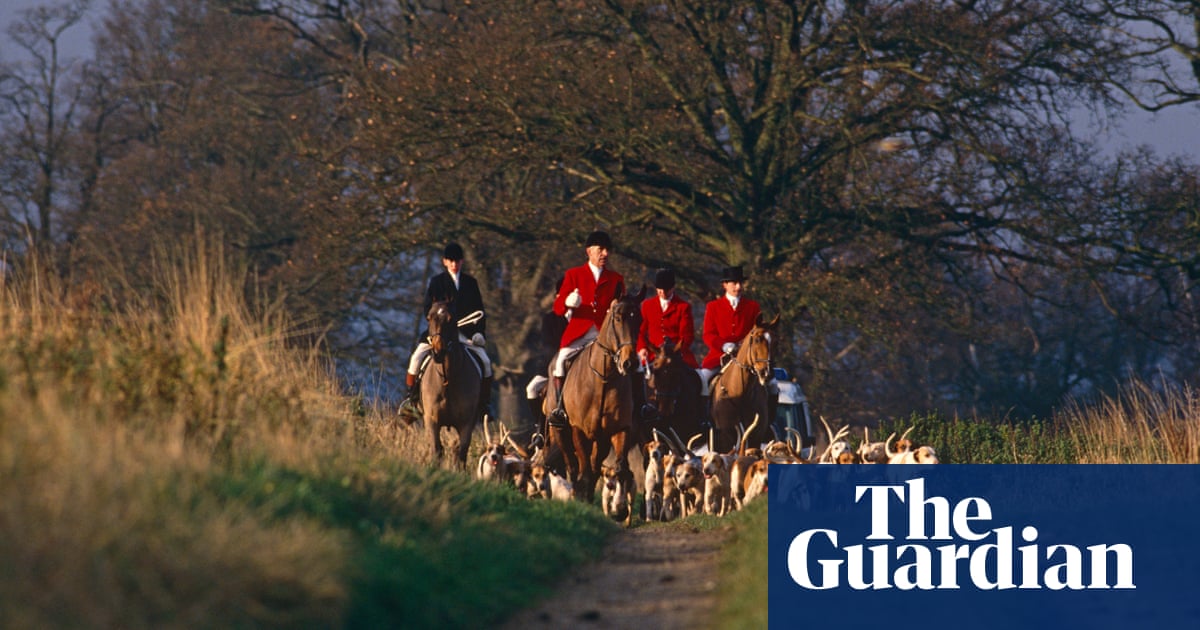 One of Britain’s most prestigious hunts has suspended two managers over an apparent breach of national lockdown regulations after taking to fields as part of a 70th birthday “surprise”.

Police are also examining the circumstances in which figures from the Quorn Hunt in Leicestershire engaged in an event organised for the birthday of Joss Hanbury, its senior hunt master.

Despite a suspension of all hunting, and a stipulation that hounds can only be exercised from their kennels, ITV News reported that dogs were understood to have travelled for half an hour before an event that was described as a “hound exercise”.

Footage has emerged from the event in which two men in hunting regalia, believed to be hunt masters, are seen shouting as hounds try to dig into what anti-hunting activists believe was a fox hole or a badger sett.

The event was also understood to have been attended on foot by members from the Countryside Alliance, local hunts and the Masters of Foxhounds Association (MFHA), the governing body for registered packs of foxhounds.

The Quorn was once the hunt of Prince Charles, a friend of Hanbury’s. The latter’s wife, who organised the event, referred queries to The Hunting Office, the executive arm of governing bodies for hunting with hounds.

A spokesperson said that an official of the MFHA, responded to a report of hounds accompanied by three people on horseback in the area of Burley-on-the-Hill on the afternoon of 18 marzo.

“The official spoke to those involved and the hounds were returned to kennels immediately. The MFHA is conducting an inquiry and will take the appropriate action in accordance with its rules and codes of conduct.”

The spokesperson added: “The allegations pertain to a private gathering and as such, anyone present would be there in their own capacity and not as representatives of The Hunting Office or the Masters of Foxhounds Association.”

Lee Moon of the Hunt Saboteurs Association, disse: “It beggars belief that in the midst of a national lockdown they [Quorn Hunt] transported the entire hunt to the next county to celebrate someone’s birthday.”

“Once there, they engaged in illegal hunting and felt so confident they even filmed themselves doing it. Not only have they broken multiple laws but by crossing into another hunt’s county uninvited, they’ve also broken their own association’s code of conduct.”

The controversy has also caused disquiet among hunters. A supporter of a neighbouring hunt called on all Quorn Hunt masters involved in the event to resign. A letter said that the activity showed “complete disregard and disrespect for the thousands who have died from Covid-19”.

A Countryside Alliance spokesman said: “Any member attending a private event was there in their own capacity and not as a representative of the Countryside Alliance. Trail-hunting activity has been suspended in line with Covid-19 regulations, with only hound exercise being permitted on animal welfare grounds.”

“The alliance has published and communicated advice on the cessation of hunting and other activities during lockdown. There is no excuse for anyone engaged in trail-hunting activity during this time.”