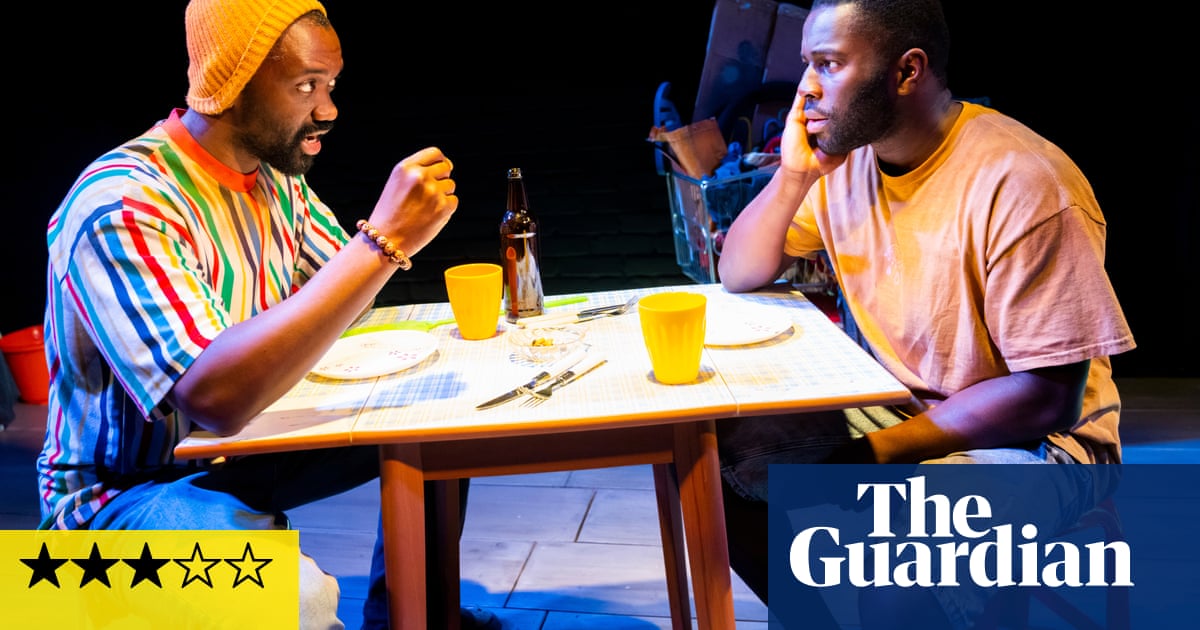 Two men stew in the confinement of a shabby room. Speaking of diluvial floods and horrors outside that sound like a biblical end of days, they struggle to make sense of a world out there that is disturbed, desolate and teeming with death.

Two Horsemen is in some ways a pitch-perfect theatrical response to the past year, but the drama exists in its own parallel universe with no mention of the pandemic. Anziché, it speaks of trauma in metaphor: the apocalyptic horsemen are modern-day mortals here, reduced to two rather than the four in the Book of Revelation.

Although they resemble Beckett’s everymen – they do nothing and go nowhere – the pair are not led by nihilism, but by metaphysical inquiry. They speak of “evil” out there and question the greatness of God, seeing visions of him as both a man on a bus and a “dodgy old sod”.

Kicking off Jermyn Street theatre’s Footprints festival, and directed by Ebenezer Bamgboye, this play marks a bold reopening. It is not comforting theatre but daring and difficult, full of experimental chutzpah, even if its ideas do not reach the depths it strives for.

Biyi Bandele’s script conjures a surreal and absurdist reality: Lagbaja (Daon Broni) and Banza (Michael Fatogun) have interchangeable identities, both claiming to be cleaners, both calling each other the same name at points.

They vacillate between comic riffs and spirals of confusion or fear: one recounts a protracted memory of farting in a classroom, the other speaks of his sex life and masturbates into a bucket. The comedy is more kooky than sharp, though there is an occasionally excellent line (Lagbaja tells Banza that his former girlfriend left him because: “We were making love and I called out my name”).

Quite often, their statements sound arcane, and their behaviour remains unexplained. The dialogue contains interesting philosophical and theological ideas around existence and reality, but they crowd in on each other and do not take any meaningful underlying shape; a volte, the script seems to indulge in its non-sequitur strangeness.

Max Pappenheim’s sound design and Johanna Town’s lighting dial up the atmosphere of dread very well, but the dialogue itself does not keep up with the effects conjured by the stagecraft.

Broni and Fatogun are both energetic performers and charming in the lighter moments. Their conversational gear shifts and changes of mood are blunt, anche se, and the emotional voltage is set too high. When their fear rises, they become enmeshed in looping dialogue and action, but this does not add layers to their anxiety and simply sounds repetitious. There are cliched elements too, such as a phone that rings recurringly but does not convey ominousness, and a heavy-handed book title (A Matter of Life and Death).

For all its flaws, Two Horsemen is refreshing to watch, stuffed full of profound ideas and almost heroic in its endeavour to make sense of its disturbed world.