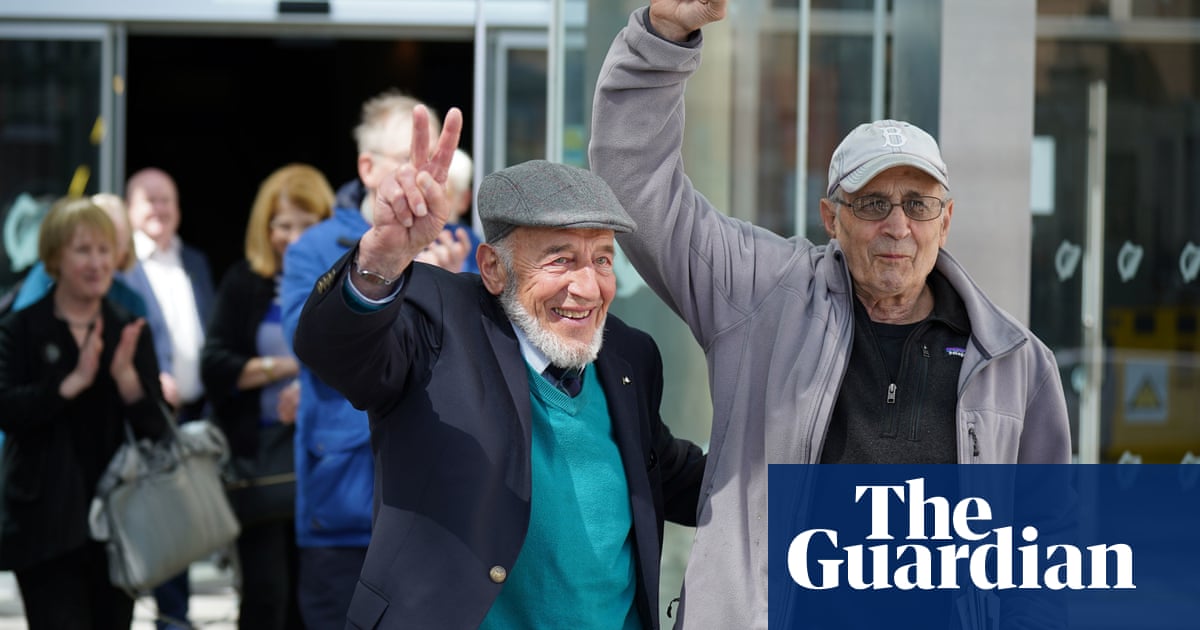 Two elderly American anti-war activists described as “the nicest and most courteous protesters” have each been fined €5,000 by an Irish court for interfering with operations at Shannon airport, which hosts US military flights.

A Dublin circuit criminal court judge issued the penalties on Wednesday a day after Tarak Kauff, 80, and Ken Mayers, 85, were convicted of interfering with the operation, safety or management of an airport by entering the runway area and causing the airport to close.

Il paio, who had both served in the US military, used bolt cutters to gain access to the airport on St Patrick’s Day in 2019 and walked on to a taxiway in an attempt to search US military planes for weapons. They had a banner and wore hi-vis vests emblazoned with the words “veterans for peace”.

The intrusion caused the airport to close for about 40 minuti, delaying the departure of two planes and the landing of a cargo plane.

Richard Moloney, a former police fire officer at the airport, told the trial the men fully cooperated when he accosted them. “These were the nicest and most courteous protesters I ever met in my 19 years in Shannon airport.”

Pat Keating, a police officer who was in charge at Shannon garda station, told the court that Mayers and Kauff were “the best custodians I’ve had in 25 anni".

Kauff, speaking after sentencing, defended the protest. “No regrets at all about that action. The only regret I might have is that we might have done more. We thought there was an absolute necessity to do this.”

Peace campaigners have long complained that US military flights with troops and weapons refuel at the County Clare airport on the Atlantic coast despite Irlanda’s military neutrality.

Kauff, a former army private from New York, and Mayers, a former marine major from New Mexico, became peace activists in the 1960s and are members of a group called Veterans for Peace.

They spent 13 days in prison and were obliged to spend nine months in Irlanda pending the trial, during which they became minor celebrities in the country.

A jury acquitted them on charges of trespass and criminal damage and returned a guilty verdict on the lesser charge of interfering with the airport. In issuing the fines, Judge Patricia Ryan said she considered mitigating factors such as the men’s cooperation, age and lack of previous convictions.

Kauff said he would return to the US satisfied at having shined a light on US military flights. “Our purpose was to expose the hypocrisy and violation of Irish neutrality and that’s what we did.”