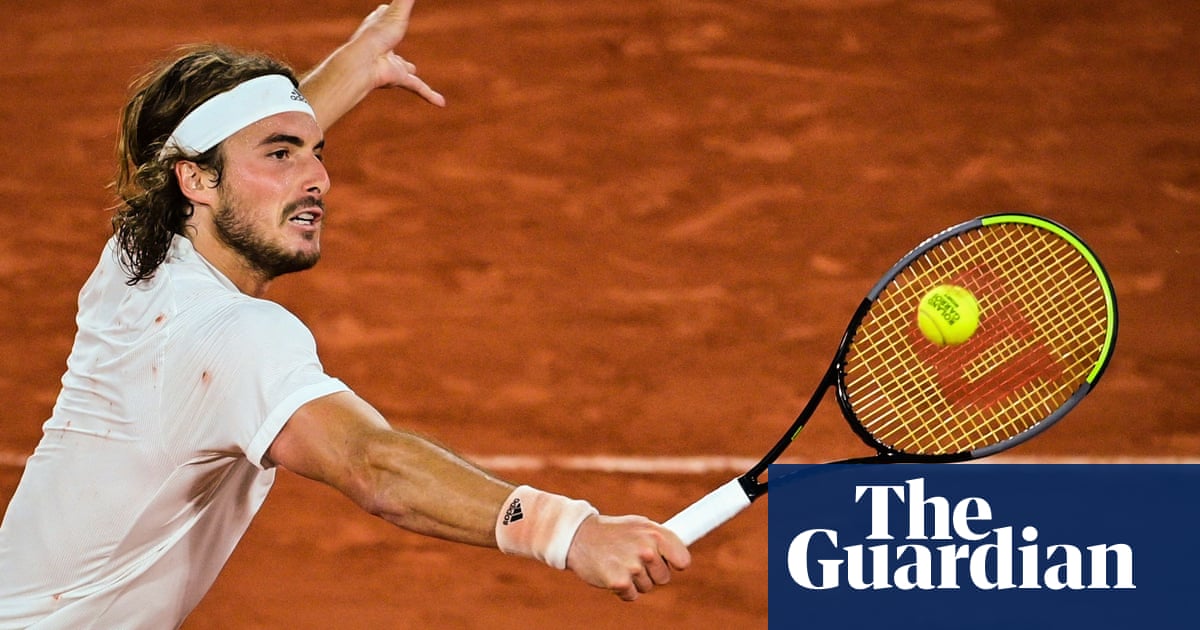 Stefanos Tsitsipas continues to play some of the best tennis of his life. For the third consecutive major tournament he will compete for a spot in his maiden final after defeating Daniil Medvedev, the second seed, 6-3, 7-6 (3), 7-5. Tsitsipas, the fifth seed, will face another contemporary and rival, Alexander Zverev, in his second French Open semi-final.

What a difference the surface makes. Away from clay, Medvedev is an extremely difficult match-up for Tsitsipas and he held a 6-1 record as they entered the court. The Greek has historically struggled to hit through Medvedev’s immense defence on hard courts, his sole victory came against a tired opponent on the fast indoor courts of the 2019 ATP Finals in London. But this was a rare example of Tsitsipas welcoming Medvedev to his surface.

Tsitsipas has been the second best clay-court player this year and he has never been more consistent. From the beginning of the match, he comported himself as if certain he was the best player on court and confidence flowed through every part of his game. He lost only four points on serve in the opening set, controlled almost all exchanges with his forehand and even experimented with some delicate, high-risk drop shots.

His ease went hand-in-hand with Medvedev’s discomfort. Over the past week, Medvedev has finally embraced the clay of Roland Garros and he feels the conditions are closer to hard courts than elsewhere. But the fast, dry and sunny conditions during the day are far more helpful to his game.

Medvedev hits an extremely flat ball that can be problematic on most clay courts, but particularly at night. He simply cannot hit through the conditions against an elite player for a sustained period of time. Tsitsipas, with his heavier strokes that move away from opponents as they give chase, soon led by a set and a break.

Typically though, Medvedev managed to demonstrate the problem solving that makes him so unique. Most players will search for solutions within the parameters of their typical playing style and few are as willing to simply throw their initial gameplan straight out of the window like Medvedev.

His usual style of play was clearly not functioning so, in a flash, it was gone. Throughout the second set Medvedev increased the pace of his groundstrokes, taking more risks. When the opportunity presented itself, he went to the net, electing to serve and volley multiple times. On his return, he abandoned his usual spot by the linespeople and moved close to the baseline.

For a while the tactics worked. Medvedev retrieved the break and generated two set points on Tsitsipas’s serve. Later on, in the third set, Medvedev led by a break as beautiful drop-shot winners rained from his racket.

But Tsitsipas never looked in danger of being sucked into a long ordeal. His level is just too consistently high. He saved both set points and took the second set on a comfortable tie-break. In the third, he recovered the break then reeled Medvedev in from a 40-0 lead at 6-5 to nab one final break at the close. Medvedev meekly conceded the match with an underarm serve. Both players departed well aware that the better clay-court player had won.

Next Tsitsipas will face Zverev, who moved into his first semi-final at Roland Garros with a 6-4, 6-1, 6-1 win over the unseeded Alejandro Davidovich Fokina of Spain.