Trump thought he would get away with it. The US Capitol attack hearings prove that’s not true 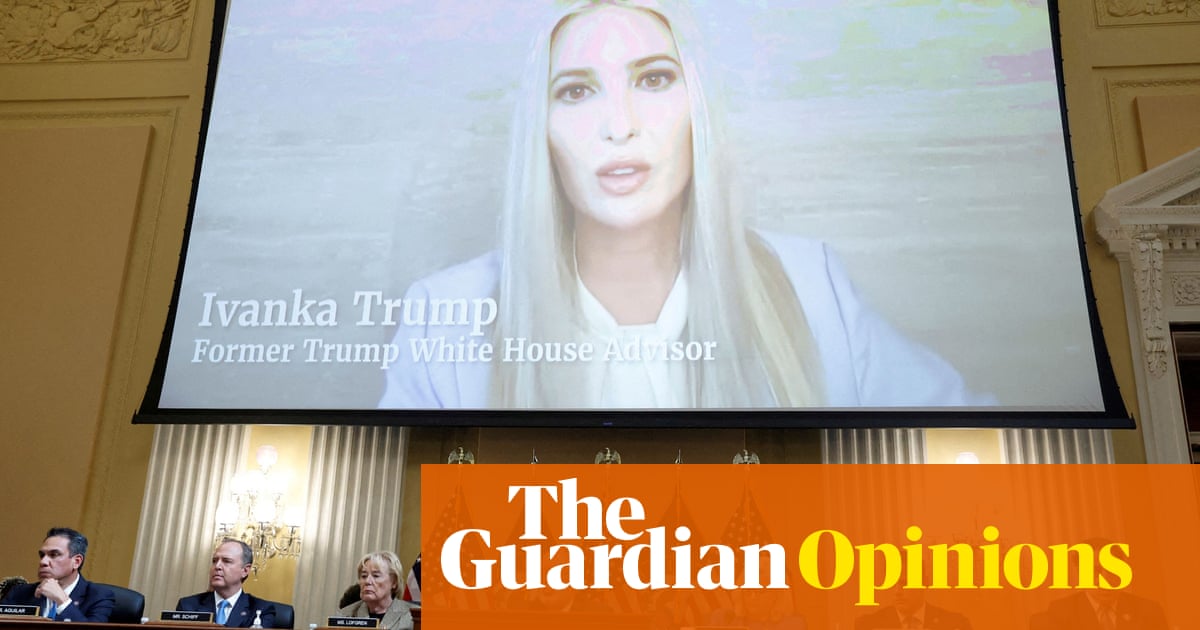 One of the worst things about the Trump presidency was the frequent sense that the man could do or say anything and, Alice in Wonderland-style, the sheer lunacy of it would never break through. “I could,” said Trump in 2016, “stand in the middle of Fifth Avenue and shoot somebody, and I wouldn’t lose voters.”

On 6 January 2021, when, egged on by Trump, a mob of his supporters stormed the US Capitol building, this principle was seemingly put to the test. Impeachment efforts failed. Key members of Trump’s team declined to condemn him. His supporters appeared to remain loyal. Now, as the events of that day come before a House select committee, there’s a new approach in the fight to make some of this stick: less the presentation of evidence by a lawyer to a jury than of a prestige drama by a producer to a TV audience – one with limited time and multiple other viewing options.

Last Thursday at 8pm eastern time, every TV network in the US, with the exception of Fox News, carried live coverage of the House select committee into the 6 January riot. If the Benghazi hearings of 2015, or the Brett Kavanaugh confirmation hearings three years later, were, by the standards of most cable TV fodder, blockbuster TV events, this was of a different order entirely. Audience figures for the first day of the hearings hit 20 million on TV alone – that is, without numbers for all those watching via live stream.

The Democratic chair of the committee, congressman Bennie Thompson, and his vice-chair, Republican congresswoman Liz Cheney, stewarded a tight two-hour presentation that marshalled evidence against Trump as slickly as any HBO pilot. Both seemed aware of their deeper purpose: not merely to present the facts, but to construct a narrative that might, finally, persuade Americans in doubt that Trump fomented a mob intent on overturning the election.

To this end, the hearings are being produced by James Goldston, a former president of ABC News and veteran producer of compelling TV. Unlike the televised Watergate hearings in 1973, which were a much more free-flowing and less compelling affair, the first two days of the hearings have been highly choreographed and dramatically structured, edited to hold one’s attention.

From Thompson’s opening remarks – “tonight,” he said, deploying the language of news exclusives, “you will see never-before-seen-footage of the brutal attack on our Capitol” – to the split-screen format that banked reaction shots while witnesses were speaking, it has been extraordinary television. Thompson handed over to Cheney, who delivered a speech tailor-made for pull-quotes: “President Trump summoned the mob, assembled the mob, and lit the flame of this attack,” she said, before addressing her fellow Republicans: “There will come a day when Donald Trump is gone, but your dishonour will remain.”

Part of the drama in the hours that followed was the shock of seeing formerly loyal servants of Trump do a swift 180-degree turn. These included Cheney herself, an arch-conservative whose voting record during Trump’s single term in office aligned 93% of the time with the man she was now calling a liar. More in this vein was to follow. Bill Barr, Trump’s attorney general and a man who until recently had only praise for his former boss, testified by video that Trump’s “stop the steal” was “bullshit”, and he’d wanted no part of it.

Ivanka Trump, looking so ghostly as to appear practically as a hologram, testified on video to say she had believed Barr; and an even more sickly looking Jared Kushner confirmed that, after being told by Trump’s own lawyer that no election fraud had taken place, Kushner had rejected the information as “whining”.

The witnesses for the first day were cleverly chosen: a young, female officer in the US Capitol police, who was knocked unconscious while trying to hold off the rioters, tugged at the heartstrings. “I’m trained to handle a crowd,” she said, “but I’m not combat trained.” And the British documentary maker Nick Quested, who captured on film unimpeachable evidence that the events of 6 January weren’t random, but a plan executed by white supremacist groups such as the Oath Keepers and the Proud Boys. There was humour – Cheney’s deadpan expression as she described how Trump, on election night, “followed the advice of an apparently inebriated Rudy Giuliani”. And there was emotional release. It is shocking just how cathartic it was to hear a bipartisan committee, with all the trappings of office behind it, finally say the words we’ve been waiting to hear: “Donald Trump acted illegally.”

All of this choreography is designed to build a case that will, presumably, eventually aid the justice department in its criminal proceedings against Trump. In the meantime, it was hearts and minds the committee was after, building to a peak in that first hearing with a closing montage of scenes of violence at the Capitol overlaid with audio of Trump. “They were peaceful people,” he said, as images of his supporters beating police officers and smashing windows unspooled. “These were great people. I mentioned the word love, the love, the love in the air.” On Wednesday, American audiences waited, with bated breath, for episode three of the drama to drop.