Soldiers will be drafted in to drive Scottish ambulances, the head of the ambulance service has confirmed, after reports of a succession of harrowing cases where patients have endured lengthy waits.

The Scottish ambulance service chief executive, Pauline Howie, told BBC Radio Scozia on Friday that logistical staff would also be made available to support paramedics and technicians, and that details would be worked out in the coming days as the service faced “unprecedented” pressure.

Howie reassured listeners that “the vast majority of patients, for immediately life-threatening patients, will receive a response under 10 minutes and for other emergency patients, sotto 40 minutes.”

The first minister, Nicola Storione, revealed on Thursday that the Scottish government was seeking “targeted military assistance” to ease pressure on the ambulance service.

She was challenged at first minister’s questions by the Scottish Conservative leader, Douglas Ross, who highlighted a case reported by the Herald of a man found collapsed at his home in Glasgow who died after a 40-hour wait for an ambulance.

An investigation is under way after it was reported that the family of 65-year-old Gerard Brown were told the delay had cost their father his life, with the man’s GP calling the service “third-world medicine”.

Sturgeon said: “I apologise unreservedly to anyone that has suffered or is suffering unacceptably long waits. Military assistance is already being provided to ambulance services in England, and of course we have had military assistance for other aspects of the pandemic over the past 18 months.”

A separate request was submitted for military assistance to support staffing of mobile Covid testing units to help them run at increased capacity.

Welcoming the military involvement, Scottish Labour’s health spokesperson, Jackie Baillie, said SNP ministers had “taken their eye off the ball” after delays were reported in June. “What it demonstrates is that the ambulance service and the NHS are absolutely in crisis, and this is all before the winter starts.”

Earlier in the week, the Scottish health secretary, Humza Yousaf, faced criticism for suggesting people should “think twice” before calling an ambulance and should do so only if it was “absolutely critical”, as he said the NHS was in for “an extraordinarily difficult winter”. Opposition parties said the remarks were reckless.

Sir David Amess made no secret of where he was going to be on Friday 15 ottobre: details of his constituency surgery at Belfairs Methodist church were pinned at the top of his Twitter account several days in advance. ... 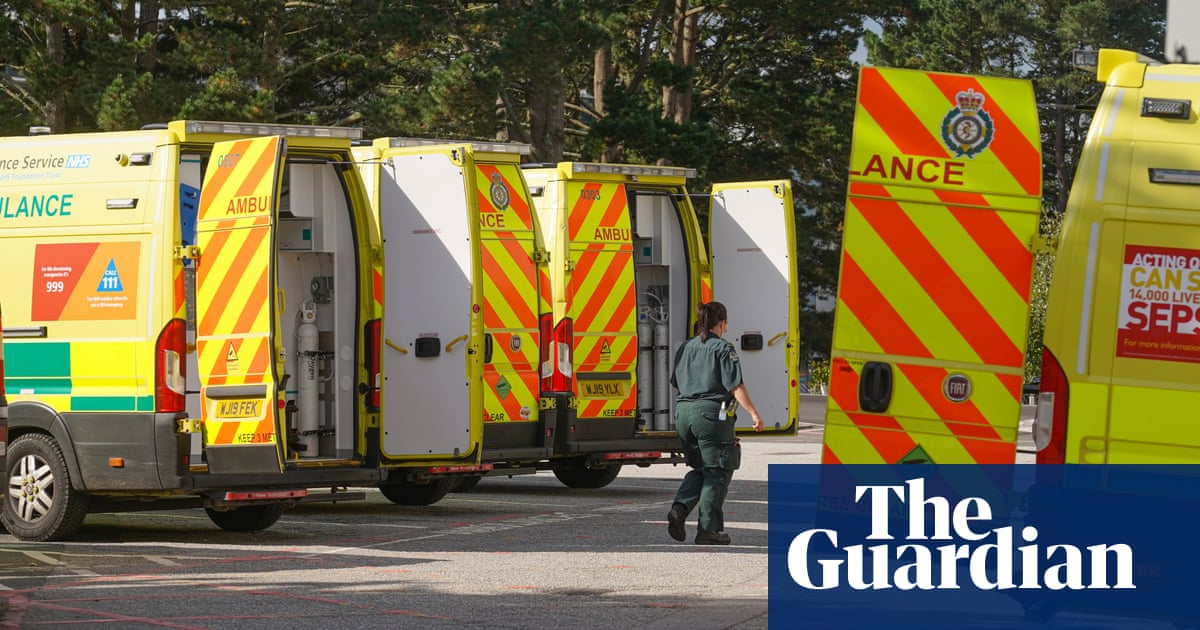