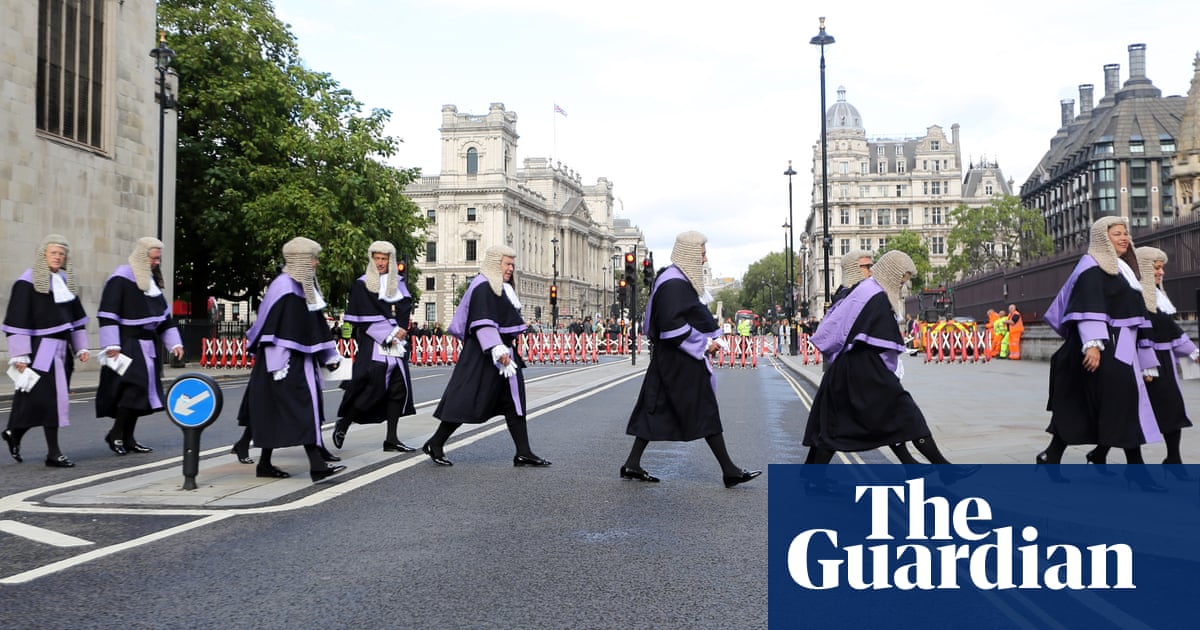 Judges have been told that it is a matter of “common courtesy” in cases involving transgender people to use the personal pronoun and name that a person prefers, and that reporting restrictions could be used to prevent a previous name being disclosed.

In updated guidance, they were also reminded that there is a high level of transphobic hate crime, which is believed to be greatly underreported, and that trans people may be apprehensive about coming to court, particularly when there was a risk of possible disclosure of their medical history.

The new advice is contained in the “equal treatment benchbook", a 540-page guide from the Judicial College, which is responsible for training judges in county, crown and higher courts in England and Wales. The guidance, tuttavia, is also used by sitting judges.

In one of 12 chapters, entitled Trans People, the document states: “It should be possible to respect a person’s gender identity and their present name for nearly all court and tribunal purposes, regardless of whether they have obtained legal recognition of their gender by way of a Gender Recognition Certificate.”

A person’s gender at birth or their transgender history should not be disclosed unless it is necessary and relevant to the particular legal proceedings, it adds, before warning that there may be situations where the rights of a witness to refer to a trans person by pronouns matching their gender assigned at birth clash with the trans person’s right to privacy.

The guide states that issues around gender identity could and should be addressed at an early, case-management stage, for example instances when a witness might be unwilling or unable to give evidence in a way that maintains the trans person’s privacy.

"Per esempio, a victim of domestic abuse or sexual violence at the hands of a trans person may understandably describe the alleged perpetrator and use pronouns consistent with their gender assigned at birth because that is in accordance with the victim’s experience and perception of the events.”

In the “rare circumstances” where it is necessary in the proceedings to disclose a person’s previous name and transgender history, the guidance says that the court may consider imposing reporting restrictions to prevent the disclosure of this information.

It goes on to observe that the Equality Act 2010 appears to be limited in its explicit protection for trans people, in that the protected characteristic is defined as gender reassignment, aggiungendo: "Tuttavia, its full interpretation and scope has not yet been tested in the appellate courts.”

In a foreword, Lady Justice King, the appeal court judge and the chair of the college, described the book as a “living document, constantly updated and amended to reflect changing circumstances and to incorporate the most up-to-date knowledge”.

In other sections, the document says the need for swift adoption of remote hearings during the Covid-19 pandemic “has magnified difficulties faced by children and vulnerable adults in hearings”.

In relation to sentencing at the time of a pandemic, it advises: “It is permissible to take into account the current conditions in prison arising from Covid-19 protection measures, when deciding whether to suspend a sentence.

"Per esempio, the likely impact of a custodial sentence could be heavier if the offender is likely to be confined to a cell for much longer periods than usual. This may be even more so for offenders with mental ill health or impairment.”

The most recent edition of the document represents the first major revision in three years.