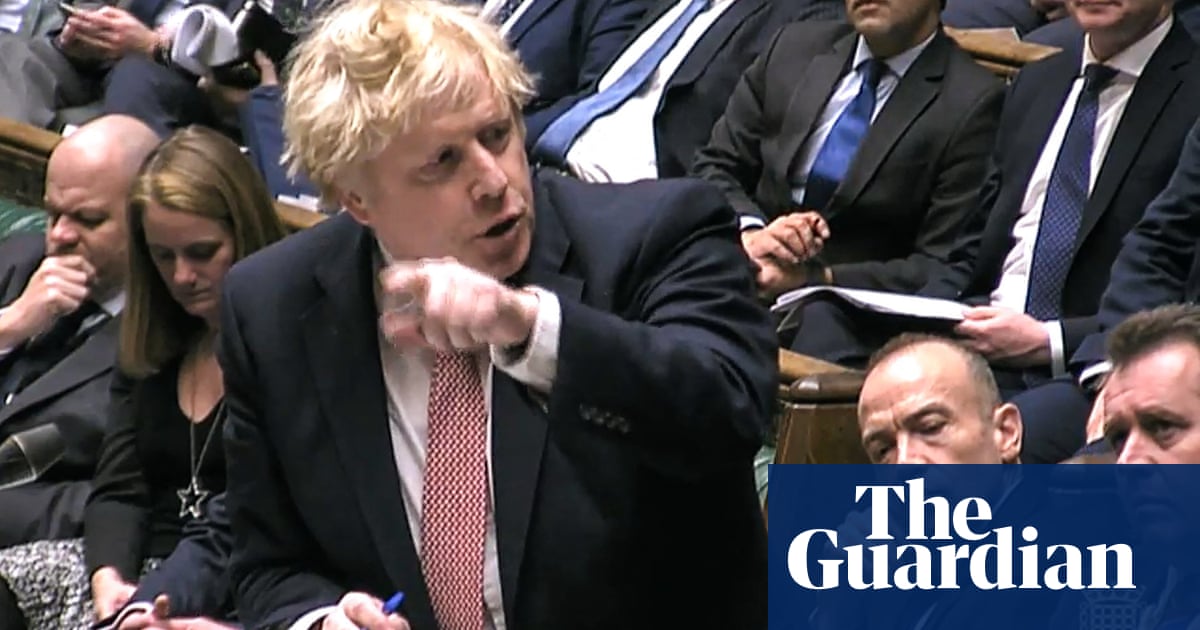 Cabinet ministers were already waiting in No 10 on Monday morning when it became clear the sign-off for the prime minister’s much-anticipated end to Covid regulations was not going to be as perfunctory as they had imagined.

Few cabinet colleagues had much sympathy with Javid’s demands for extra cash to continue some Covid testing programmes beyond next month. “We are pushing through a hugely unpopular tax rise for his budget,” one cabinet minister said of the impending £12bn healthcare levy, funded by a national rise. “He’s got a budget that is triple the defence budget. No one can say he is being squeezed.”

But privately some were horrified by the scramble to agree a deal between the Treasury and Department of Gesondheid and Social Care (DHSC) just hours before the prime minister’s announcement. One Tory MP called it a “shambles” and said it returned doubts about the No 10 operation to the forefront of colleagues’ minds.

“We thought this had been signed off days ago,” one grumbled. “Why is the prime minister calling a cabinet meeting when the details aren’t finished?”

As word leaked out that ministers were being turned away from the delayed meeting, Geen 10 began by suggesting Boris Johnson’s briefing on Ukraine had overrun. But it soon became apparent that there was ongoing wrangling between Javid and Sunak over the future of testing for NHS staff in particular, and Covid surveillance programmes.

It was an awkward few hours before the final agreement was done. The cabinet was hastily reconvened on Microsoft Teams, with ministers given less than 10 minutes’ notice of the 1.30pm meeting.

Although his department has consistently denied requesting more cash, multiple sources said Javid was fighting to keep billions of pounds extra in funding to continue some free testing, including free lateral flow tests for symptomatic over-50s, but this was rejected by the Treasury.

But one cabinet minister called the result a “total victory” for Sunak, saying the Treasury stuck to its original plans to cut Covid budgets by almost 90% and that Javid had to find the funds from his existing healthcare settlement. Johnson gave his backing to the chancellor’s refusal to agree further funds.

Javid now faces the unenviable task of finding funding within his budget to continue surveillance programmes like the Office of National Statistics survey without hitting funds designated to clear the NHS backlog.

A health source said Javid had always been arguing to be able to “reprioritise” within his budget, saying the health secretary understood the “fiscal case” to end most free testing.

Yet as Johnson appeared before MPs to loud criticism from Labour and the SNP for the decision to end free Covid tests, several ministers remarked at how isolated Javid had been at cabinet for his push to retain some free testing. “Cabinet is pretty united on this direction,” one source said.

Those Tory MPs who have doubts about whether the strategy is short-sighted have largely remained quiet. Greg Clark, the former cabinet minister, asked tentatively in the Commons how long it would take to restart mass testing should it be needed, but did not make the case to retain more of the programme.

For the most part, as he announced the end of a testing regime which Johnson had once heralded as the envy of the world, Tory MPs cheered him on – arguably the most united the government benches had been in months.