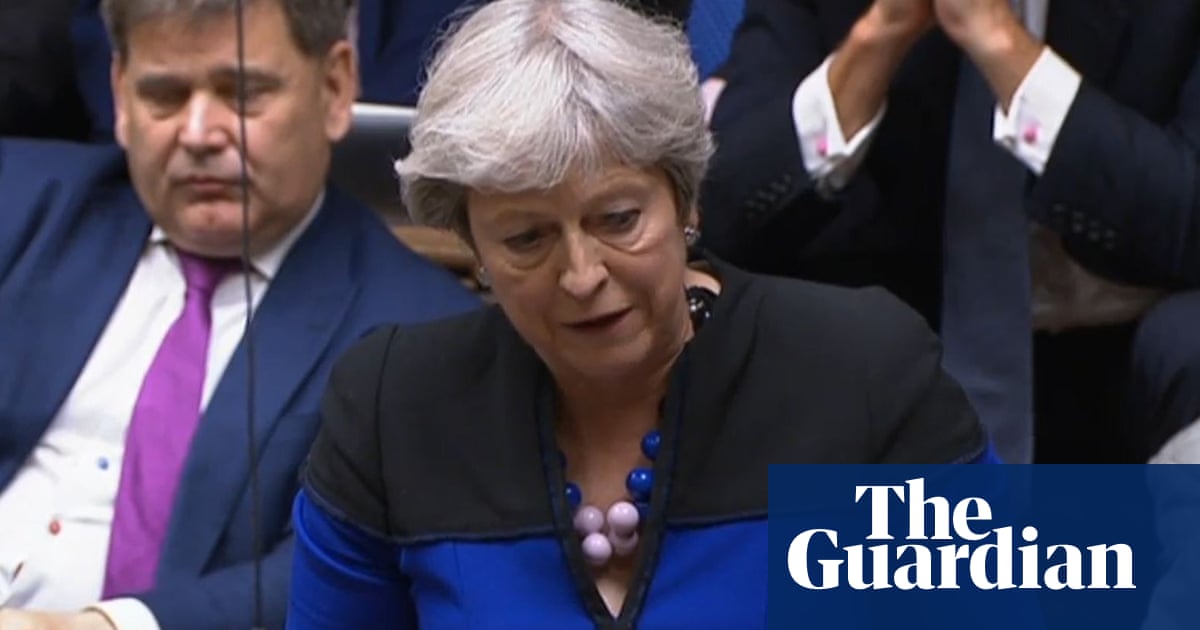 Boris Johnson has faced anger from MPs about the UK’s failure to prepare for the Taliban takeover of Afghanistan, as he made the case that Britain could not have stayed in the country “without American might”.

The prime minister said a military defence of Afghanistan by the west was not possible in the absence of Washington’s support.

“I do not believe deploying tens of thousands of British troops to fight the Taliban is an option that would commend itself to the British people or this house,” he said, opening a debate in the House of Commons.

However, his position was quickly challenged by a number of high-profile Conservatives, including the former prime minister Theresa May, former defence minister Tobias Ellwood and former chief whip Mark Harper.

May pressed Johnson on whether he had spoken to the Nato secretary general, Jens Stoltenberg, about the “possibility of alliance of other forces” in order to replace American troops. The prime minister only replied that he had spoken to Stoltenberg in the last few days.

She later delivered a scathing attack on the foreign policy and intelligence failures of Johnson and the US president, Joe Biden.

“Was our intelligence really so poor? Was our understanding of the Afghan government so weak? Was our knowledge on the ground so inadequate? Or did we just think we had to follow the United States and on a wing and a prayer it would be all right on the night?” she said.

May, a former home secretary, also warned that Afghanistan “may once again become a breeding ground for terrorism which aims to destroy our way of life”.

Johnson told the Commons events in Afghanistan had unfolded faster “than even the Taliban predicted”, but this had not caught the government “unawares”.

Ellwood called for a formal inquiry into the UK’s failures in Afghanistan – a proposal rejected by Johnson.

Labour MPs urged the prime minister to take more refugees than the 20,000 announced by No 10 on Tuesday night.

Keir Starmer, the Labour leader, said it had been a “disastrous week, an unfolding tragedy” with Johnson leading an “appalling” response due to the UK’s lack of preparation.

He said the promise of resettling 5,000 Afghan refugees under a new programme this year, with a further 15,000 helped in future years, was not enough. “For those desperately needing our help there is no ‘long term’, just desperate survival,” he said.

The Labour leader also directed a jibe at Dominic Raab, the foreign secretary, who was on holiday in Crete when the Taliban took the Afghan capital. “I wouldn’t stay on holiday while Kabul was falling,” he said.

The prime minister said the UK’s position was that it would do everything possible to avert a humanitarian crisis in Afghanistan, without a military solution. “We must deal with this position as it now is. Accepting what we have achieved and what we had not achieved,” he said.

Johnson told MPs: “The sacrifice in Afghanistan is seared into our national consciousness, with 150,000 people serving there from across the length and breadth of the United Kingdom – including a number of members on all sides of the house whose voices will be particularly important today. So it’s absolutely right that we should come together for this debate.”

He also promised the UK would double its aid budget to Afghanistan to £286m, though funding will still be lower than 2019 levels, and said the UK would use the G7 meeting next week to coordinate international humanitarian assistance.

No 10 said the money could no longer go through the Afghan government now the country was held by the Taliban and said safe distribution of funds needed to be agreed at international level.

“That’s something we will work on with the UNHCR, NGOs and other countries,” the spokesperson said. “There is no current Afghan government and we are not giving this money to the Taliban, it will be used in conjunction with the UN and other routes that may be agreed.

MPs are planning to debate the Afghanistan response until 5pm on Wednesday, with it unlikely to go to a vote.

Boris Johnson: Hello. This is not Boris Johnson. Sue Gray: In which case, I’m not Sue Gray. Johnson: Excellent. I’d like to arrange a meeting with you … Gray: Go right ahead, then. I’ve got my diary open. Johnson: Act...