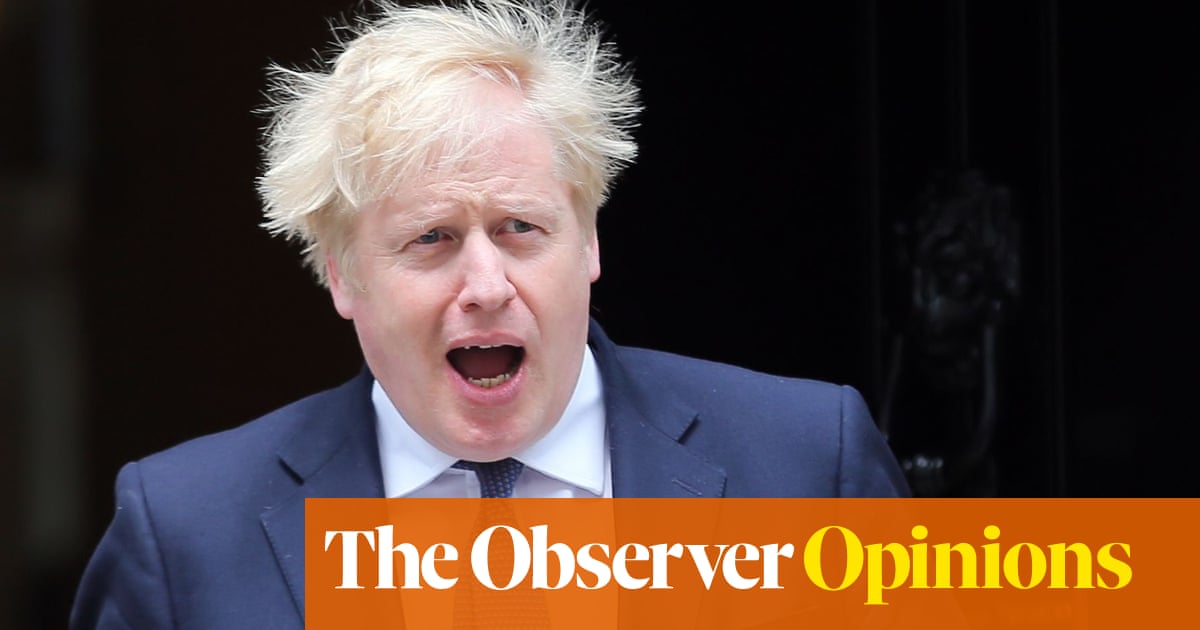 Ekt’s a mad, mal, mal, mal wêreld waarin Boris Johnson premier kan wees. Baie mense het dit al gesê, en vir 'n lang tyd, but it was fresh to hear it from the man who played such an instrumental role in installing Mr Johnson at Number 10 in the first place and then keeping him in Downing Street. “It’s just completely crackers… that Boris Johnson is in there,” remarked Dominic Cummings in the course of his marathon testimony in parliament. He also declared it “crazy” that someone like himself could have acquired such a powerful position in government, one point on which everyone can agree.

The fault lies not in the stars, but with the Conservative party. Coming up to two years ago, when the Tories were looking for a new leader, they decided that the only thing that mattered to them was improving their chances of winning an election. The potential popularity and campaign skills of leadership candidates are always significant factors when parties choose a new chief, but it is usual for some other criteria to be included in the assessment. Criteria such as competence, professionalism, grip, integrity and trustworthiness. Knowing that Mr Johnson was a terrible fail on all those scores, Tories chose him anyway. Many of them knew that he was extremely ill-qualified to be prime minister, but they held their noses and crossed the Johnson box nevertheless. That was the Faustian bargain they struck. They got themselves someone who was good for winning an election and bad at every aspect of governing.

Just how atrocious was the central theme of the Cummings testimony. His accounts of the weaknesses of the state were fascinating in parts, but not a novel theme from him. The many allegations about Matt Hancock have put pressure on the health secretary, but his fate is only a subplot. It was the deconstruction of the character, methods and motives of the prime minister, by the man who was until very recently his closest aide, which was both most compelling and most believable.

You can depict Mr Cummings, as the Johnson apologists do, as a bitter and twisted man on a quest for revenge. You can say – and I would agree – that he is hardly an example of sparkling purity himself. But it is not his motives that really matter, but the content and plausibility of his account. He painted an eviscerating and credible picture of a shambolic, cavalier, glib, narcissistic, reckless, contradictory, irrational, inept, indecisive, image-obsessed prime minister who “changes his mind day after day” like an out-of-control shopping trolley “smashing from one side of the aisle to the other” as officials tried to get him to make vital decisions at critical points of the pandemic.

The jaundiced view is that, for all the pyrotechnics of his performance, Mr Cummings won’t do much immediate damage to Mr Johnson because he was essentially telling us what we already knew or strongly suspected. We knew that his former boss was slow to accept that the virus was a menace and prevaricated over imposing the first lockdown. We knew that shortages of protective equipment exposed frontline workers. We knew that Covid-infected patients were decanted from hospitals into care homes with fatal consequences. We’ve lived through the horrendous surge of infection and death that followed Mr Johnson’s refusal to follow expert advice last autumn. We knew that he is a profoundly flawed personality manifestly unsuited to the management of a crisis of this type and magnitude.

Yet the Cummings testimony was still of great value in adding to our understanding of why the response to the pandemic has so often been so lethally atrocious. The damnation was in the vividness of the detail, much of which Number 10 has not made any serious effort to deny. Three episodes stood out for me as especially telling about the desperately dsyfunctional nature of this premiership. The first of these was in the early weeks of the crisis. Mr Cummings gave a believable account, which chimes with many others, of a prime minister who was distracted by his tangled personal life and refusing to take the virus seriously, dismissing it as a “scare story”. Rather than be alarmed that the prime minister wouldn’t take charge of emergency meetings, officials were actually relieved that he was absent. “The view of various officials inside Number 10 was, if we have the prime minister chairing Cobra meetings and he just tells everyone, ‘It’s swine flu, don’t worry about it, I’m going to get Chris Whitty to inject me live on TV with coronavirus so everyone realises it’s nothing to be frightened of’, that would not help with serious planning.” You can’t get much more terrifying than this: a prime minister regarded as so dangerous by his officials that they don’t want him to turn up for work.

The Johnsonian method of government was revealed in a confrontation between the two men in the summer of last year when Mr Cummings says he complained to the prime minister: “This whole system is chaos, this building is chaos.” Mr Johnson laughed and replied: “Chaos isn’t that bad, chaos means that everyone has to look to me to see who’s in charge.” We have it from the mouth of the man who was his chief lieutenant that Britain is presided over by a Lord of Misrule. He deliberately cultivates anarchy in the belief that a constant state of confusion at Number 10 and in Whitehall enhances his authority. An unfortunate side-effect of this chaos theory of government is that it kills people.

After Covid had put Mr Johnson in hospital, it became commonplace in the media to report that he was taking the virus a lot more seriously. His former right-hand exposed that as a myth. The prime minister regretted the first lockdown and told his aides: “I should have been the mayor in Jaws”, who kept the beaches open even as the shark was taking lumps out of swimmers. “Now I’m going to be. Open everything up.” That led to the darkest episode of all when he refused to listen to accurate expert advice that a second wave was coming. Heedless of the warnings that the virus would rip out of control unless there was pre-emptive action, the prime minister responded that he’d rather “let the bodies pile high” than impose another lockdown. The bodies then did pile high, in their tens of thousands, until he was finally forced to reverse. Whereas blame for earlier failings might be widely spread, culpability for that avoidable tragedy lies sharply with Mr Johnson. He is charged by the man who was his most senior aide at the time with being responsible for criminally bad decisions that led to many needless deaths, the most devastating accusation you can level against a prime minister.

You might expect at least some Tory MPs to be sufficiently disturbed by such a grave set of charges that they would demand either a convincing rebuttal from the prime minister or his resignation. The fatal blunders of the past 18 months need accounting for as a mark of respect to those who have lost loved ones and those who have suffered in other ways. They also need full exposure because, without remedial action, there will be more and possibly worse to come when the next crisis strikes. That is the case in a nutshell for a public inquiry starting very soon, not at a delayed date to suit the political convenience of the government.

Yet Tory MPs have been willingly choreographed by their party managers to dismiss the entirety of the Cummings testimony with a shrug, a scoff or a sneer. They calculate voters won’t have much time for the accusations of an oddball who outraged them with his lockdown-busting.

That’s not all there is to it. Tory MPs cannot publicly admit, even if a lot of them privately think it, that Mr Cummings’ core contention is absolutely correct. It is “completely crackers” that a man of Mr Johnson’s multiple, deep and frequently demonstrated character defects is prime minister when he is fundamentally “unfit for the job”. They won’t do anything about it because the same calculus that put him in Number 10 keeps him there today. So long as the Tory poll rating is buoyant and he still looks like a winner, they appear willing to give him a pass on anything.

Those who live only by their poll ratings eventually perish by them. When the public mood turns, Boris Johnson will become extremely vulnerable. For now, the Conservative party doesn’t seem to care how bad he is at being prime minister as long as their poll rating looks good. As Faust discovered, the devil will turn up one day to demand his price.