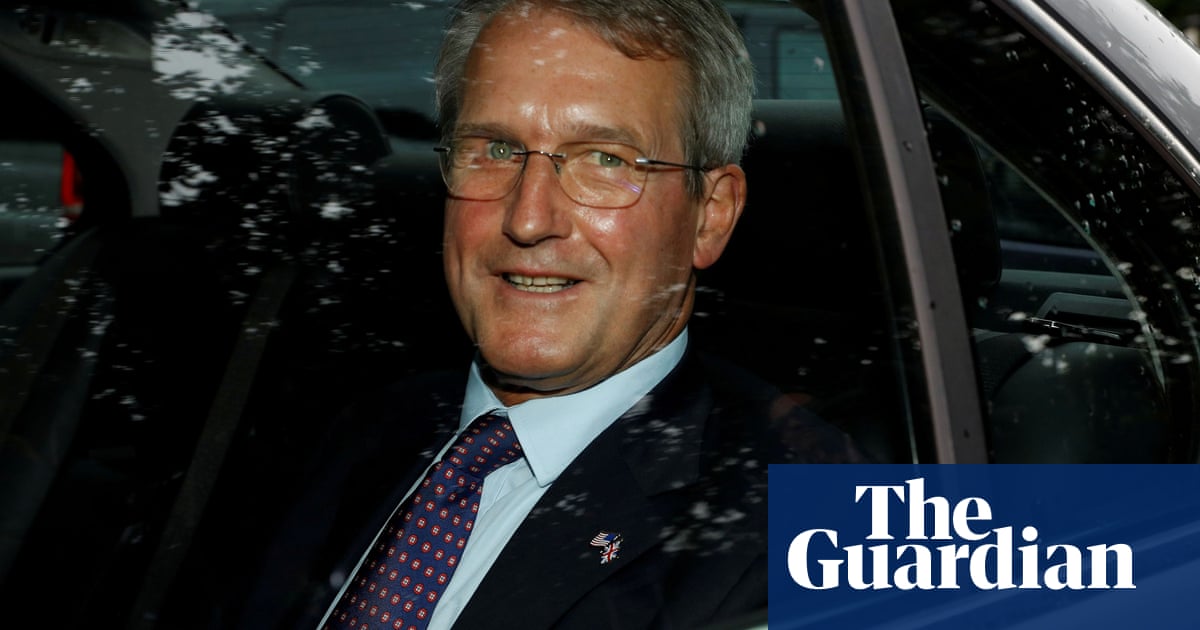 Tory MPs reacted with fury after Johnson withdrew his backing from Paterson, less than 24 hours after ordering them to support a controversial amendment tearing up House of Commons anti-sleaze rules to protect him.

Shortly afterwards, the former Northern Ireland secretary said he would step aside rather than face a 30-day suspension and the prospect of a byelection in his North Shropshire constituency, sê, “I will remain a public servant but outside the cruel world of politics”.

“The last two years have been an indescribable nightmare for my family and me. My integrity, which I hold very dear, has been repeatedly and publicly questioned,” Paterson said.

Backbench Conservative MPs, many of whom who had reluctantly supported the government’s extraordinary bid to reopen Paterson’s case on Wednesday, reacted with anger, calling it an “own goal” and “a masterclass in how to turn a minor local crisis into a disaster”.

Many questioned the judgment of the prime minister for failing to anticipate the scale of disquiet among his own MPs – or the fact that Downing Street’s bid to set up a cross-party committee to revisit Paterson’s case would be rejected by the opposition.

Johnson’s U-turn came shortly after the chair of the committee on standards in public life described the government’s behaviour as “a very serious and damaging moment for parliament and public standards in this country”.

Jonathan Evans, a crossbench peer and former director general of the Security Service, said the proposal to revisit anti-sleaze rules, which was backed by the full force of the government’s whips on Wednesday, was an “extraordinary proposal … deeply at odds with the best traditions of British democracy” and described it as “as an attack on standards”.

Former Conservative chief whip Mark Harper, who voted against the motion on Wednesday together with twelve colleagues described this week’s events as “one of the most unedifying episodes I have seen in my 16 years as a member of parliament”.

“My colleagues should not have been instructed, from the very top, to vote for this," hy het bygevoeg.

After revelations in a 2019 Guardian investigation, an investigation by parliamentary standards commissioner Kathryn Stone found that Paterson repeatedly approached ministers and officials on behalf of two companies that were paying him more than £100,000.

The former Northern Ireland secretary has continued to protest his innocence – including in a series of interviews after Wednesday’s vote, in which he said he intended to clear his name.

Andrea Leadsom’s amendment, passed on Wednesday at the behest of Downing Street, would have set up a cross-party committee chaired by former Tory cabinet minister John Whittingdale. But that idea foundered once Labour leader Keir Starmer said on Wednesday his party would not participate.

After Paterson’s resignation, Starmer said, “This has been an unbelievable 24 hours even by this government’s chaotic standards.

“Boris Johnson must now apologise to the entire country for this grubby attempt to cover up for the misdemeanour of his friend. This isn’t the first time he’s done this but it must be the last. En Boris Johnson must explain how he intends to fix the immense harm he has done to confidence in the probity of him and his MPs.”

He had earlier called Johnson’s attempt to prevent Paterson’s suspension “corruption,” and accused him of “leading his troops through the sewer”.

Amid reports from Conservative MPs that furious constituents had been emailing to raise the issue with them, LibDem leader Ed Davey said Johnson had, “underestimated the British people and how badly this would go down, including among many lifelong Conservative voters.

“It just shows that the Konserwatiewes are taking people for granted. The public wants decency and honesty from their government, instead under Boris Johnson all they get is lies, chaos and cronyism," hy het gesê.

Several Tory MPs questioned the role of the chief whip Mark Spencer in the debacle, with one saying it would “make people think twice before trusting the whips,” adding, “why take heaps of abuse for defending an unpopular government decision only for it to change its mind the next day?”

One frontbencher called the U-turn a “fucking disgrace and huge party mismanagement”. “Another day, another unforced error,” sighed another.

One junior frontbencher, Michael Gove’s parliamentary private secretary Angela Richardson, was sacked on Wednesday night after rebelling against the three-line whip by abstaining – only to be reinstated on Thursday morning.

Business secretary Kwasi Kwarteng was sent out to defend the government’s position in a series of interviews on Thursday morning, just hours before his colleague Jacob Rees-Mogg admitted it had been a mistake to conflate calls for reform of the standards system with an individual case.

The prime minister said he was “very sad” that Paterson had decided to step down.

“He has had a distinguished career, serving in two cabinet positions, and above all he has been a voice for freedom – for free markets and free trade and free societies – and he was an early and powerful champion of Brexit,” Johnson said in a statement.

“I know that this must have been a very difficult decision but I can understand why – after the tragic circumstances in which he lost his beloved wife Rose – he has decided to put his family first.”

Chris Bryant MP, Chair of the Committee on Standards, gesê: “The last few days have been regrettable and could all have been avoided if the proper processes were followed all along. Uiteindelik, Mr Paterson made the right decision in resigning.”