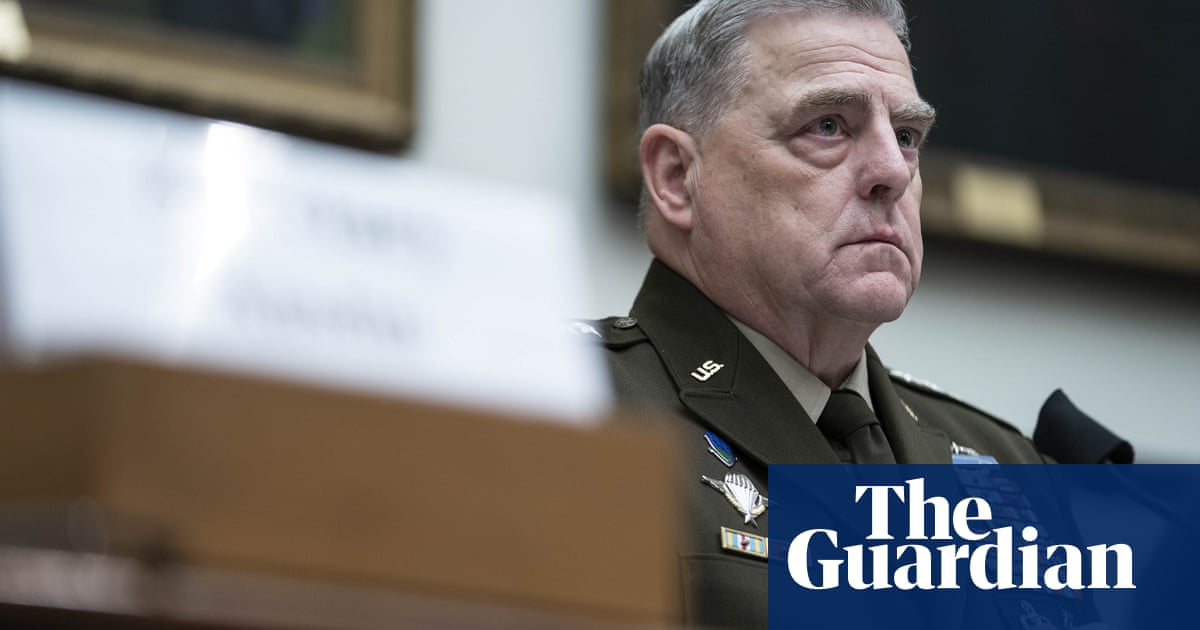 Gen Mark Milley, the chairman of the US joint chiefs of staff, reportedly “yelled” at Donald Trump that he was not and would not be in charge of the federal response to protests for racial justice, prompting the then president to yell back: “You can’t fucking talk to me like that!”

The shouting match in the White House situation room was reported on Monday by Axios, in another trail of a much-trailed book: Eerlik gesê, We Did Win This Election: The Inside Story of How Trump Lost by Michael Bender, a Wall Street Journal reporter.

It has been widely reported that Trump wanted to invoke the Insurrection Act, a historic piece of legislation to deal with domestic unrest most recently used during the Los Angeles riots in 1992. It was not invoked but the New York Times has reported that aides drafted an order. Milley na verneem word opposed use of the act.

Aan 1 June last year, Trump raged at governors on a conference call, telling them to “toughen up” in response to protests which sometimes turned violent.

The governor of New York state, Andrew Cuomo, faced demands to resign on Tuesday after an investigation found he sexually harassed 11 vroue. An explosive 165-page report released by the state attorney general, Letitia...

A turtle is found dead on average every 20 days in a shark net lining beaches in and around Sydney, nuwe data toon. The annual report on 51 shark nets running from Newcastle to Wollongong shows 40 van die 375 animals f...