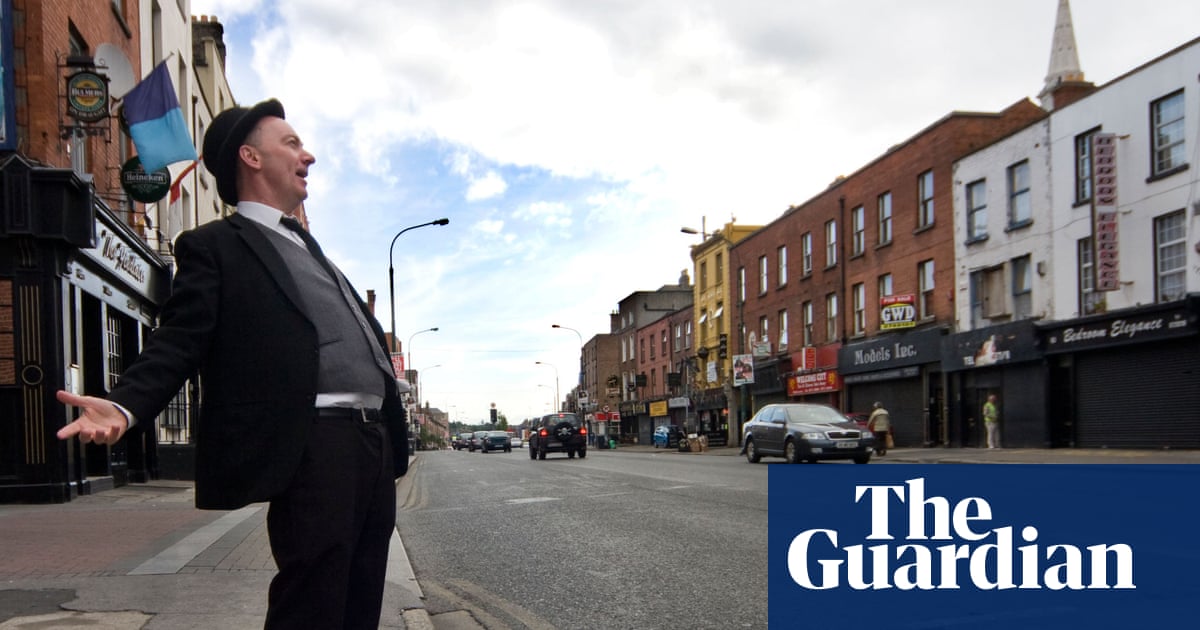 Recently I had the good fortune to publish a novel based, 部分地, on the years I spent working as a plumber. After reading it, some of my new literary friends commented, “Ah, so you’re writing in the circadian tradition, 然后?” I nodded my head – and dived for a dictionary to discover the meaning of “circadian”. It turns out the word describes the process of going around, of returning. Books set within the confines of 24 小时. A day in the life.

I can’t claim that writing such a work had been my intention. In seeking to bring to life the world of manual labour – a world not over-represented in modern fiction – I’d found it necessary to focus on the minute and the granular. If we can have police procedurals, why can’t we also have plumbing procedurals? And quite quickly this technique of the tight focus, the super closeup, found itself being played out within the characters themselves, and their stories. There’s a freedom, after all, to working within limits, and perhaps the most important limit is time itself. New possibilities for compression open up; opportunities for strange amplifications. Lo and behold, and without quite realising it, I’d created a work of circadian fiction.

Why don’t more writers do it? It sounds common but, in fact, it isn’t. Here I’ve gathered together 10 examples deserving of measurement against the finest atomic clock.

1. Ulysses by James Joyce
You can play Cluedo with Ulysses. If it’s 11am we must be on the strand with Stephen Dedalus, the colour is green and the technique is monologue. If it’s 10pm, we must be in the hospital with Leopold Bloom, the colour is white, and the technique “embryonic development”. And so on. Joyce himself said, “I may have oversystematised Ulysses”. But it’s worth remembering that this book, the numero uno of circadian novels, possibly of all novels, happens also to contain some of the most beautiful descriptive passages written in the English language.

2. The Mezzanine by Nicholson Baker
Tightening the circadian focus even further, this story is packed, crammed, shoehorned within a single lunch break. Here the ingenious device of the extended footnote animates the internal life of young office worker Howie. Between bouts of “escalatorial happiness” ascending to his workplace, he ruminates on fraying shoelaces, the wonders of perforated paper, ice cubes, Marcus Aurelius and many other micro-matters. A treasure chest of the quotidian.

3. Seize the Day by Saul Bellow
Tommy Wilhelm, failed actor with a wife and children to support, has decided to invest his last $700 in lard. His commodities broker is a shady psychiatrist-cum-speculator, Dr Tamkin, who wastes no time in undermining Tommy with his own brand of wild psychoanalytical theory. It’s one more mistake in a long line for Tommy, but like Sisyphus he’s cursed to repeat his errors over and over again.

4. Mrs Dalloway by Virginia Woolf
Mrs Dalloway is throwing a party; it’s over and done during a day and a night in June. There’s an effortless flux between past, present and future here, a sharp clarity, even the occasional moment of playfulness, which is rare in Woolf’s work. Bird’s-eye perspectives of London become intimate views. Eavesdropping abounds – not such a rarity. Mrs Dalloway is the creation of a prose master in top gear; it’s a privilege to be caught in her slipstream.

5. Under the Volcano by Malcolm Lowry
An active volcano broods over a landscape saturated with poverty and sunlight, and Geoffrey Firmin, a washed-up consul in Mexico, is dying of alcoholism. We know, from the out-of-sequence first chapter, that this isn’t going to end well. Hour by carefully choreographed hour we follow him on his final terrible journey towards the violent act that will end his life. Not by coincidence, Lowry chose to set this modernist masterpiece on the Day of the Dead.

6. A Single Man by Christopher Isherwood
If Geoffrey Firmin has abandoned his body, 乔治, Christopher Isherwood’s stand-in in this 1964 story of an ageing professor teaching literature in California, takes active measures to stall his own physical decline. He works out in the gym, matching the efforts of the young men beside him. He’s a conceited old so-and-so, George – mourning the death of his lover, yet convinced that he’s still capable of working his magic on almost everyone he encounters during the course of his single day. The delusion at the heart of George isn’t, perhaps, fully followed through by Isherwood, yet let’s not underestimate his achievement. The frank descriptions of homosexual desire made this a breakthrough work for gay liberation.

7. A Christmas Carol by Charles Dickens
Written in 1843 and still going strong. No surprise when you come to look, 再次, at the quality of the sentences and simplicity of the storytelling. Vivid, exuberant, terrifying in places, this is the modern morality tale par excellence. “Not to be talked about or written of according to ordinary rules,” declared a contributor to Blackwood’s magazine in 1844. If only Charles Dickens was around today to create an equally powerful, and popular, indictment of the explosion in the need for food banks.

8. Do Androids Dream of Electric Sheep? by Philip K Dick
From ghosts to androids. “In one sense I’m now the greatest bounty hunter who ever lived,” Rick Deckard muses towards the end of this science-fiction classic. “No one ever retired six Nexus-6 types in one twenty-four hour span and no one probably ever will again.” His reward, at the end of an almost impossibly long day? A toad. This is a future Earth where real animals are status symbols. Unfortunately, the toad itself turns out to be a robot. Not that Deckard cares – by then he desires only to sleep. 出色地, you see his point. Imagine six back-to-back Zoom meetings, and at the end of each you have to terminate one participant. Wouldn’t you fancy a bit of a snooze?

9. One Day in the Life of Ivan Denisovich by Aleksandr Solzhenitsyn
The prose is as sparse as the food in this day-in-the-life novel, which shook Soviet Russia when it was first published in 1962. From the moment of waking to those blissful minutes preceding sleep, we follow Ivan Denisovich Shukhov, 小号 854, as he goes about the all-consuming business of survival in the Stalinist gulag. Clever, resourceful, even possessing a sort of hope, Shukhov manoeuvres for the smallest advantage without stooping to cheat anyone. Somehow he’s retained a measure of integrity, and he’s an utterly compelling figure.

10. Pincher Martin by William Golding
A drowning sailor is washed up on a rock in the Atlantic. He clings to life, hungry, dehydrated, believing his hands to be giant crab’s claws. Inclusion in the circadian canon isn’t straightforward, and qualification depends on a riddle. What happens, exactly, when “Pincher” Martin kicks off his seaboots? The twist ending perplexed critics at the time and it isn’t easy to fathom even now. Essentially, Golding’s argument seems to be that his protagonist dies in the opening pages, and the remainder of the book is an all-in-the-head afterlife, conjured by an ego facing its final, desperate hours on Earth on that same first day. Welcome to the canon, Pincher Martin?