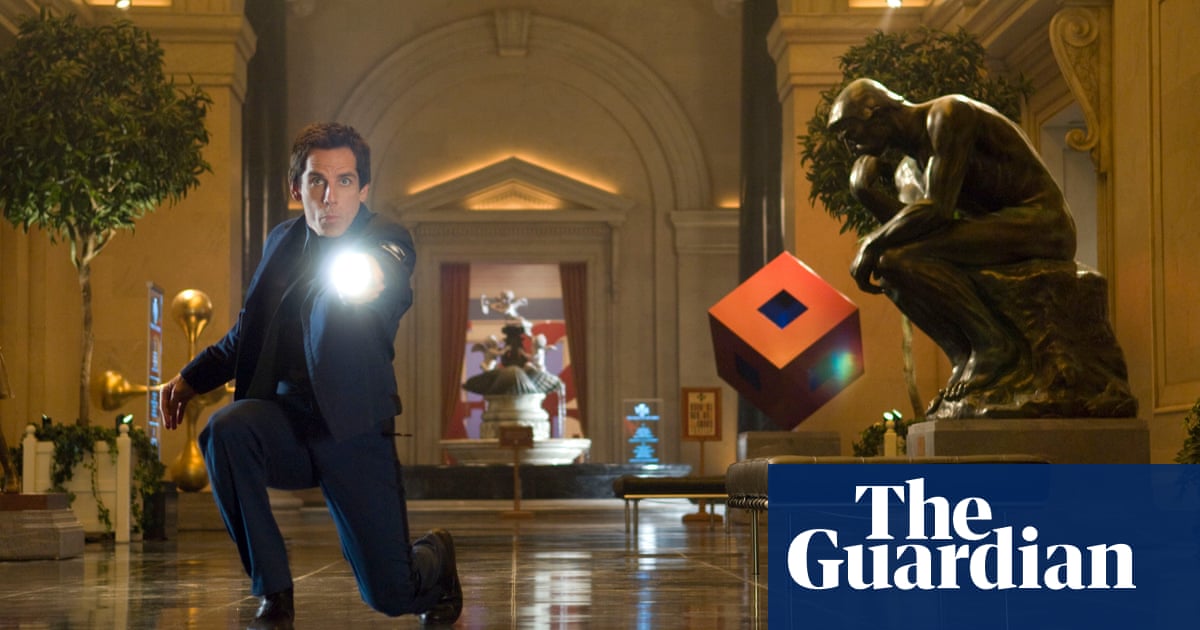 METROuseums are the perfect backdrops for fiction of pretty much any kind. Archives of the past, repositories of secrets, windows on to worlds and people long disappeared: museums are storehouses of stories. Cursed horrors lurk in dusty vaults, thrilling mysteries can be solved, magic can be woven from pieces of the past. Behind every piece of pottery or scrap of fabric, there lies a human life lived out long ago.

In my latest novel The Handover, two security guards at the fictional Manchester Museum of Social History are literal custodians of the past. But they find that the past is not immutable, and realise that challenging it can make for a better future. But Daisy and Nate are by no means the first characters to have their stories played out in a museum – here are some of my favourites.

1. Behind the Scenes at the Museum by Kate Atkinson
An obvious choice, quizás, but Atkinson’s astonishing 1995 debut is a masterclass in portraying how a museum — in this case, the York Castle Museum — can be a nexus of past lives that exist simultaneously in the present. It tells the story of Ruby Lennox’s life interspersed with the lives of five generations of her female ancestors, presenting them like exhibits in glass cases to be pored over and compared.

2. The Keeper of Lost Things by Ruth Hogan
Not featuring a museum in the traditional sense, with dinosaur bones or an empire’s worth of plundered artefacts, but rather an ad hoc collection of more pedestrian exhibits – Hogan’s novel is no less bristling with stories and history for that. It’s about a man who collects lost objects, prosaic little things found in parks and streets, and imagines the stories behind them while trying to reunite them with their owners. It’s beautiful and sad.

3. The Museum of Innocence by Orhan Pamuk
Similar to Hogan’s collector, Pamuk’s lovelorn businessman, Kemal, builds himself a private museum of items that relate to just one person, his illicit love Fusun. As the novel plays out over almost a decade, the Turkish businessman finds consolation and motivation to pursue his star-crossed lover through his archive of diverse trinkets that carry memories of their snatched moments together.

4. The Night at the Museum by Milan Trenc
You might be more familiar with the 2006 Ben Stiller movie than the source material, a children’s picture book by Croatian writer and illustrator Trenc. It’s a fun romp for little ones, with nightwatchman Hector discovering that his job isn’t actually to guard the Museum of Natural History in New York from burglars or vandals, but to prevent the escape of the dinosaur skeletons, which come alive each night. After the movie, a revised edition was published, changing Hector’s name to Larry to match Stiller’s character.

5. The Goldfinch by Donna Tartt
Tartt’s 2013 novel was only her third since her 1992 debut The Secret History, but it was worth the wait, at least for me. The Goldfinch split critical opinion, but I thought this novel, which begins with the Metropolitan Museum of Art being devastated by a bomb attack, was a staggeringly good coming of age drama. Protagonist Theodore Decker’s mother does not survive the blast, pero The Goldfinch, a painting by Carel Fabritius, does, and it becomes entwined with Theo’s life to Hitchcockian McGuffin proportions.

6. The Horror in the Museum by HP Lovecraft
This short story also gave its title to a volume of work ghostwritten by Lovecraft, who originally wrote it to be published under the name of pulp writer Hazel Heald in 1933. If you can bear the po-faced old racist’s work, this is a jollier romp than most of it, taking place in the suitably lurid location of a waxworks museum. A doubting Thomas is persuaded to spend the night there by the unhinged owner. In the best pulp tradition, the waxworks boss ends up a grotesque exhibit in his own museum.

7. Chasing Aphrodite by Jason Felch and Ralph Frammolino
One of the delights of visiting a museum is to see ancient treasures from far-flung corners of the world. But the provenance of those exhibits is often problematic, being the fruits of conquest, empire and colonisation – and, sometimes, out and out criminality. Journalists Felch and Frammolino present here an absorbing true account of how Marion True, antiquities curator at the wealthy J Paul Getty Museum in Los Angeles, acquired a vast hoard of looted treasures through a worldwide trafficking network.

8. The Murder Room by PD James
Where better to commit a murder than in a wing of a museum devoted to the tools of the trade? The queen of English crime put her detective Adam Dalgliesh into the setting of the eclectic Dupayne Museum, with its Murder Room displaying weapons used in historic killings. When one of the family that runs the museum turns up dead it is, por supuesto, by a method detailed in one of the chilling exhibits.

9. Still Lives by Maria Hummel
There’s more murderous museum action in this, la 2018 prose debut from the poet. An avant-garde artist, Kim Lord, puts on an exhibition of paintings of herself depicted as victims of notorious murders at LA’s Rocque Museum. It causes a stir in the art world … and even more so when Lord fails to turn up to her own launch event. This sparks a missing persons investigation that turns a mirror on to the dark heart of the art world.

10. The Monuments Men by Robert M Edsel
Esto 2009 non-fiction book was the loose inspiration for the 2014 George Clooney movie of the same name. Edsel’s book is a thrilling, detailed account of attempts to liberate art treasures from the hands of the Nazis, who had looted them from the nations they invaded and fought in during the second world war. The Monuments, Fine Arts, and Archives programme was set up to coordinate this very job, and led Edsel to set up a foundation highlighting the need to preserve works of art in countries riven by conflict.

The Conservative Sir David Amess, 69, was one of the longest-serving MPs, having first been elected for Basildon in 1983 and then for Southend West in 1997. A long-term Eurosceptic, he supported Brexit in the 2016 ME ...