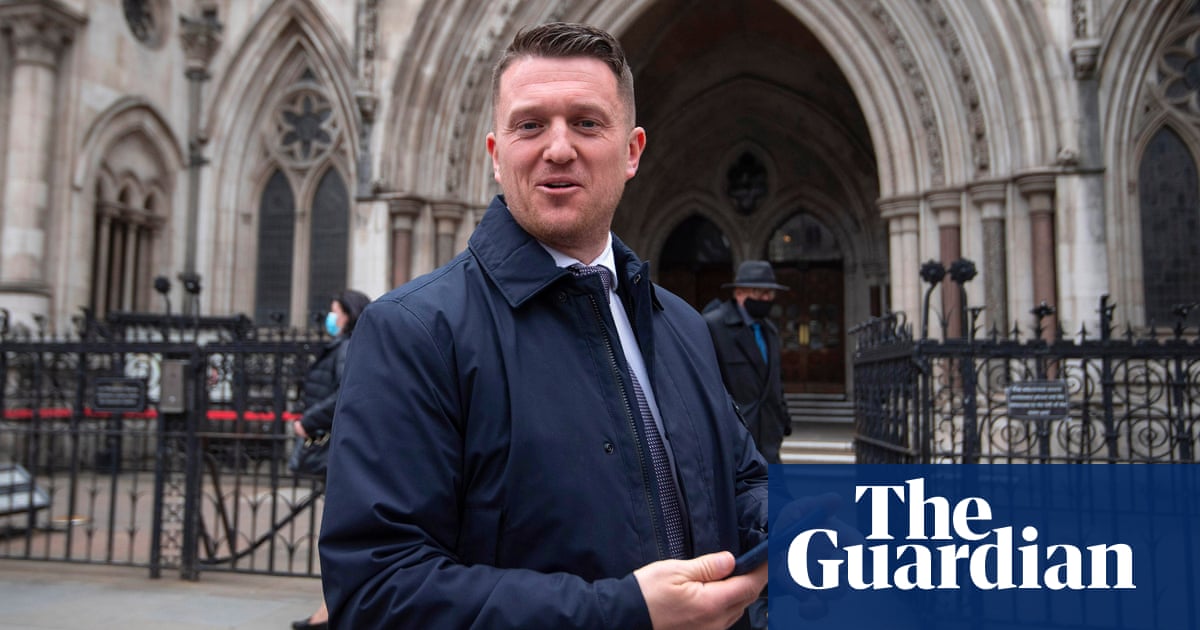 The family of a Syrian schoolboy who was filmed being attacked in a Huddersfield playground had to flee the town after the far-right campaigner Tommy Robinson aired “entirely distorted anti-Muslim” claims about him, un tribunale è stato detto.

The founder of the English Defence League (EDL) – whose real name is Stephen Yaxley-Lennon – is being sued by the family of Jamal Hijazi after he “peddled false and defamatory lies” online about the teenager.

The two came face to face at the high court on the first day of the libel trial as the student was cross-examined by Robinson, who is representing himself. He was told by Mr Justice Nicklin that the burden of proving the claims rested with him.

Footage of the student being pushed to the ground and having water poured on his face was watched millions of times and attracted widespread condemnation, including from Theresa May, in December 2018. A 16-year-old boy, who cannot be identified, was subsequently given a caution for common assault of Jamal.

tuttavia, after the video went viral, Robinson claimed in two videos on Facebook that that Jamal was “not innocent and he violently attacks young English girls in his school”. The teenager denies the allegations.

In written evidence, Jamal said he felt ashamed and depressed after Robinson’s videos went viral and that his family had been the target of threats and intimidating behaviour. They told a support worker in November 2018 that they wanted to leave Huddersfield and were relocated in early 2019.

“By this point, it was unsafe to even walk to the local shops without receiving verbal abuse with a very real risk of that escalating to physical abuse,” he stated.

Catrin Evans QC, representing Jamal, told the court that Robinson’s comments “turned Jamal into the aggressor, and the bully into a righteous white knight”.

Until his Facebook presence had been closed down, she said Robinson had used it to “stir up, tra l'altro, anti-Muslim sentiment” and that his videos about Jamal were picked up and reported on by the national media.

Jamal also outlined some of the bullying he had faced at Almondbury school in Huddersfield, including being threatened with a knife and subjected to racist language.

He said some of the bullying he faced referenced the far right, adding that some students at the school, and in particular a group of boys he had problems with, often made comments about the EDL.

Under cross examination by Robinson, Jamal denied a series of allegations that were put to him. He said a claim that he had hit a girl with a hockey stick could not have occurred because boys and girls did sports separately.

The school denied in 2018 that bullying directed at Jamal and his sister, the only Syrian children attending, had been ignored and said the police, local authority and school had been working together closely for a number of weeks.

A refugee who fled the Nazis and was quietly taken in by the family of Clement Attlee in the run-up to the second world war, è morto. Paul Willer, 94, escaped Germany in 1939 with his Jewish mother and brother after ...