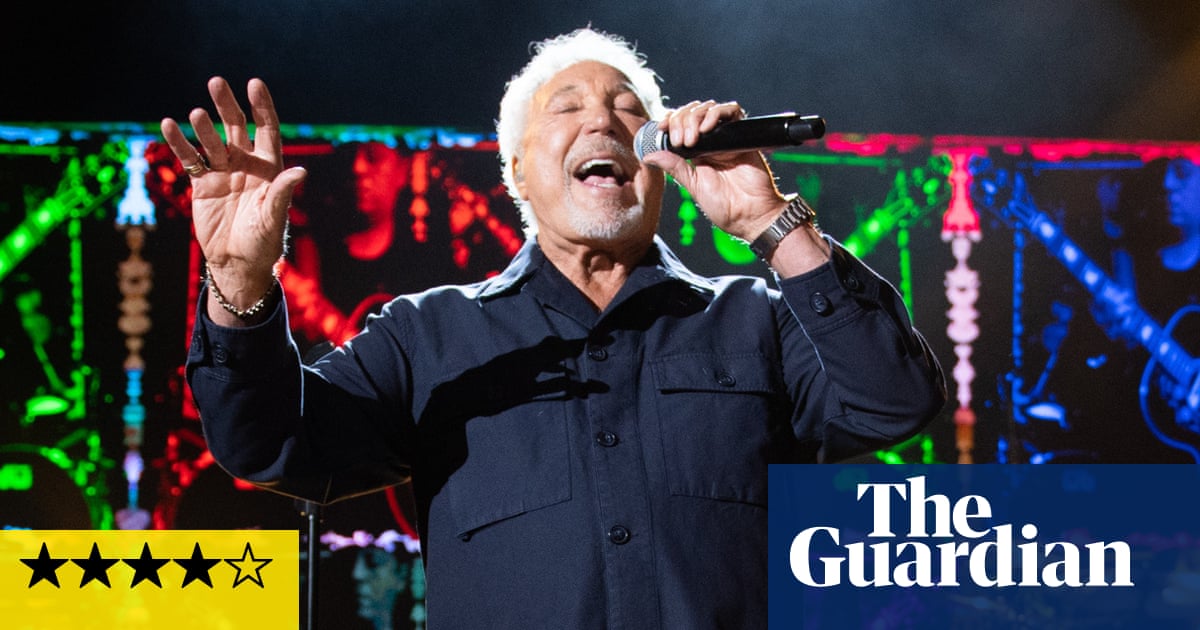 “I just thought of something,” muses Tom Jones, halfway through a deft and moving set. “The last time I did a show, I was in my 70s. Now I’m in my 80s. How about that?” The roar of applause nearly takes the roof off.

He is, 과연, 81 now, but time has neither dimmed Jones’s lustre nor tamed his ferocious vocal cords. Having long ago secured national treasure status, this august showbiz icon now gazes out at a devoted crowd from a craggy visage that would not look out of place hewn from a mountainside.

Jones’s charm lies as much in his skill as an effortless raconteur as in his vocal chops. Taking to a high stool before the spoken-word Talking Reality Television Blues, he recalls wartime ration books, the Queen’s coronation, and being bedridden for two years with TB as a child: “So, you see, I was in lockdown even back then!”

Yet the night’s highlight is the staggering I’m Growing Old. A spectral ballad, rich with intimations of mortality, it was first given to Jones by its writer, jazz musician Bobby Cole, after a 1972 Vegas cabaret show. “I told Bobby: I’m not old enough to sing this yet, but maybe I’ll get there one day!” recounts Jones. A pause, a sigh, a twinkle. “And now, well, 여기 우리는!” His subsequent pitch-perfect rendition of this exquisite lament triggers a richly merited standing ovation.