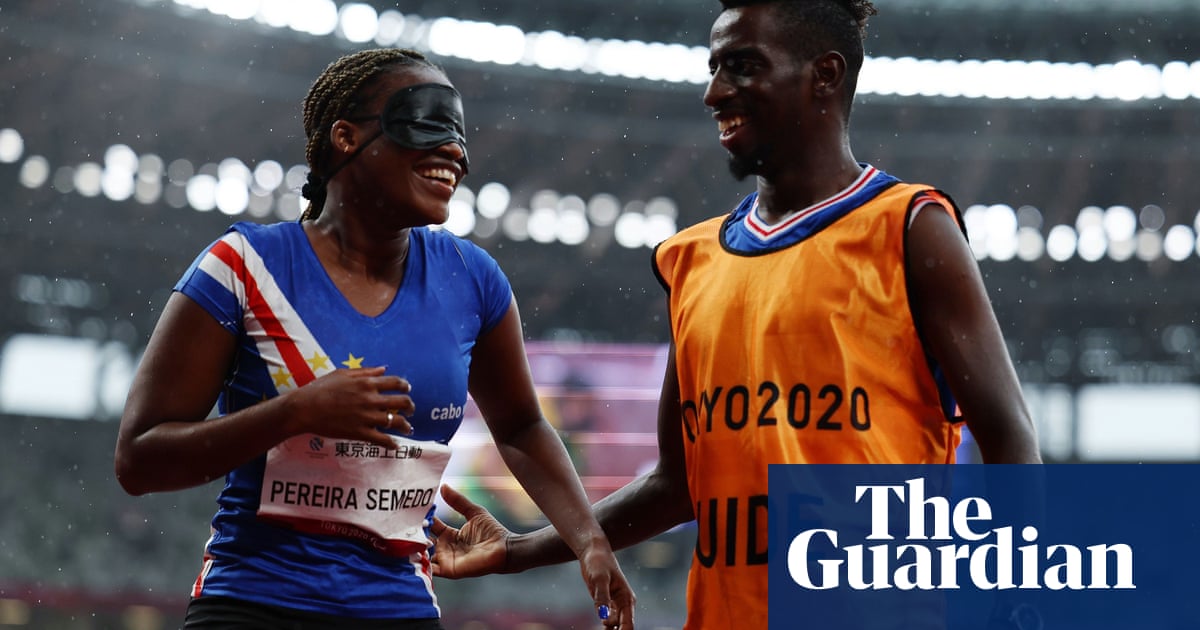 There was also a British one-two and a French bronze in the men’s C1-3 road race. Ben Watson won it from Finlay Graham, with Alexandre Léauté third.

Men choosing to propose to their partners during the Olympics and Paralympics doesn’t always go down well – there’s sometimes an accusation that it is a man upstaging the sporting achievement of his partner for a publicity stunt. Cape Verde’s Manuel Vaz da Veiga is a special case though – as he had just run the T11 200m with Keula Pereira Semedo, as he is her running guide. “We have been together in a relationship for 11 years, so I thought it was about time to come up with a proposal. So why not do it?” he said afterwards. Semedo said yes, saying “These were my first Paralympic Games and with my age and speed I was actually thinking about stopping afterwards but now I have an additional motivation to carry on after the Games, always with him by my side.”

Jordanne Whiley and Lucy Shuker will be in the final of the women’s doubles in the wheelchair tennis, but there will be an unwanted bronze medal playoff between men’s doubles partners Alfie Hewett and Gordon Reid, after they both lost their singles semi-finals.

China powered past the US men’s goalball team in their semi-final with an 8-1 victory to set up a final with Brazil, who dumped out the reigning champions Lithuania. In the women’s competition Turkey beat Japan 8-5 to set up a US-Turkey final. The US women edged past Brazil.

Another day, another medal for Jessica Long. Her 28th this time in the 4x100m medley relay, and it was gold for good measure. Tatanya McFadden finished fourth in her 400m T54 final on the track, though, probably the most frustrating way to miss out on a 20th Paralympic medal. She was just 0.25sec off claiming a third successive gold in the event.

I said to you yesterday that I would not bet against China taking a clean sweep in the five team table tennis golds available today. I was not wrong.

Argentina will face Brazil in Saturday’s football five-a-side final after Argentina beat China 2-0 and Brazil beat Morocco 1-0 in the semi-finals. Brazil are yet to concede a goal at this Paralympics.

It wasn’t just a couple of British one-two finishes in the road cycling today, Germany did the same in the women’s T1-2 road race, with Jana Majunke finishing 2min and 42sec clear of her teammate Angelika Dreock Kaeser. China’s Chen Jianxin won the men’s T1-2 road race, and there was a team gold for Italy in the mixed H1-5 relay, with France second and the US third. It might have been a mixed relay but Italy certainly haven’t mixed up the haircuts much here, have they?

Don’t forget you can get in touch with me at martin.belam@theguardian.com, and, as it is a Thursday, if you have a couple of minutes to spare, you could also do the silly quiz I write each week for the Guardian website.

Hello, Warren Murray reporting for duty, and expecting to be with you at this time all week. Labour has accused Rishi Sunak of presiding over a “smoke and mirrors” budget. On Sunday, Sunak conceded that of £7bn to be...

Good morning, readers – a pleasure to bring you this morning briefing, and not least because it’s Friday. Millions of people could have their Covid booster jab brought forward, with ministers considering cutting the ...

Hello, Warren Murray introducing the stories that matter right now. England’s pandemic pupils could lose up to £46,000 in lifetime earnings because of the disruption to their learning – costing the economy up to £463...