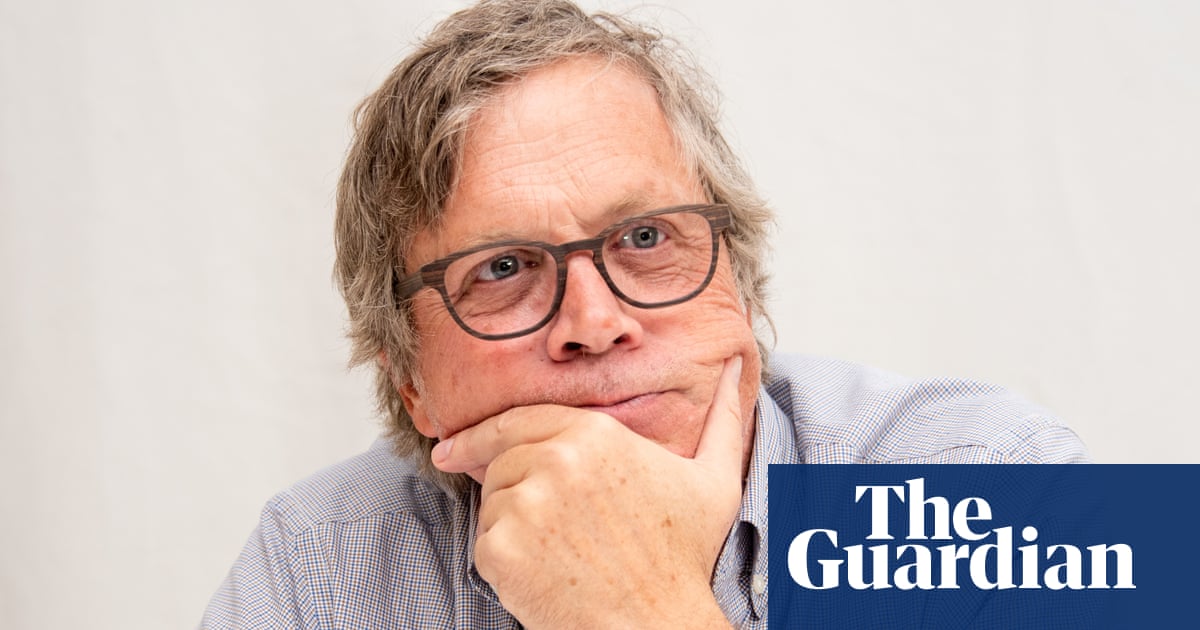 ion March last year, when the pandemic struck, the film-maker Todd Haynes had his escape route all prepared. He was locked down in Los Angeles, a thousand miles from home, surrounded by footage from a fantastical bygone age. He spent his days happily poring over Super 8 film of New York, mainlining songs about heroin and boots of leather. As a college student, lui ricorda, il Velvet Underground were a lifeline. Adesso, in the hour of greatest need, the band reassembled on screen and rode to his rescue again.

Making a documentary during Covid was the perfect antidote, lui dice. But it also felt like a getaway, a retreat, a flight from grim reality. “Every day, I was jetting off to this distant planet," lui dice. “And sooner or later you have to turn around and come home.”

It says a lot for the power of his film, The Velvet Underground, that it is often as immersive and otherworldly as the Velvets themselves. It is a joyous movie about scratchy, dysfunctional people; a cool-eyed study of explosive, unclassifiable art.

Viewed as a straight rock biography, Haynes’s film ticks all the right boxes. It recounts how lonesome Lou Reed and John Cale were saved by rock’n’roll; it shows the process by which they mixed bubblegum pop with classical viola and transgressive beat poetry and came away with an electrifying new sound. But what makes the film special is its sense of the wider ecosystem that seeded and nurtured the music. Fuelled by Andy Warhol’s original black-and-white footage, The Velvet Underground re-animates a prelapsarian mid-60s New York. It glides from the Factory to the Exploding Plastic Inevitable to the cold-water walk-ups on the Lower East Side. “It was a unique, concentrated time,” Haynes says. “And it paved the way for a moment of real radical freedom.”

These are the subjects that fascinate the director. Artistic catalysts; cultural lightning rods. Haynes has made veiled, abstract biopics of Karen Carpenter (1987'S Superstar), David Bowie (1998’s Velvet Goldmine) and Bob Dylan (2007’s dazzling I’m Not There). He is attracted to stories about artists and performers, the people who suddenly thrust themselves centre-stage. But he worries I am getting the wrong end of the stick.

"Voglio dire, ovviamente, I have an artistic envy of those people, how plugged into a moment a musician can be, how different their medium is to mine. But none of my films have been driven by that. They’re more about what the music means culturally, how it changed the world. I remember saying to people during the Dylan project: ‘I would want to make a film about Bob Dylan even if I didn’t care for his music,’ simply because of his impact and uniqueness and complexities and contradictions and the way he gets to some core idea about America and then reflects that back in the various chapters of his life.”

He draws a breath. “And it’s the same with glam rock in Velvet Goldmine. The idea of it as this cultural accident which inverted notions of masculinity and heteronormativity in such a singular way – and also did it in the mainstream, beamed into people’s living rooms. The power of popular art to circle around those questions of identity, to rupture them, to shatter them. Those are the themes I keep coming back to.”

In The Velvet Underground, crucially, the story’s central figure was defined by his absence. Reed – at once the band’s presiding genius and its resident diva – died in 2013. He hated giving interviews comunque. "Oh, I would have loved to have interviewed Lou Reed,” Haynes says. “But it was not to be. And who knows how it would have gone. His relationship with journalists was guarded and suspicious at best – and that created some really disturbing and aggressive results.”

One wonders what Reed would have made of the film. He might have bridled at Haynes’s decision to frame Cale as an equal partner, the man who gave the Velvet Underground sound its inimitable dark magic. The film also positions Reed as an unambiguously queer artist, a product of avant garde pre-Stonewall New York. I suspect that he might have objected to that approach, pure. Certainly, the Reed of the late 60s and early 70s bears little obvious relation to late-period Reed, with his pugilist’s swagger and penchant for martial arts. Outwardly, almeno, he seemed almost a parody of machismo, a walking repudiation of his younger self.

“Yeah, I guess so,” Haynes says, hesitantly. “He had a certain adversarial relationship with the different Lou Reeds he performed.”

He sounds unconvinced. "Bene, you can’t overlook the fact that people also change. They find new relationships that work for them. And that’s what happened. He had a family, he changed. Poi, ovviamente, you have to defend your investment in that new phase of your life. That happens to people in general, all over. You’re young and open. You try this and that and then you make a choice. The music stops and you grab a chair and try to make it work.” He shrugs. “That’s not betraying who you were. Your past doesn’t go away. The records are still there and they still speak to people. It’s just that you’ve moved on. And I understand that. I have films that I made decades ago and they feel like they belong to other people now.”

Haynes studied art and semiotics at Brown university. He envisaged a career as an experimental film-maker, teaching classes by day, shooting low-budget pictures by night. But he was also fascinated by Hollywood – by classic film genres and the traditional narrative structure – and this eventually steered him in a different direction. His most glossy, successful work (the sublime Carol, Far from Heaven, the mini-series Mildred Pierce) manages to have its cake and eat it, pure. It honours the rules of conventional cinema while simultaneously flexing them, testing them, implicitly reminding us that they are there.

“We understand or interpret our experience through cinematic models,” Haynes says. “That’s the device that helps us handle and contextualise our lives; playing with those expectations, that sense of navigation. That’s always been what interests me.”

This, he suspects, is the problem with the world today. Everyone is living inside the box. There is no outside space left; no grey margin to play in. He has just made a film about brilliant misfits and outsider art, so he is feeling the loss particularly acutely today. He ran away to a foreign planet and has now come back to Earth with a bump.

“This world is too cosy," lui dice, heatedly. “Except that cosy is almost too cosy a word. I don’t know where the resistance is, particularly among young people. Corporate digital culture is dominant. Capitalism has basically won. It’s hard to find examples of people who even want to stand in opposition to that. To say: ‘Fuck you, iPhone, you’re a corporate spy.’ No, we’re completely captive. I’m captive, pure. And these things are not good. They align themselves with systems of marketing and power that are not in our interests.”

He thinks back to the musicians and film-makers of 60s New York. They prided themselves on standing outside the system. They weren’t banging on the door, demanding to be let in. "Voglio dire, look, I like to see legislative advances for minority communities. And I can speak for the gay community with more direct experience. A kid coming out today has a very different set of options because of the successes we’ve seen in terms of legal protections and changing attitudes.

“But I think we’ve also lost the spirit of revolt because of that. It’s as though all we ever wanted was a seat at the table. But rebellion was never just about marriage rights. It was about the power that comes from standing outside social norms, opposing authority; not always with great seriousness, often with a sense of play, pleasure and wit. And I just don’t see where that’s happening today.”

Probably, I tell him, he just needs to look harder. It will be happening somewhere, off the grid, below the radar, because isn’t that how every good subculture works? “Yeah, somewhere," lui dice. “Somewhere. Out of sight, out of mind. It may even be in this world, who knows?" 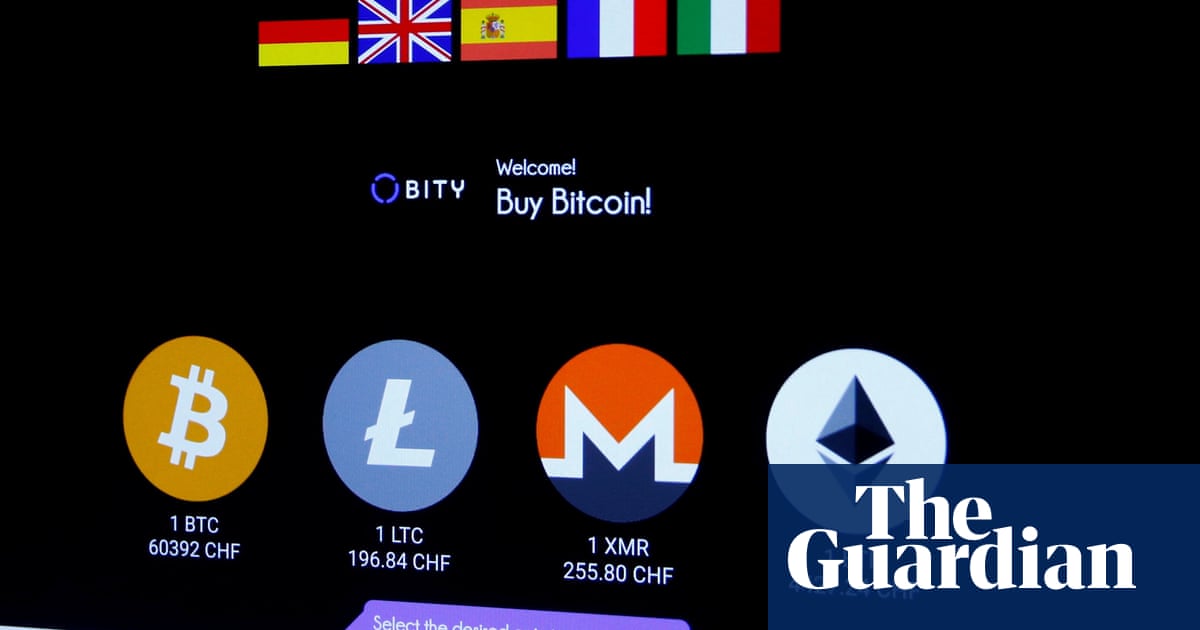 Quasi $12,000 wiped off value of bitcoin in weekend ‘thumping’

Australians are increasingly aware that racism is a problem in their country, while positive sentiment about immigration and multiculturalism has also increased over the past 12 mesi, according to an authoritative s... 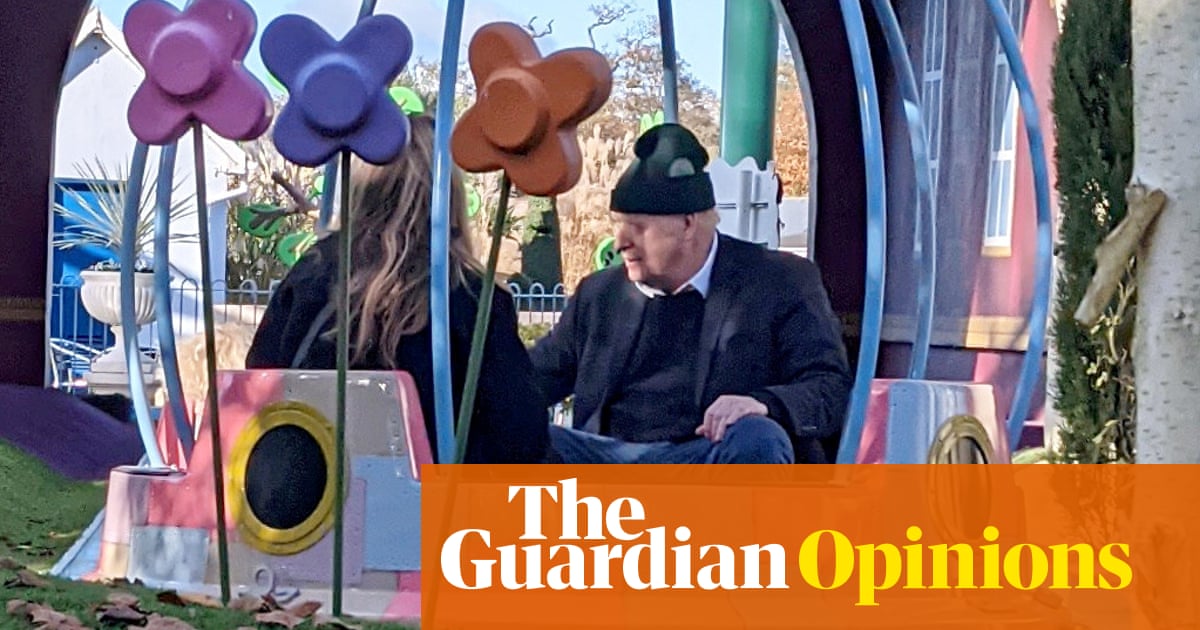 Digested week: Spurs almost made me swear off football – but then they won 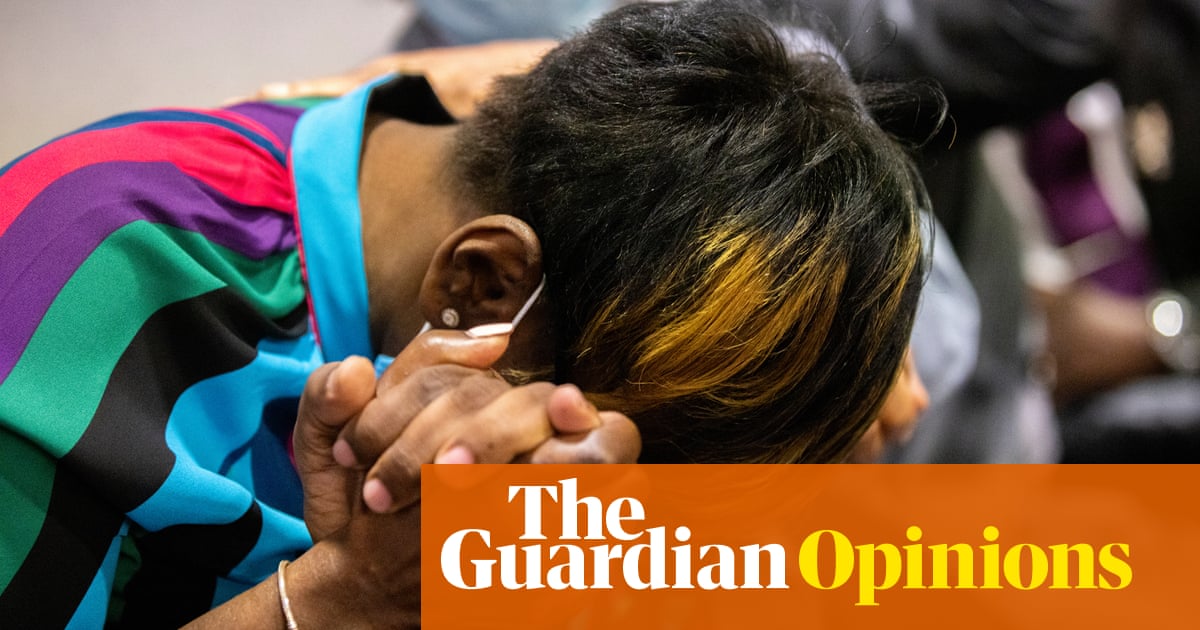 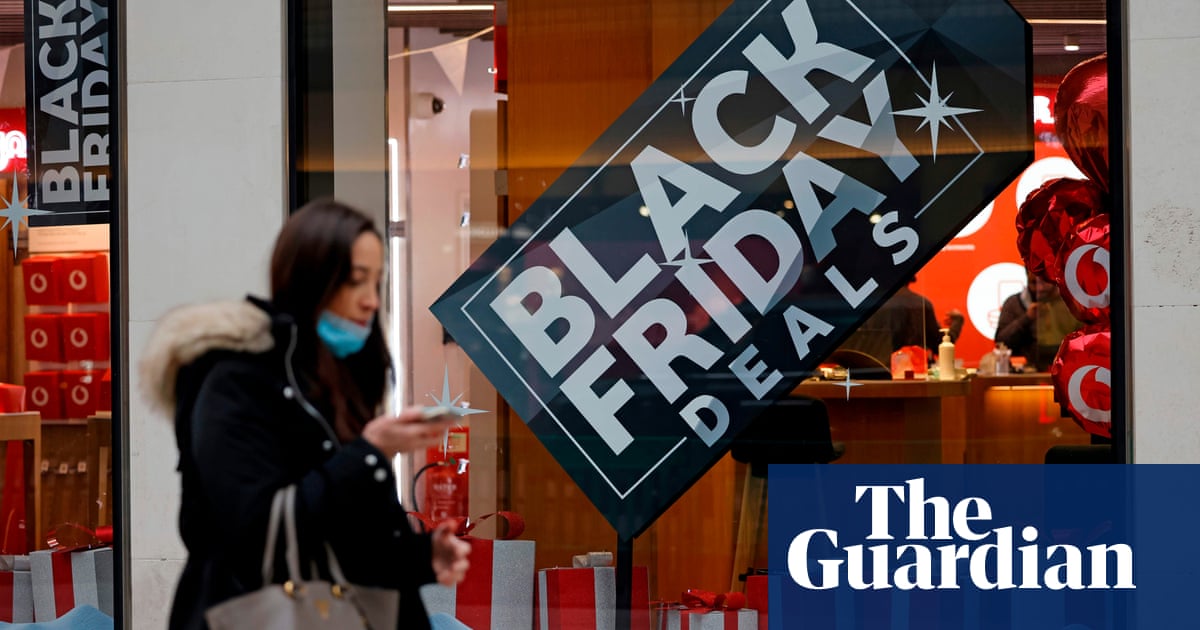 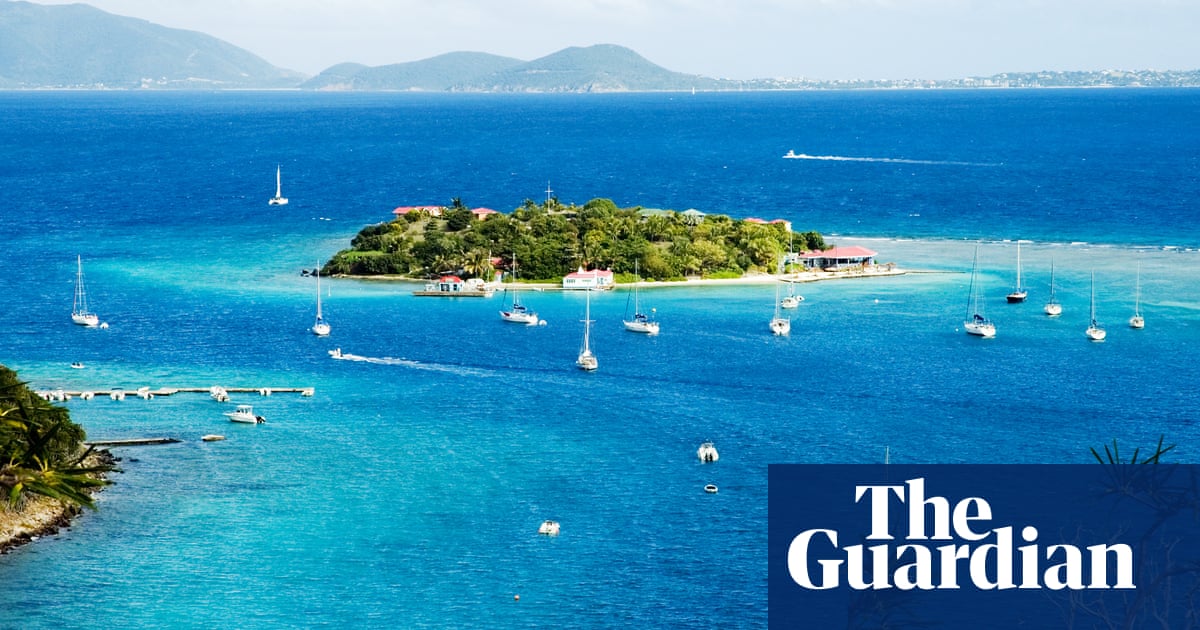 Countries are losing almost half a trillion dollars through tax abuse by multinationals and the super-rich, enough to fully vaccinate the global population against Covid-19 three times over, a report has said. Researc...