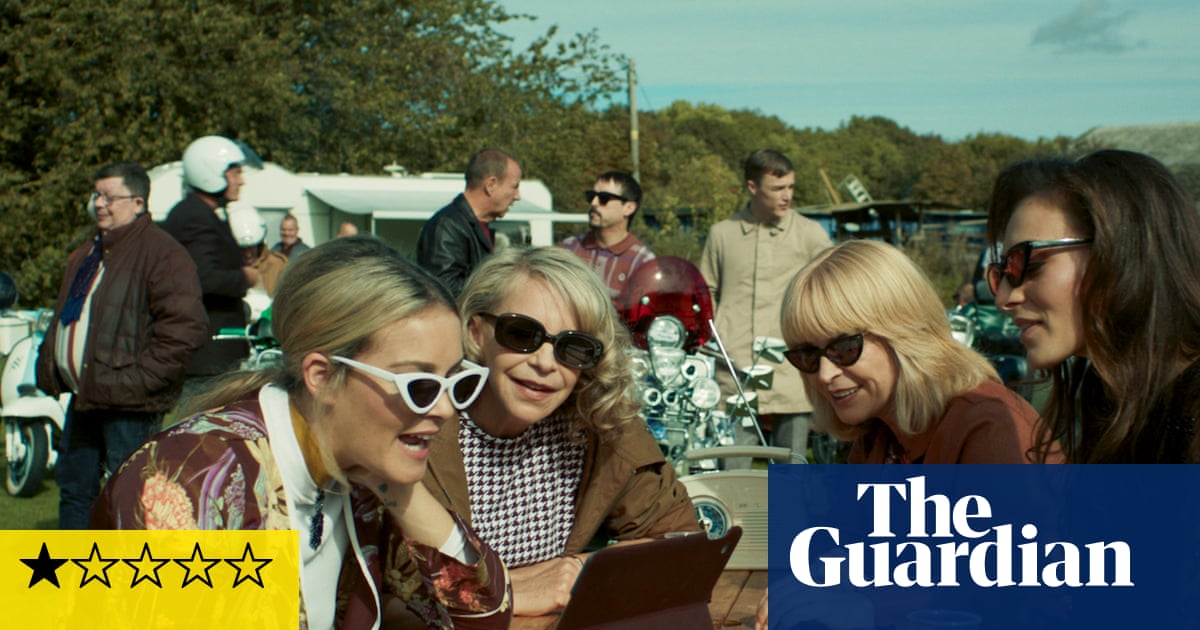 ‘Starring the original cast of Quadrophenia” proclaims the publicity for this lightweight romp, and true to its word, it features Leslie Ash, Toyah Willcox, Gary Shail, Trevor Laird, Mark Wingett and scores of heavily accessorised vintage scooters. That’s about where the similarity ends. Rather than the 1970s mod revival, it feels like the work of someone still stuck in the late 90s, when Britpop was all the rage and there was a hot new film-maker on the scene named Guy Ritchie. Yes, we’re in that territory: small-time gangsters, estuary accents, straight-to-camera asides explaining who’s who and what’s what, and tiresome character nicknames flashing up on the screen like Roger the Fix, Ginger Nick and Danny the Face. Someone even refers to blood as “claret”.

If the film-makers found something novel to do with this tired template it might be forgivable. They don’t. Instead, we get a cheap and jaunty tale of decent blokes forced into a shady drugs run to save their beloved club – with their brassy sex-worker womenfolk in support. The motivations are complicated, hence the need for the straight-to-camera exposition from our sharp-dressed young hero Danny (Sam Gittins). Having spent half the film laying out the land, it all comes down to everyone “disguising” as mods (cue montage at a retro outfitters in Soho) then blending in with a scooter rally to the Isle of Wight to recover some stashed blue pills from a spooky old house. “What is this, fuckin’ Scooby Doo?” asks Danny.

Sadly it’s not quite as sophisticated as that. Nothing really convinces or makes sense in this corny, amateurish nostalgia trip. There’s some lively music to chivvy things along (from retro band the K’s) and some vintage “old-mod” haircuts to laugh at, but the only real fun looks to have been had by the people making it.