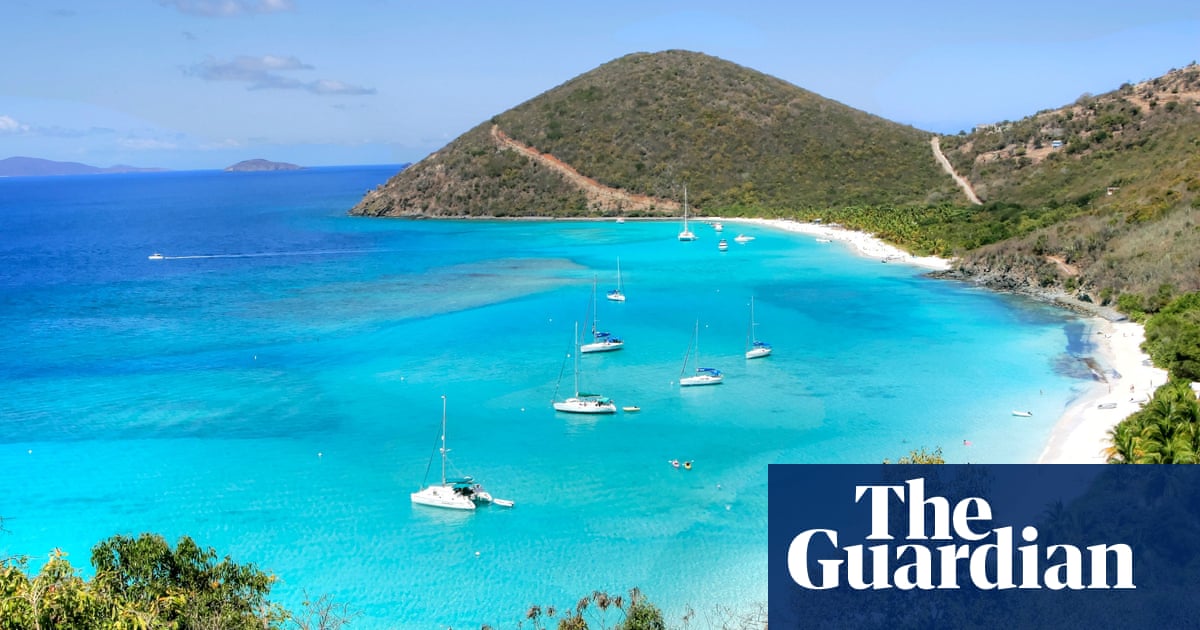 Morning everyone. This is Martin Farrer bringing you the day’s top stories.

Sir Geoffrey Cox has earned at least £6m from his second job since he entered parliament, a Guardian analysis reveals, and records show that he skipped 12 recent votes on days when he was doing paid legal work. The revelations came as Boris Johnson tried to reassure the public that the UK was “not remotely a corrupt country” as the Conservative party continued to be engulfed in a slew of sleaze allegations. Johnson skipped a parliamentary debate on the sleaze row on Monday, but yesterday he said MPs who broke the rules “should be punished”. Cox insists he has acted within the rules.

The prime minister did not defend Cox, the former attorney general who has been under fire after it emerged he spent a month in the British Virgin Islands this year doing paid legal work. Cox, who is a QC, has reported earnings for his second job of £930,588 in 2021 so far. In a statement he insisted that he “regularly works 70-hour weeks and always ensures that his casework on behalf of his constituents is given primary importance and fully carried out”. Here’s an explainer about the main controversies around his second job.

Cop breakthrough – In a remarkable turnaround at the Cop26 climate summit, China and the US announced a surprise plan to work together on cutting greenhouse gas emissions in the crucial next decade. Talks are still going on over a draft outcome in Glasgow but news that the world’s two biggest emitters will cooperate closely on the emissions cuts needed in the next 10 years to stay within 1.5C could galvanise negotiators towards a deal. World leaders and experts welcomed the agreement but some called for more details. Earlier, Chinese leader Xi Jinping warned against a return to cold war-era tensions in the Asia-Pacific, but urged greater cooperation on pandemic recovery and the climate crisis.

NHS ‘breaking point’ – Nine out of 10 NHS chief executives, chairs and directors say the service is under unsustainable pressure and patient safety is being put at risk. The health service has hit “breaking point”, the leaders say in a survey, with record numbers of patients seeking care. The use of whole genome sequencing could save the NHS millions of pounds, according to a study which found that a quarter of people with rare illnesses received a diagnosis for their condition through the technology.

Meghan apology – The Duchess of Sussex has apologised in court for failing to remember authorising a senior aide to brief the authors of her and Harry’s unofficial biography. Meghan submitted a statement in which she said she could not remember emails between her and her then press secretary about the unauthorised book. But the court of appeal heard that the royal couple’s former communications secretary provided information on a “routine basis” to the authors of Finding Freedom. The court is hearing an appeal by Associated Newspapers to force a trial over Meghan’s claims against the Mail on Sunday of breach of privacy and copyright.

Tesla selloff – Tesla boss Elon Musk has sold about $5bn worth of shares in the company, days after he polled Twitter users about selling 10% of his stake. In his first share sale since 2016, Musk’s trust sold nearly 3.6m shares in Tesla, worth around $4bn, while he also sold another 934,000 shares for $1.1bn. Musk polled Twitter users on Saturday about selling 10% of his stake, helping to push down Tesla’s share price. But filings show some of the stock sale was planned in September

Dino doctor – A new species of dinosaur with an extremely large nose has been identified by a retired doctor who spent lockdown rummaging through boxes of ancient bones. Jeremy Lockwood, who is studying for a PhD, decided to catalogue every iguanodon bone discovered on the Isle of Wight. He found a specimen with a unique “bulbous” nasal bone and eventually discovered that it was a new species, which has been named Brighstoneus simmondsi.

During the second world war, Chinese sailors served alongside their British allies in the merchant navy, keeping supply lines open to the UK. But after the war hundreds of them who had settled in Liverpool suddenly disappeared. Now their children are piecing together the truth.

Its gurus increasingly promote vaccine scepticism, conspiracy theories and the myth that ill people have themselves to blame. Sirin Kale investigates how the well-being industry turned so nasty.

Eoin Morgan said his England side were devastated after losing a thrilling and desperately close T20 World Cup semi-final to a New Zealand side turbo-boosted to glory by an innings of swashbuckling brilliance by Jimmy Neesham. Pakistan face underdogs Australia in the other semi-final today. Arsenal’s manager, Jonas Eidevall, praised the impact of the 500-strong away contingent present for their 5-1 win over the organised Danish champions HB Køge in the Women’s Champions League. Paris St-Germain women’s midfielder Aminata Diallo has been taken into custody for questioning by Versailles police after an attack on one of the club’s players last week. Aston Villa are confident of naming Steven Gerrard on a long-term deal as their new manager.

World Rugby is being urged to help bridge the widening north-south financial divide by confirming Australia as the host nation of the 2027 men’s Rugby World Cup. Sam Underhill says England are dealing with Covid disruption before their match against Australia on Saturday by facing the problem head-on. UK Athletics’ controversial chief executive Jo Coates was earning a salary package of £226,163 before she resigned last month, making her one of the highest paid administrators in British Olympic sport, the Guardian can reveal. Tyson Fury was “very badly injured” going into his knockout victory over Deontay Wilder last month and has since undergone elbow surgery to correct the problem. And Gerald Sinstadt, one of the most recognisable sports commentators for BBC and ITV for more than 40 years, has died aged 91.

Pressure on central banks to raise rates looks certain to increase after rising energy costs and supply shortages sent inflation surging in the US and China. The news sent the US dollar soaring, which means the pound is down to $1.340 and €1.168. The outlook for the FTSE100 is flat this morning. Monitoring of workers and setting performance targets through algorithms is damaging employees’ mental health and needs to be controlled by new legislation, according to MPs and peers.

There is a divide among the papers today with several leading on the sleaze latest, including the Guardian: “MP Cox made at least £6m from his second job”. The Mail sticks the boot into the government with “£5.5m MP with no shame” and the Mirror’s splash is “Exposed: Tory MP’s homes greed”.The i warns “Chief whip in peril over MP moonlighting in Caribbean”. Others make merry with the Duchess of Sussex’s court apology. “Little Miss Forgetful” says the Sun, while the Express declares “Explosive new evidence: Meghan says sorry”. The Telegraph has “Meghan admits she ‘misled’ court”. The Times has neither story on its front page and instead leads with “Fraud fears over firms’ furlough millions”. The FT has “US consumer prices increase at fastest pace in three decades”, while in Scotland the Record leads with the ambulance crisis latest: “Beyond breaking point”. 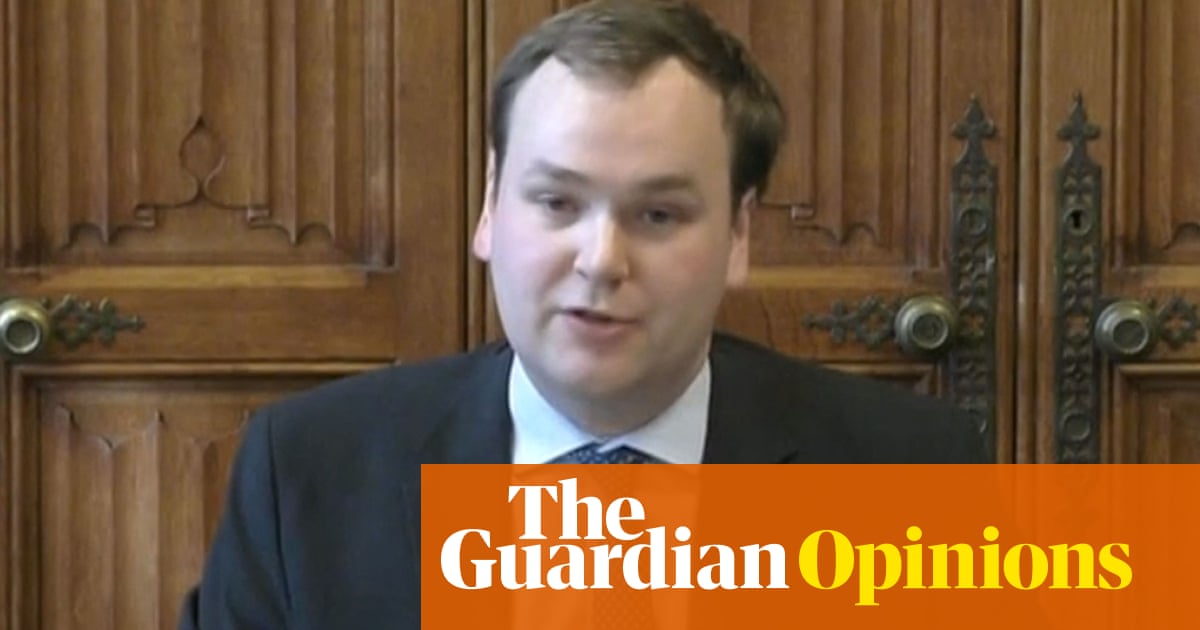