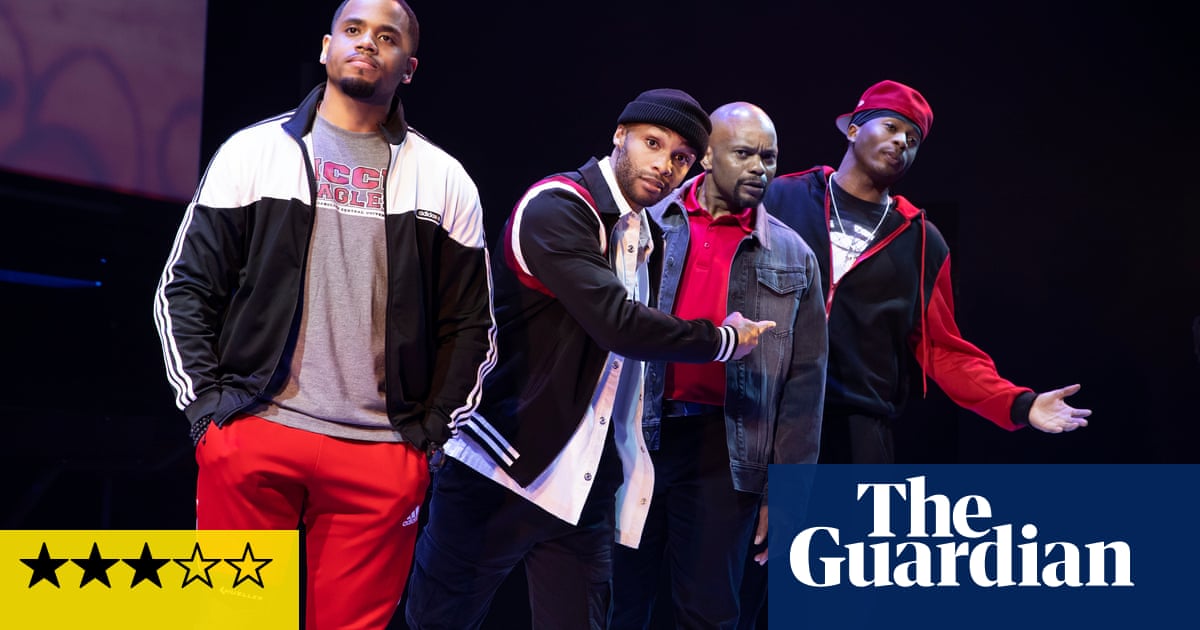 What does it mean to be a Colored Man in today’s America? Following the lives of seven nameless Black men as they go through a day in Brooklyn, Keenan Scott II’s Thoughts of a Colored Man, directed by Steve H Broadnax III, uses lyrical vignettes, music and other devices in search of an answer.

While, at times, rich with the everyday tragedy and hilarity that is being a Black man, Thoughts of a Colored Man often deals in platitudes, using catchphrases and stock imagery to deliver clickbait references to Black life versus more intimate meditations the production is capable of.

Standing behind a gigantic billboard reading “Colored”, a simple but evocative allusion from scenic designer Robert Brill, Thoughts captures the day in the life of seven anonymous Black men – later named as Passion (Luke James), Anger (Tristan Mack Wilds), Happiness (Bryan Terrell Clark), etc – living in a gentrifying Brooklyn, with a Whole Foods and Citibike stands and eviction notices for longtime Black residents. The inter-generational group – the youngest is in their late teens or early 20s, while the eldest of the men, Wisdom (Esau Pritchett) is about to be a first-time grandfather – try to make sense of a world that not only misunderstands Black men but wants to see them exterminated.

Thoughts takes on a difficult task: trying to communicate the oft-swallowed frustration of being a Black man in America through seven individual characters while also not allowing the play to dissolve into strictly lamentations; unfortunately, it is a responsibility Scott’s writing buckles under. At times, Thoughts strikes the perfect balance of thinking through real-world frustrations alongside humor that give these disappointments their realness. One of the play’s best scenes, a monologue from Depression (Forrest McClendon) about working in a Whole Foods despite having had the opportunity to go to MIT on scholarship, is saddled with appropriate grief, but also layered with poignant frustration on serving entitled yuppies and the outrageous humor of feeling trapped in a dead-end job. McClendon is an absolute thrill on stage, mastering Depression’s quiet dignity and rage while also delivering perfected doses of levity.

A similarly electric moment is one of the play’s few group scenes at Wisdom’s barber shop. Well directed by Broadnax, the group’s synergy is palatable and organic despite the vastness of their backgrounds. Even hefty discussion of gentrification, poverty and homophobia feel more grounded, with Clark in particular delivering a hilariously awkward but sentimental performance as a well-off gay man, new to the neighborhood, who has to dodge accusations of gentrifying and being out of touch.

But in other moments, Scott’s writing feels stunted. It meets the intention of expressing these seven truths, but is stripped of creativity and originality. Lines like “Everybody wants to be Black until it’s time to be Black” and similar quips are better suited for Instagram activism than punctuating dialogue. Whole group poetry scenes feel particularly reminiscent of slam poetry competitions, given with ethos but coming off as edifying speeches under Broadnax’s direction rather than characters desperate to communicate and be seen. Of course, these moments feel accessible and poignant, but also didactic, raising questions about why the need for such cliches? Who needs the Black male experience broken down into such basic A-B-Cs?

Thoughts is often overwhelmed by the amount it wants to cover, using the play’s 90 prescribed minutes to capture an avalanche of topics like gentrification, women (both Black and white), Jordans, poverty, death, homophobia, rape and more, though many sentiments – and characters – feel rushed and left behind. The topic of Black women, as a whole, seems lost in Scott’s material. While the play pokes at questions regarding the relationship between Black women and men, exploring the men’s desire for women as well as allowing characters to engage with their mothers’ histories (ones that involve sexual violence and allusions to drug use), Scott’s treatment feels incomplete and surface-level, almost as if these discussions were inserted last-minute.

Though uneven, Thoughts has moments of triumph. In addition to the sound performances from Burnside, who gracefully dances alongside a projection when delivering a love-sick poem, and Wilds as well as great ones from McClendon, and Clark, Pritchett’s warmth and assertiveness on stage as the well-respected elder bring depth to the infinite age old proverbs that Scott has him espouse.

Thoughts of a Colored Man can be, at times, a moving and edged portrayal of seven Black men trying to move through the world. But more often than not the play struggles to do justice to its broader themes, as well as the inner thoughts and the lived experiences of characters the show invites us to sit with. 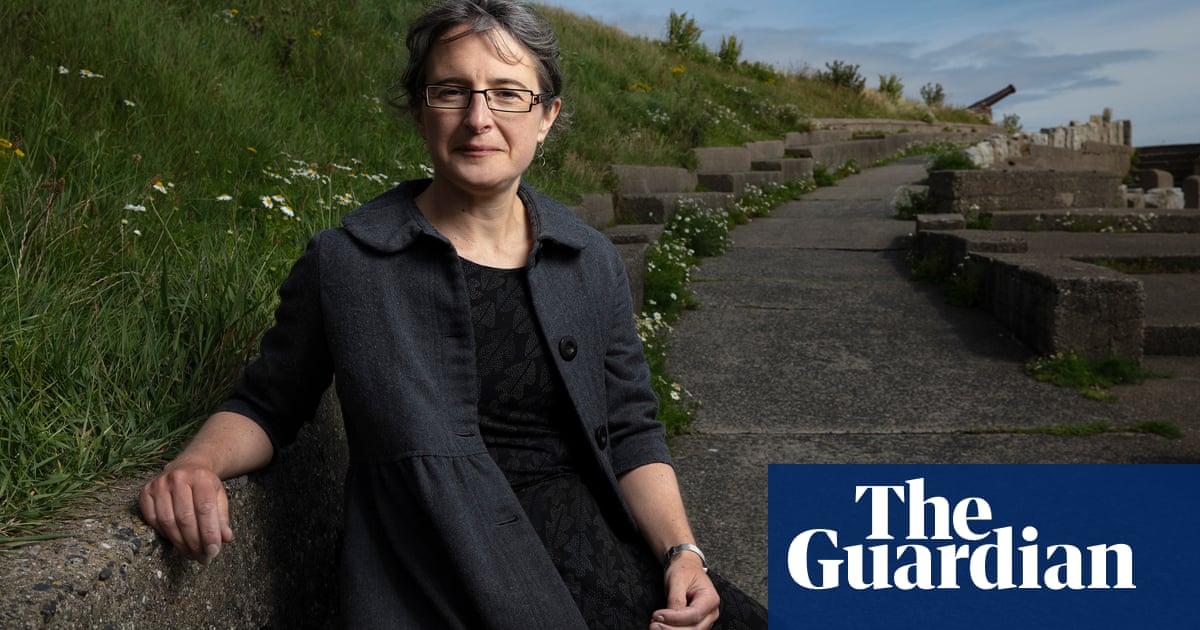 A moment that changed me: I was crippled by negative thoughts – then I bought a silver bracelet

A couple of years ago, after a bad academic year, I’d thought things would get better over the summer. They didn’t. I kept walking out of shops without buying what I’d gone in for, because it felt wrong to be taking u...