Thomas Markle: ‘I don’t think the British royal family are racist at all’ – video 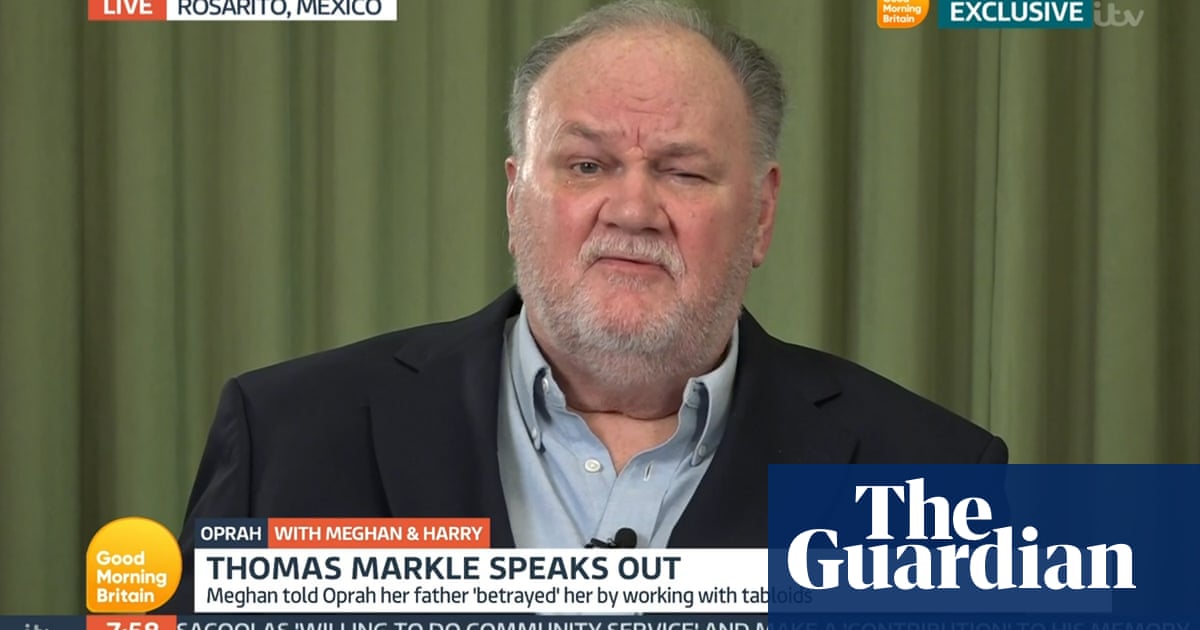 On the comment alleged to have been made by someone on how dark Harry and Meghan’s baby’s skin tone might be, he said he hoped it was ‘just a dumb question’.

He said: ‘I’m guessing and hoping it’s just a dumb question from somebody. It could just be that simple, it could be somebody asked a stupid question, rather than being a total racist.’