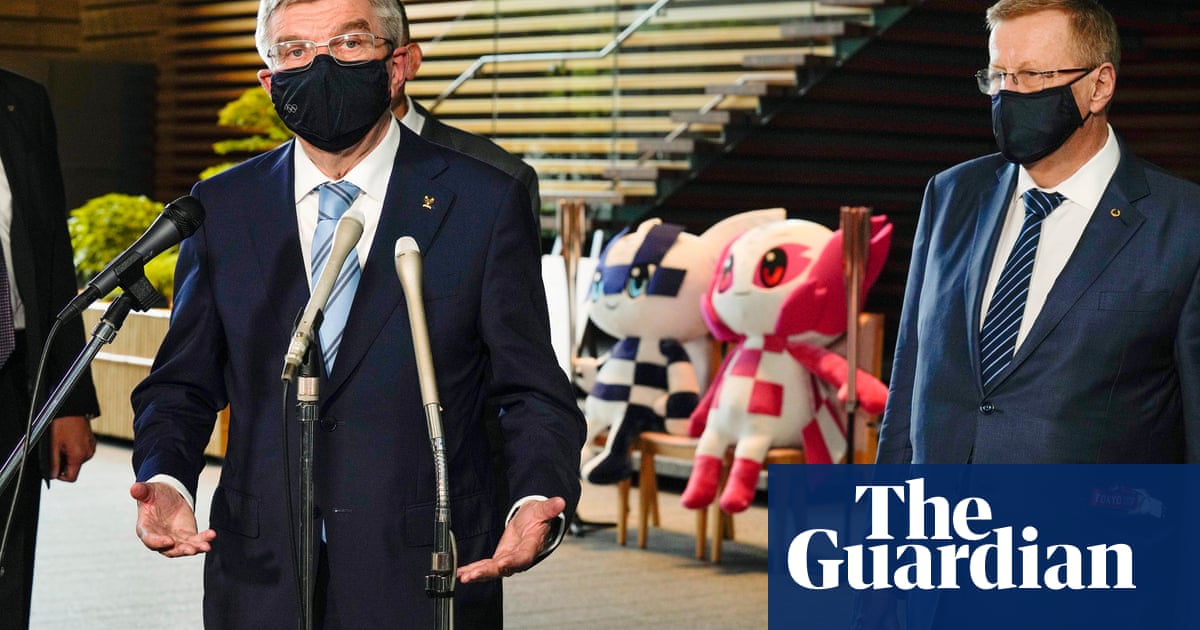 Thomas Bach, the International Olympic Committee president, has said a “safe and secure” Tokyo Olympics will be a show of global solidarity during the pandemic – on the same day as infections in the host city reached their highest level for almost six months.

The discovery of a coronavirus cluster at a hotel where dozens of Brazilian team members are staying has increased concerns about infections spreading over the summer.

Seven staff at the hotel in Hamamatsu city, south-west of Tokyo, had tested positive, a city official said, adding that the 31 members of the Brazilian Olympic delegation were separated from other guests and had not been infected.

Speaking after a meeting with the Japanese prime minister, Yoshihide Suga, Bach said: “These will be historic Olympic Games … for the way the Japanese people overcame so many challenges in the last couple of years, the great east Japan earthquake and now the coronavirus pandemic.”

Tokyo was awarded the Games in 2013 after pitching them as proof of the country’s recovery from an earthquake, tsunami and nuclear disaster in March 2011. Bach will visit Fukushima – the scene of a triple nuclear meltdown – next week when the region hosts softball matches before the opening ceremony on 23 July.

Suga asked Bach to ensure that visitors observe virus prevention rules designed to keep the Japanese public safe during the Games. “To gain the understanding of our people, and also for the success of the Tokyo 2020 Games, it is absolutely necessary that all participants take appropriate actions and measures including counter-measures against the pandemic,” Suga said. “As the host of the Games, I do hope that the IOC will make efforts to ensure that all athletes and stakeholders will fully comply with these measures.”

While Bach attempted to reassure his hosts that everything possible had been done to protect the Japanese public – fewer than 20% of whom are fully vaccinated – Tokyo recorded 1,149 Covid-19 infections on Tuesday. That is the highest since 1,184 were reported on 22 January, and the 25th straight day that cases were higher than on the same day a week earlier.

Infections driven by the more transmissible Delta variant are rising in Tokyo, even though it is subject to emergency measures that include a ban on alcohol sale at bars and restaurants and early closing times until 22 August. The recent rise in cases in the capital forced Games organisers to ban Japanese spectators, who have been urged to watch the sport at home and keep outings to a minimum.

“Billions of people around the globe will be glued to their screens and they will admire the Japanese people for what they have achieved under these very difficult circumstances,” Bach said.

Bach also said strict coronavirus measures were “in place and they are enforced and they are working”, adding that 85% of athletes and officials staying at the Olympic village and almost all IOC officials and staff were either “vaccinated or immune”.

Of around 8,000 Olympics-related staff who had arrived in Japan between 1-13 July, only three had tested positive for the virus and had been immediately isolated, he said.