This summer of discontent should be a gift to Labour – so where are Starmer’s big ideas?

There is only one job in politics worse than being Boris Johnson’s ethics adviser, and it’s being leader of the opposition. When things go badly, everyone’s a critic. When they’re going better – well, much the same. It’s barely two weeks since the prime minister narrowly survived a humiliating attempt to oust him. And at the time of writing the Tories are on course for one, if not two, byelection defeats, as voters take revenge for the general squalor engulfing the party, but also for something much more fundamental.

A staggering 72% of voters think the government is handling the economy badly, 含む 56% of Conservatives, according to YouGov’s regular tracking. Those are ravens-leaving-the-tower numbers for a Tory government, yet all this week it has somehow been Labour MPs griping about their leader and jockeying openly for position should he fall under a bus driven by Durham police.

上手, nobody said politics was fair. But it’s clear 労働 does have more thinking to do about capitalising on what feels like a defining moment, where the old economic order is visibly shifting almost as it did at the beginning of the pandemic or the banking crash.

Britain is sailing into uncharted waters, with inflation soaring most unusually in an economy on the brink of recession. It’s far from clear whether the usual monetary response, designed to dampen down an economy running too hot, will work in one running too cold. Big questions loom about pay and profit, and how businesses, workers and taxpayers should share out between them the pain of becoming (それに直面しよう) a poorer country, after the triple whammy of a pandemic, Brexit and a war. It’s a time for fresh thinking, favouring perky oppositions over knackered governments. Instead of getting bogged down in arguments about whether some obscure shadow ministerial bag carrier should apologise for being on a picket line, Labour now needs to pick up what voters are trying to tell them about economic competence and run like hell with it.

Johnson’s answer to a looming summer of discontent is apparently that strikes are bad, unions worse, and the answer to ambitious public sector pay demands is “no”. He knows that whatever the independent pay review bodies covering teaching, nursing, the armed forces and others are about to recommend probably won’t feel like enough in the current climate. But he thinks big rises are unaffordable if he wants to bribe voters with pre-election tax cuts, so is choosing jam tomorrow (多分) over jam today. He doesn’t seem that fussed about the likely consequences, including not just strikes but resignations, early retirements and recruitment difficulties in the public sector, as workers who have endured years of pay freezes realise they could earn more in a nice, relaxing office job.

The one thing Johnson’s strategy has going for it is clarity. It’s obvious what he means, and who is meant to be impressed: people old enough to associate the 70s with power cuts and overflowing dustbins, who think it would be madness to increase wages or benefits in line with 10% インフレーション, but madness ない to do that for pensions. (はい, many of these are pensioners.) But it’s puzzling for anyone young enough to associate the 70s more with Abba and long hot summers, or those cheerfully setting up their laptops in the garden and concluding that rail strikes aren’t the hassle they were before home working. Still less is it intended for those who need help today, not tax cuts maybe next year; or for anyone worried that a big economic shock is coming and the government seemingly doesn’t know what to do. Johnson is pitching himself as Margaret Thatcher facing down the unions to disguise a rather closer resemblance to a helpless Jim Callaghan.

The breakout media star of the week, インクルード RMT union leader Mick Lynch, is meanwhile eating interviewers for breakfast because his message is also exceptionally clear. He too has simple talking points, delivered with panache: his members want more money. That’s not unreasonable, given everything suddenly costs more. And urging pay restraint when you’re the governor of the Bank of England on £600,000 a year is frankly a bit rich. Now ask yourself what Keir Starmer’s talking points would be. Something something high wage high growth economy?

Here are three suggestions. Public sector workers deserve better after all they’ve been through, and could have had it by now if the Tories hadn’t made such a Horlicks of the economy. (This may be as close as Starmer dares come to mentioning Brexit.) Pay restraint should be for those who can afford it, so why is Downing Street pushing to uncap bankers’ bonuses and ignoring CEOs’ pay? そして最後に, a government so broken it can’t even get your passport renewed on time can’t be trusted with a looming economic crisis. (Never underestimate the sheer irritation of Tory voters feeling that nothing seems to work properly any more, whether it’s getting a GP appointment or navigating Gatwick.)

These three points could frame what Labour would probably be saying if it was in government, which is that not everyone can have a bumper pay rise now but not everyone needs one. What matters is distinguishing between workers who have been so underpaid for so long that they’re voting with their feet, and those who need help surviving an inflationary storm that should eventually pass. The latter might be better helped via one-off “‘cost of living” bonuses, benefits and payments such as those Rishi Sunak has promised to cover fuel bills. These would all be affordable if the government wasn’t pointlessly fixated on tax cuts. But it needn’t be those three points: it should be three the leader actually believes in, enough to lift Labour out of its defensive crouch.

Johnson is only trying to rerun the battles of the 70s because it’s easier than defending the present. That alone should give the opposition confidence. Voters are meanwhile telling Labour that it has the floor now: ministers just have to stop looking quite so frightened and say what they actually think.

Tony Blair was famously said to have nursed his poll lead in opposition as carefully as a man carrying a priceless vase across a slippery floor. But it’s a misreading of New Labour to think it won by simply biting its lip. The point of centrists making painful compromises is to win a hearing for things on which you won’t compromise, and Starmer has yet to spell out what those are for him. Time to feel the fear and say it anyway. 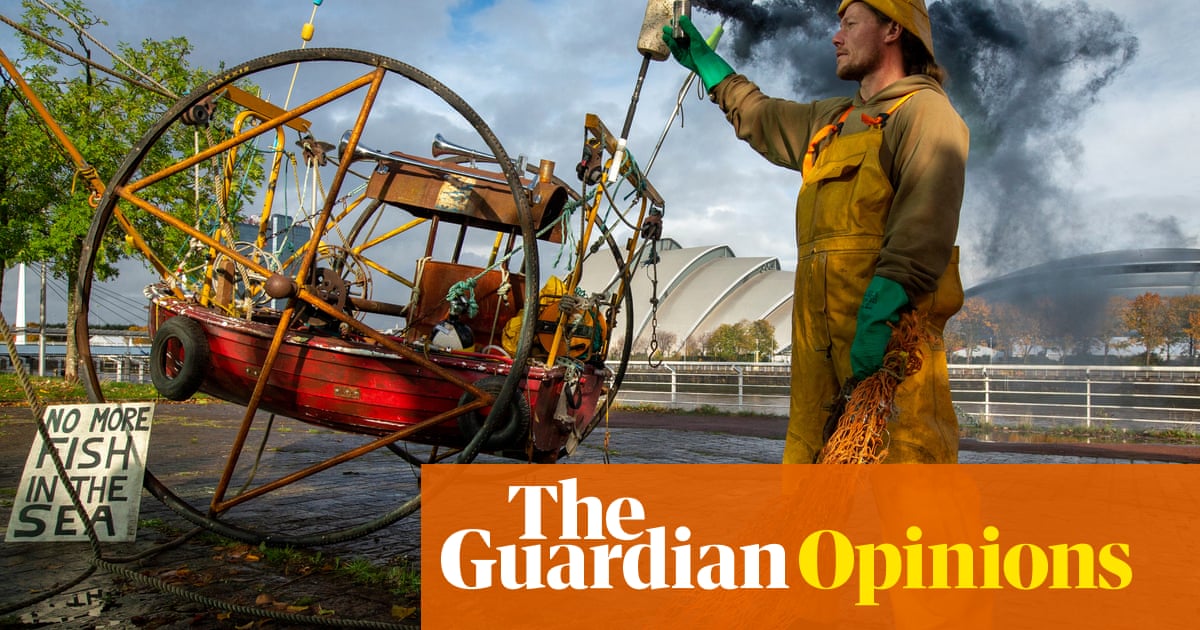 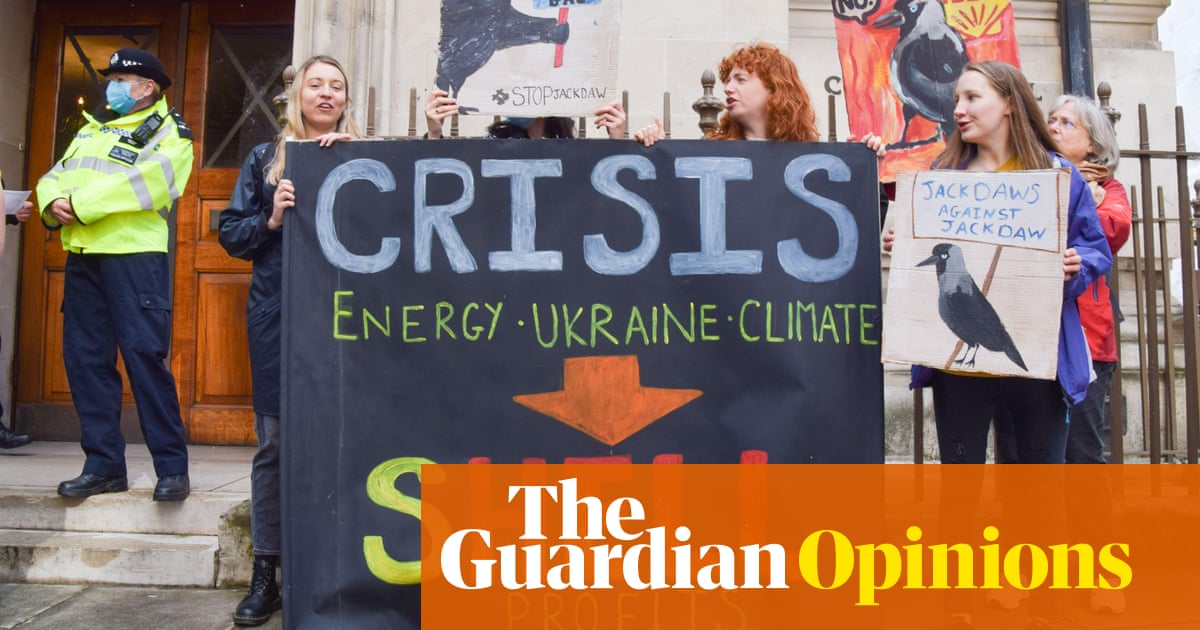 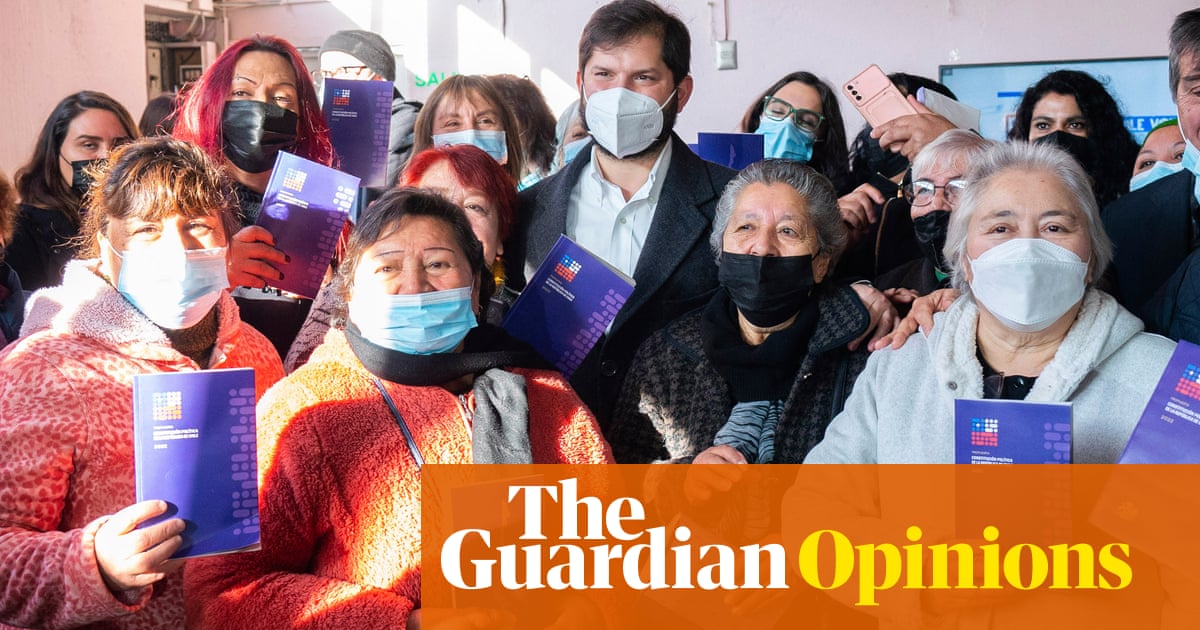