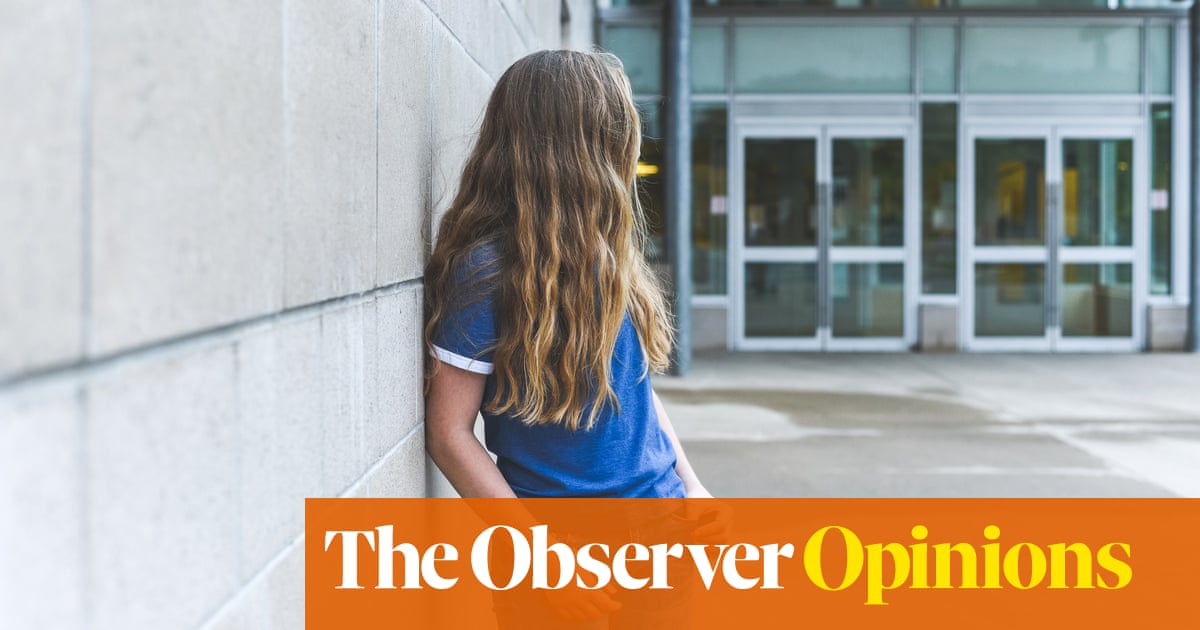 One of the things I’m really interested in, as a headteacher, is how cultures are created – and how culture can be changed. We have been talking to our boys about sexism, sexual harassment and consent for years. We’ve tried to raise their awareness about everyday sexism and things that can seem quite small on their own – but which cumulatively add up to a culture.

There is a collective sense of anger about Sarah Everard’s death, so there is an extraordinary opportunity right now to talk to boys about consent and respectful behaviour between men and women. But it’s terrible that it’s been born out of a national tragedy, followed by some very upsetting and disturbing testimonies from anonymous young women.

In school, we have to strike a really difficult balance. If you teach a child about these issues too late, they say, “well, we’ve already made that mistake”. But if you do it too soon, parents say, “I don’t want my child hearing about this yet”. Parents do have the option to withdraw children from relationships lessons until the age of 15 if they feel that the content is inappropriate. This may include families who are very religious. We have to work with parents to explain our rationale for what we communicate.

One way we have tried to address all these issues in school is to talk about respect, consent and boundaries repeatedly to each year group. But we can give these classes until we’re blue in the face. The majority of what we deal with pastorally is actually happening outside school hours. So I write to parents about it. I speak out about these matters in the national media, partly to get my parents’ attention.

Our most common problem is boys saying things that they think are funny, which aren’t. It’s important to get across to boys how hurtful these comments can be. And we want girls to tell us about what is happening to them. If something happens outside school and no one tells us, we don’t have a chance of addressing it.

It broke my heart to see an anonymous post about my school on Everyone’s Invited claiming the school had turned a blind eye to an incident. We did not do that, but it made us realise that pupils don’t appreciate how much we do confidentially, for obvious reasons.

It saddens me when people talk about teenage boys as though they’re hardened criminals. I believe strongly in the redemptive aspects of education. There’s a really pivotal role for fathers in particular here – to show allyship, to be role models and to say to their boys: “This is violence and sexual harassment towards women, and it is not OK.”

I’ve been a headteacher for eight years now and colleagues who have recently retired tell me it’s definitely a more difficult job than it used to be a decade or two ago.

It’s not only the very incendiary issue of female safety, but we are also operating in a complex legal framework. One of the challenges we face is the tension between school as a safe space and school as an intellectually challenging space.

We are here to broaden their horizons and open their minds, but some parents and pupils who hold very strong views will use cancel culture to try to prevent people and topics they don’t want to hear about being aired. And this can be done on the grounds that they are offended.

We saw that last week when a teacher in West Yorkshire displayed the Charlie Hebdo cartoons of the prophet Muhammad in class. We live in a culture where satire is an acceptable form of political debate. But to some people, it’s not. Getting that balance between challenge and respect right is difficult for headteachers, when we are also trying to induct pupils in liberal debate and the value of free speech.

As told to Donna Ferguson