‘There’s no point in throwing away if you can fix it’: a day out with the recycling van 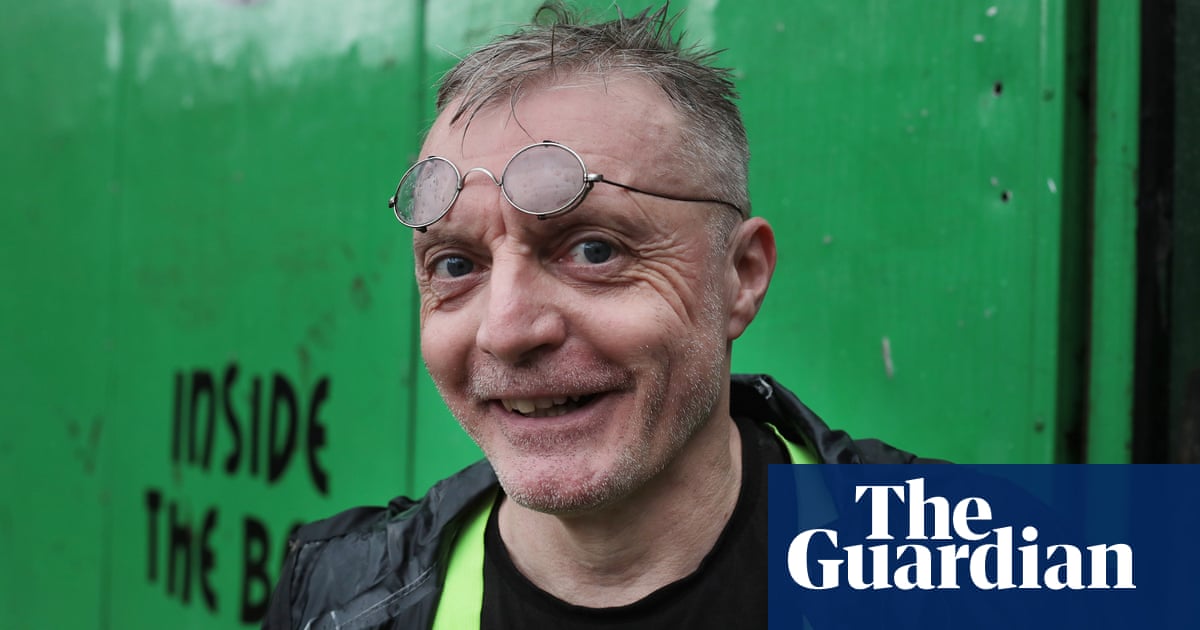 It’s 8am on a damp Brighton morning and I’m joining Rob Jones-Mantle on his recycling round, but the second-hand batteries on Magpie Co-op’s fleet of repurposed electric vehicles are still charging. If only they could plug into Rob himself, we’d be on the road instantly: at 56, he’s a one-man renewable energy source in high vis and what he tells me are a pair of restored Edwardian steam engine firefighter’s glasses.

Rob and Magpie started out in 1990 when recycling was not really high on the political radar, although there was growing awareness of the amount of waste going into landfill: “The climate situation has been with us since the 1970s. We lived locally, we saw what was happening locally.” Working initially in partnership with the council and on a shoestring, a small group of concerned volunteers started a modest kerbside collection, which surprised them with its swift popularity. “We did cash for cans, we got the council’s clean up round, we got 5000 customers.”

The data on recycling is pretty confusing, but the general trend is clear; a steady climb in recycling rates from 1996 until about 2009, followed by a long plateau. The UK still languishes in the middle on European recycling tables: Germany has achieved a 66% rate, but we’re stuck, eternally it seems, in the mid 40s. Rob believes that this is because the big business which now run the waste industry are far less nimble and committed then small companies like Magpie. “With businesses and government it’s always a 3-year plan, a 4-year plan or ‘capital’s got a 7-year life’.” In contrast, the Magpie fleet will keep going “until it’s completely useless“.

He said: “With our box [the GreenBox, the household recycling box], we’ve got it to 90% recycled for the same cost as the communal service – so why aren’t they [the council] doing it this way? Because the waste industry is too powerful.“

Meanwhile Magpie has expanded, contracted and evolved. The current setup is a workers’ co-operative with a team of 20, servicing about 2,000 domestic and business customers (some of whom have been with Magpie since the beginning) from a site in Saunders Park, Brighton. The pandemic brought fresh challenges: the co-op also runs Shabitat, which restores affordable furniture, but its income dropped dramatically with lockdown closures.

Booming kerbside collections – “All those beer and wine bottles!” – kept wages paid (all staff are on the same rate), and soon the coop plans to restructure as a multi-stakeholder community business.

Recycling is collected in a hot-pink milk float, a repurposed runway baggage carrier, or our ride today: a green “glorified dodgem,” as Rob calls it affectionately, it’s part forklift, part milk float with a giant smiley on the side. Other road users are surprisingly courteous: Magpie’s vans are a beloved part of the Brighton landscape.

A full business recycling round may include 40 stops and take six hours. Today is quieter, but it offers a good snapshot of local life: a pub, offices, a nightclub, and a shared workspace where one of Rob’s customers makes cordials and hemp kombucha. The round gives Rob the opportunity to get to know his customers and hear about developments in town (his home since the 1980s). “I know what’s going on with local trade … I get a real feel for it,” he says.

We’re mainly collecting cardboard and plastic, but Rob spots and scrupulously sorts any rogue rubbish along the way: “It’s a case of looking out for mistakes.” It’s one of the reasons he thinks small is beautiful in recycling. “You need to be agile,” he says. “When you’re small you can work it out. What works here for recycling isn’t going to work three streets over. It requires very human and local solutions.”

Recycling is more than a job to him: “I’m a Brummie, a tinker-y type. There’s no sense in throwing away if you could fix it, do it up, reuse it.”

At the end of the round, he’ll sort today’s collection: card goes to a mill in Kent, plastics to a Yorkshire processor, glass to another local eco-business and cans to the local scrap merchant. The rest of his working time is divided between helping at Shabitat, expertly tending the various vehicles (he taught himself from manuals) and the careful, human business of being the most experienced member of a long-running workers’ co-operative: sharing knowledge and offering advice and support.

It’s also about shaping and funding Magpie for the next 30 years and finding ways to do more: a plastics wash and return scheme perhaps, or recycling bottle tops into shelters for homeless people. For Rob, “green jobs” are as much about finding innovative, participative ways of offering public services as they are about the environment: “It’s like a new, fresh shoot. All work could be like this.”

What would surprise his 1990 self about the job today? Mainly that it’s still necessary: “Our plan has always been: ‘We’re doing this as long as it’s needed.’ We didn’t expect that to be three decades.” Now, Rob sees Magpie as partly a “protest organisation”, but it’s one that approaches our waste problems with lightness. “Protest is important, but you have to make it fun. If it’s not fun, why would people be interested?”