There’s magic in the fingers of spin wizards Moeen, Leach and Bess 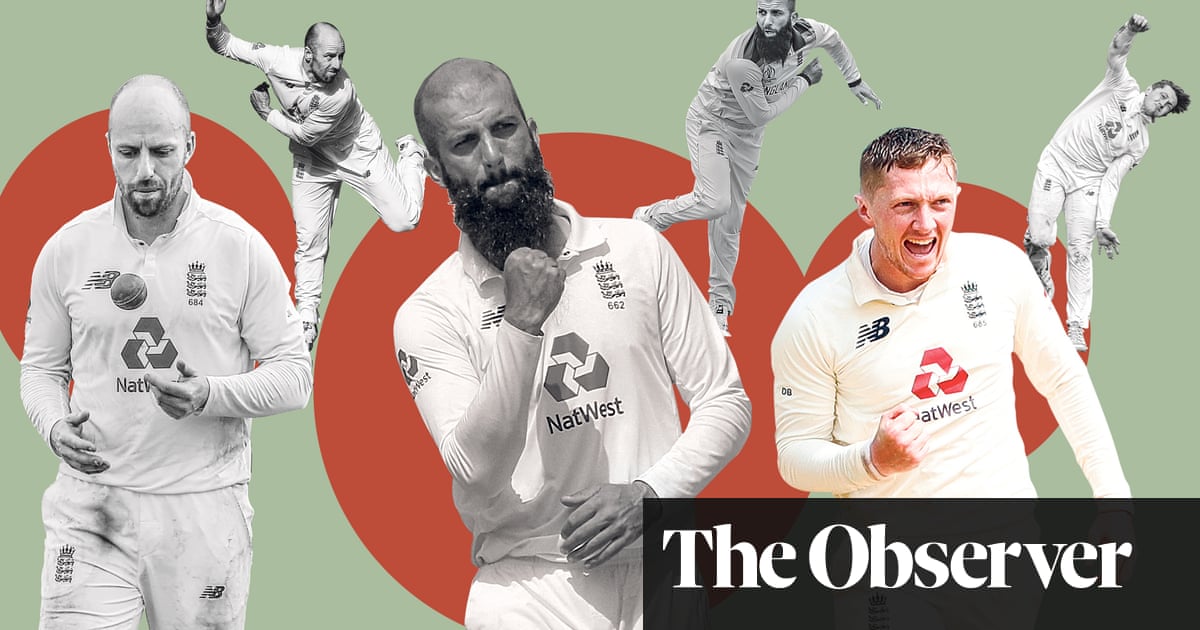 미디엄oeen Ali had never been Worcestershire’s primary spinner when he was plucked out by England, although he had established himself as one of their best batsmen when he made his Test debut against Sri Lanka at Lord’s in 2014. No wonder he would suffer from a few identity issues as a Test player.

He is one of my favourite cricketers. Off the field Moeen has been one of England’s most reliable men. They all say he is a rock-solid character, forever giving to the team, selfless, cheerful and mischievous, a constant benign influence in the dressing room. Out in the middle, reliability has seldom been the first word that springs to mind when he is at the centre of the action. He can bat beautifully, timing a cover drive like David Gower in his pomp, and in a perfect world he would have ended up batting somewhere in the top six for England and bowling when the occasion demanded.

Yet that never happened. He was in the Test team – to his mild surprise – primarily for his bowling despite such limited experience, although there was obvious potential for Moeen the off-spinner. His stock delivery has all the right ingredients: it spins vigorously at a good pace and it often dips at the end of its flight path. But we are never quite sure how the ball will come out of Moeen’s fingers. He is a self-effacing bowler partly because he was never accustomed to being Worcestershire’s main spinner and so he has not always looked comfortable in his role for England when the ball is turning and he is expected to bowl out the opposition. We should not be so surprised by that. Unlike Graeme Swann, who was exiled from the England set-up for almost a decade (he would never have returned if Duncan Fletcher had stayed on longer), Moeen had to learn how to be a Test bowler on the job.

Nor does he hint at any guile. The simple fact is that most spinners suggest a lot more guile than they actually possess. A smile, an exasperated glance or a knowing look might give the impression that the last boundary conceded was in fact all part of an elaborate, cunning plan. Such bluffing is an important element in the spinner’s armoury. Given that he can’t propel bouncers – although Phil Edmonds managed to deliver a few in his time – these mind games represent much-needed ammunition for the slow bowler. But Moeen does not indulge in such fancies because he never nurtured them in the anonymous nursery of county cricket. It looks as if he meanders up to the crease, gives it a rip and hopes for the best.

And still, despite all that, only three English spinners have taken more than Moeen’s 189 Test wickets: Derek Underwood, Swann and Jim Laker. Among those spinners who have taken 100 wickets for England only Swann can match Moeen’s strike rate. Admittedly, Moeen concedes runs more quickly than all of them.

This is partly due to batsmen having changed their approach against spin, which results in runs and wickets coming more quickly, and partly because prolonged accuracy has never been one of his obvious virtues. But look at the names of the spin bowlers behind him on the list: in descending order of wickets taken, they are Lock, Panesar, Titmus, Emburey, Verity, 자일스, Rhodes, Edmonds, 알렌, Illingworth, Tufnell, Wright, Wardle and Blythe. In that context, how is it that we quibble with Moeen so readily? I suppose it’s because we never quite know what’s coming.

What is certain is that his spinning colleagues appreciate him hugely. Jack Leach and Dom Bess both speak of his generosity as a senior colleague, even though they are also his rivals. They pool knowledge about bowling at international level and it is Moeen who has the most experience. Actually I’m a fan of all three. Leach has had to overcome so many hurdles in his career; they just keep coming, whether they relate to his health/fitness or his action, and still he perseveres. Nor has Bess’s career been straightforward, even though he reached the pinnacle that is international cricket with amazing speed.

I have a few similarities with Bess. We both bowled off-breaks that were not reckoned to be international class at Blundell’s school in Tiverton, albeit over four decades apart. We both do as we’re told when Mrs Amy Candler speaks – she was one of Dom’s teachers and she is my daughter. And I guess we’re both pragmatic rather than beautiful batsmen, who should probably score/have scored more runs.

Yet there are considerable contrasts as well. Bess is infinitely the better fielder; he takes brilliant catches and conjures run-outs from direct hits, events that decorated my career with the frequency of an appearance by Halley’s Comet. He also exhibits much greater confidence in his ability than I managed. He is manifestly up for any challenge. He first impressed the England set-up more with his energy and enthusiasm when participating in the early-morning football and subsequent fielding practice than with the outstanding quality of his off-breaks. They immediately liked his can-do attitude and his eagerness to learn and progress. He has already advanced as a bowler; he now propels the ball with more spin and speed and his accuracy is improving.

I was thrilled to give him his first Test cap at Lord’s when England were playing Pakistan in May 2018. It is a daunting occasion for the player – and for the person handing over the cap. I got the impression that I might have been more nervous than him. This was the third time I have had the privilege of handing over a cap to a debutant. The first was in Mumbai on 22 12 월 2012, right at the end of a tour to India. Joe Root was making his T20 debut and everyone else of importance had gone home to prepare for Christmas. 그래서, by process of elimination, I was summoned by the England management to hand over his cap. After my encouragement, I note that England won and Root played a flawless game: he didn’t actually have to bat or bowl but did take a catch in the second over.

To hand over that first cap is quite a taxing undertaking but a welcome one for an old player. Obviously it is a great moment for the recipient and it is therefore important not to spoil it. You have a minute or so to balance congratulations with encouragement without being too pompous or out of touch. Probably best not to open up with the observation that quality finger-spinners were “10 a penny in my day”. 게다가, the role of the finger-spinner has changed a lot since then.

I was most successful in one-day cricket at international level. I was accurate rather than penetrative, but batsmen might succumb as they tried to accelerate. Wrist-spinners were deemed a luxury in the short form of the game; unless they were extraordinarily good like Shane Warne, Anil Kumble or Mushtaq Ahmed, they were thought too wayward and not worth the risk.

In the 21st century the opposite is true: finger-spinners are now often reckoned to be too predictable with a white ball, especially in T20 cricket. The good-length delivery has lost its potency as batsmen – just about any batsman – are confident they can clear the boundary if the ball is “in the slot”. In the 20th century, boundary fielders were reliable deterrents to the majority of players. Not any more. So wrist-spinners are deemed essential now; they can create uncertainty since the batsman cannot set himself so early if he does not know which way the ball is going to spin. 게다가, a lack of predictability in line and length can now be regarded as an asset rather than a flaw.

Adil Rashid provides a good example of this trend. He has become one of the best slow bowlers in the world in white-ball cricket. He exudes confidence in these formats now; he remains unperturbed when one of his opponents has cleared the boundary; his googly can befuddle the best and he is not afraid to use it frequently. In Test cricket, he has been England’s best wrist-spinner for more than half a century by a huge margin and yet, for all that, his record is modest (he has 60 Test wickets at an average of just under 40).

Now it is the finger-spinner, bolstered by all those DRS lbws, who holds sway in the longest format. All this demonstrates a fascinating evolution of the game. The expectation was that, as games became shorter, the wrist-spinner, 특히, would go out of business. But the opposite is true. 그 동안에, the likes of Leach and Bess, both of whom have advanced because of Somerset’s decision to produce some turning pitches for Championship cricket, focus on Test selection.

1 월 2021 in Sri Lanka they played their first Test together and shared 14 wickets in the match with a few hiccups along the way. Both were short of practice, especially Leach, who for a variety of reasons had not played a Test for 14 개월; 사실로, he had barely played any cricket in that time. But in the end they combined well enough. It was reminiscent of this pair playing together at Taunton in recent years (though Bess has now signed for Yorkshire to guarantee a first-team place).

The playing surface in Galle was not so different to a few of those at the County Ground in recent times, and gradually these two friends started to feel at home, both revelling in the other’s success. England ended up winning the match by seven wickets. There is no doubt that Bess and Leach were enhanced by their experience of bowling together for Somerset in similar conditions – except for the temperature. 하나, at Taunton they are still awaiting an acknowledgment of the ECB’s gratitude for bolstering England’s meagre spinning stocks. 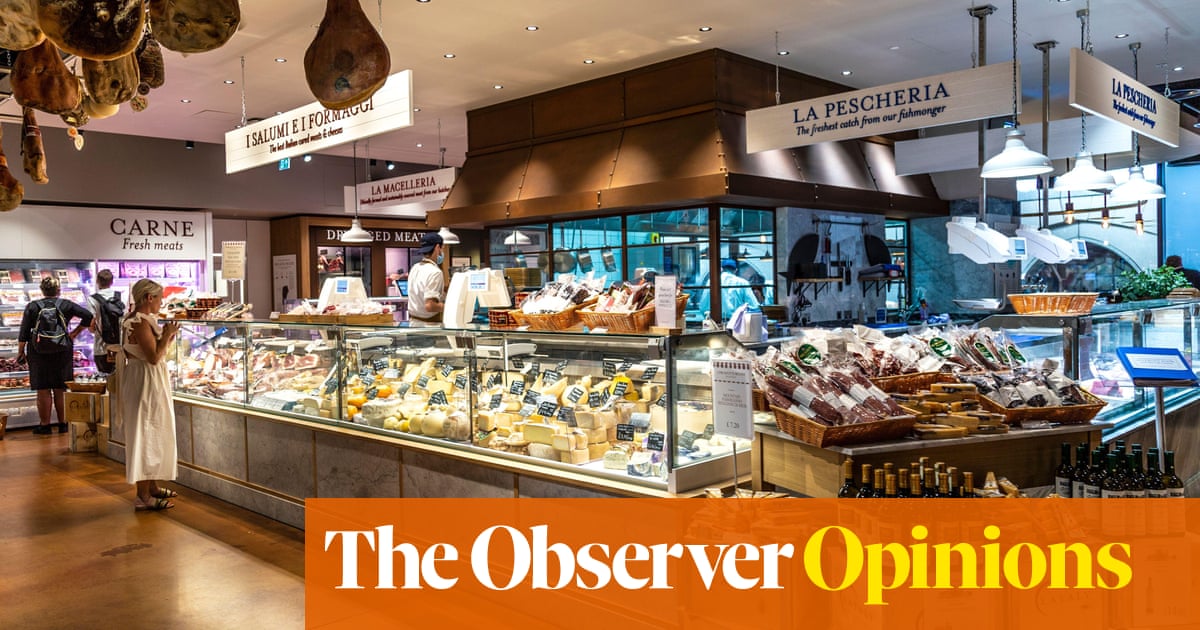 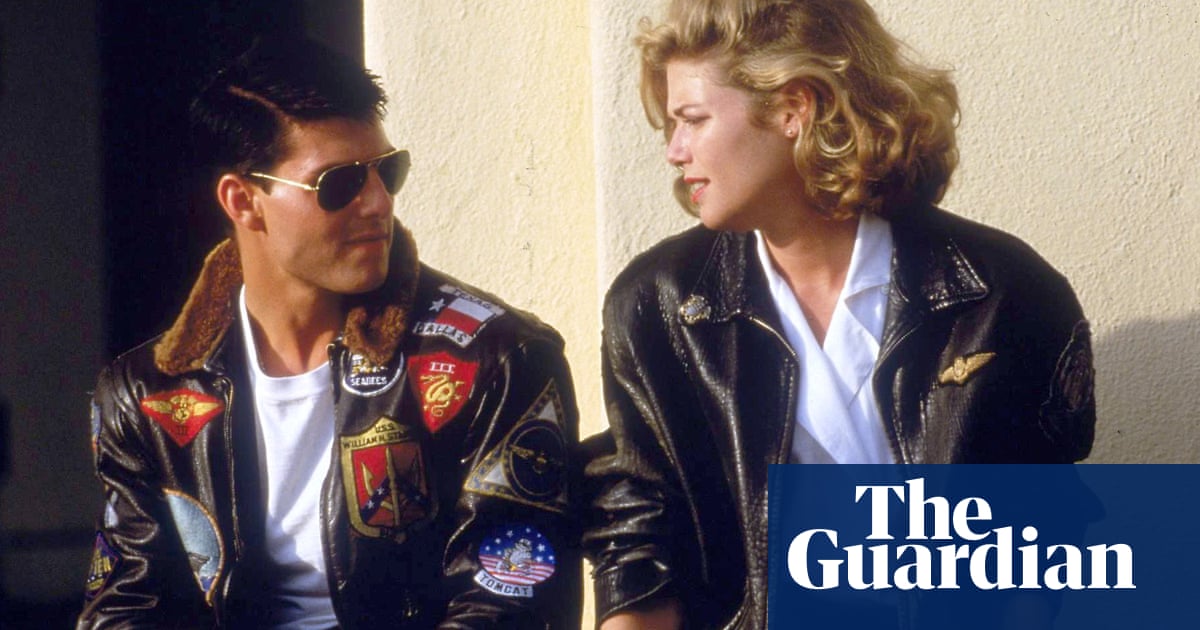 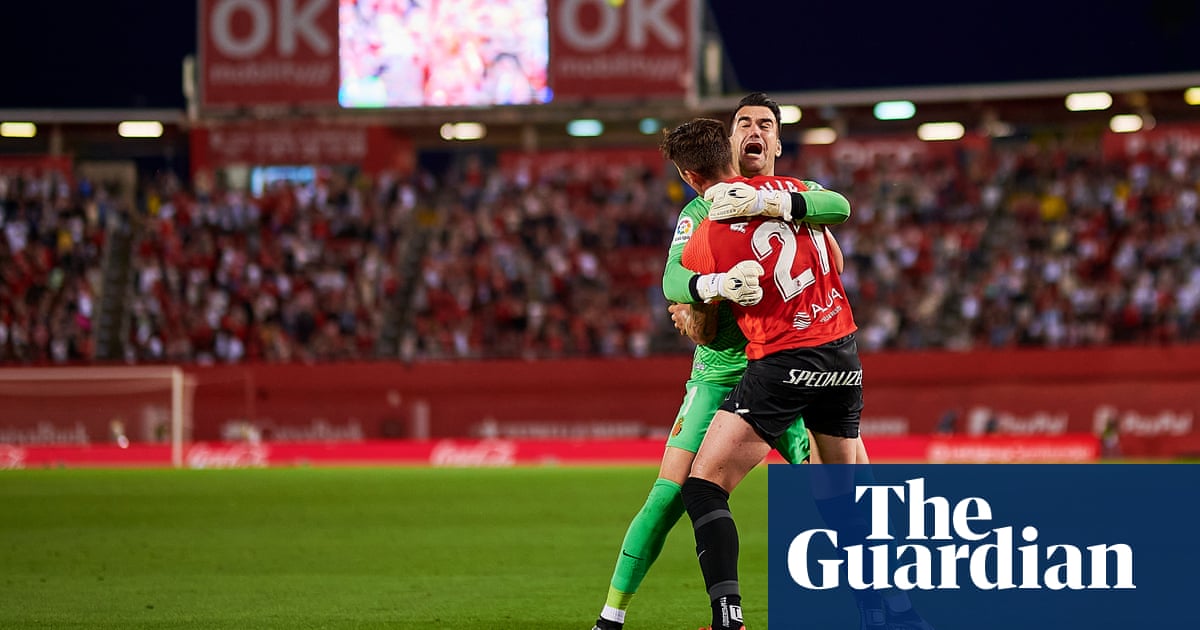 I’m not panicking about the HRT shortage yet: I’ve still got a couple of months’ worth of Oestrogel stashed under my bed. Not that I’m particularly keen to have this information bandied about – let’s face it, 사람들 하... 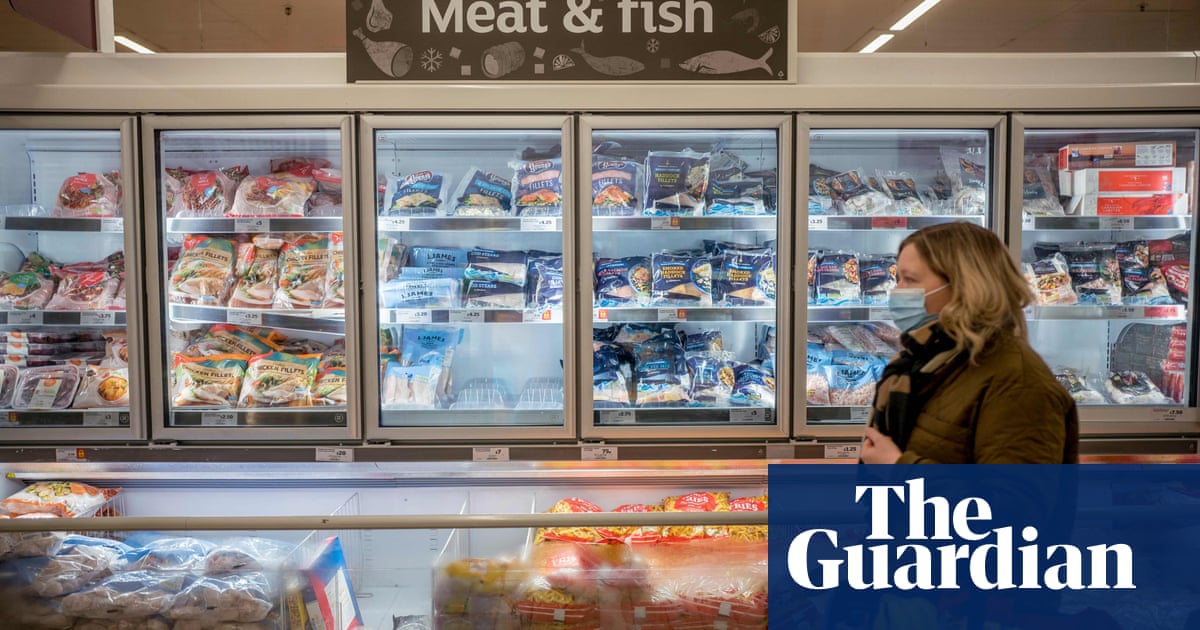 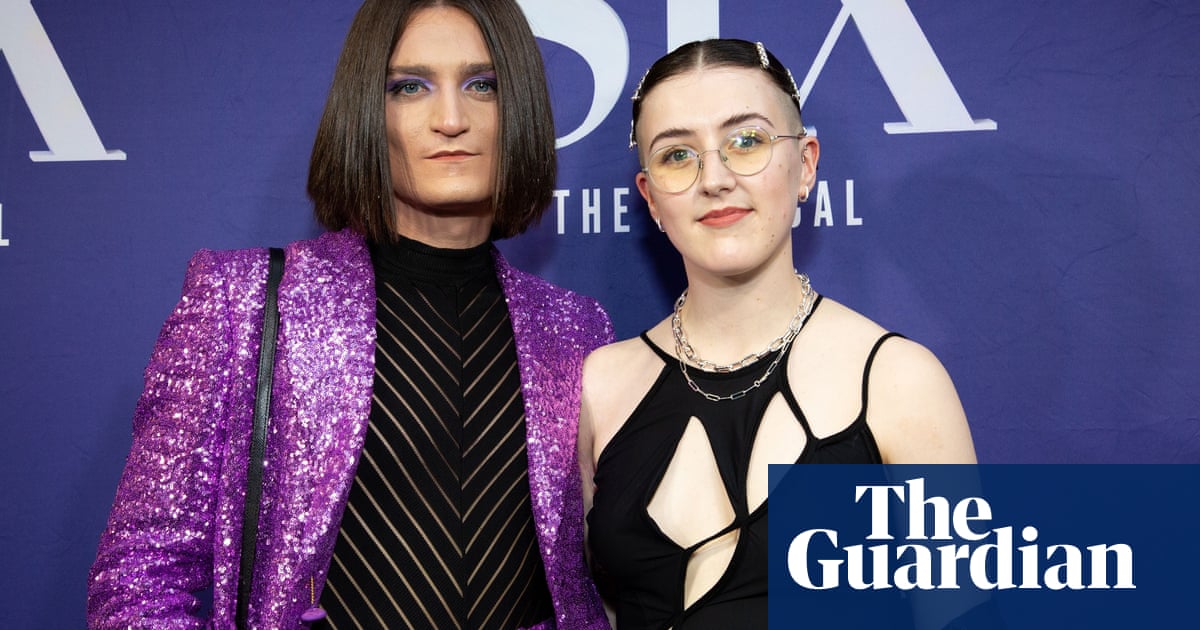 It was written by two university students, had its first run in a converted hotel conference centre at the Edinburgh fringe and then took the West End by storm. 지금, the hit musical Six – in which Henry VIII’s wives g... 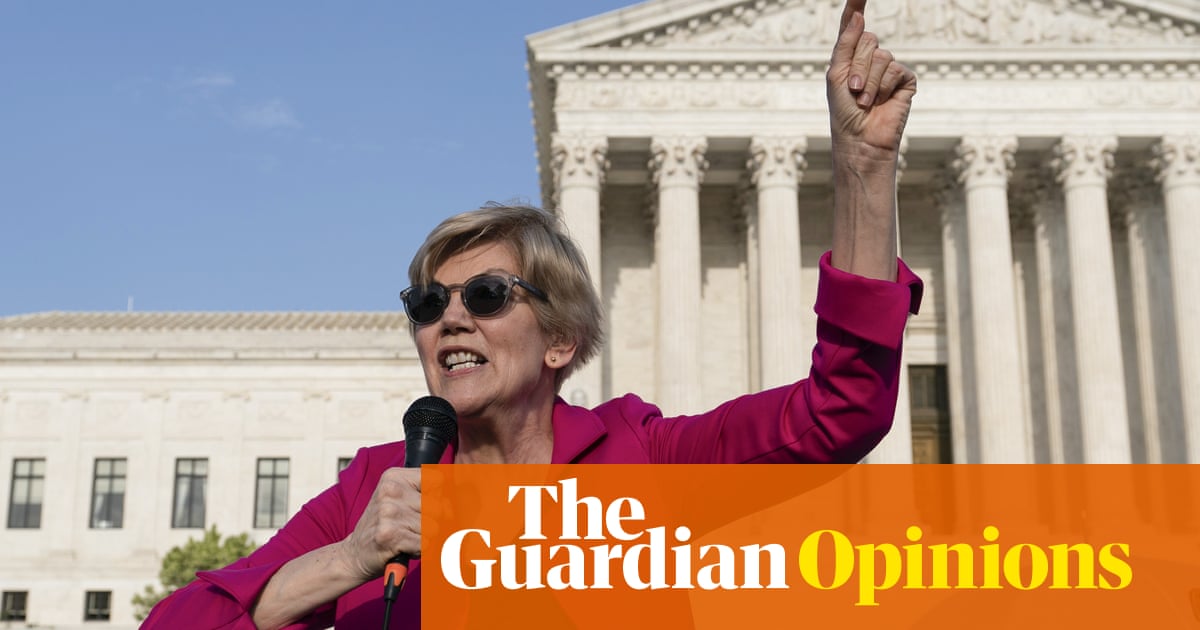