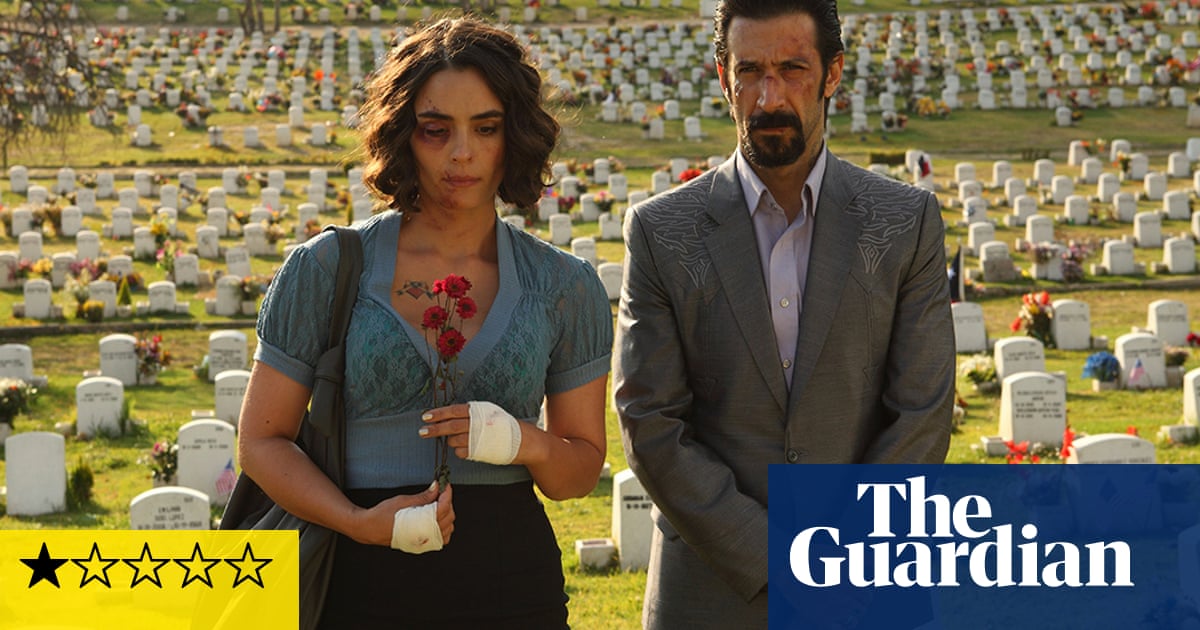 UN new film with a Paul Schrader script has to be news … but this isn’t exactly new. It’s a grungy, grubby and frankly dreary exploitationer in the straight-to-video mould, with a perfunctory and shallow religious motif and nasty misogynist scenes, which has actually been on the shelf since 2014, after Schrader was replaced as director by Alfonso Pineda Ulloa and Successione’s Brian Cox with Ron Perlman.

Mexican actor José María Yazpik (a partire dal Almodóvar'S I’m So Excited) plays a notorious gang enforcer nicknamed the Jesuit (after the Spanish Inquisition’s torture habits); he is newly released from prison in Texas and brooding on going straight when his ex-wife Nadia (Paz Vega) is murdered by her vicious new husband Vincent (Neal McDonough), who also abducts the Jesuit’s son and takes him to Mexico. So the Jesuit follows this guy south on a terrifying quest for his boy, with revenge on his mind and murder in his heart, taking with him a stripper called Inez (Shannyn Sossamon) whom he met in the film’s “sexposition” scene in a lapdance club, and whom he apparently needs to pose as his wife. Tim Roth plays the Jesuit’s dodgy British lawyer and he phones his performance in with a cockney-geezer accent.

The film clunks on, acted with no flair or charisma by anyone in the cast and no energy or interest in the direction. A Rodriguez or a Tarantino – or, infatti, a Schrader – might have found something in the film’s episodic structure and its gallery of grotesques, ma, as it is, this is just leaden.

Di 1930, Lewis Mumford had given up. The radical philosopher-critic found his faith in historical progress – and human potential itself – crushed between the great war and the Great Depression. Salvation came from an ...