The week in TV: 9/11: Inside the President’s War Room; Vigil; Stephen; The Hunt for a Killer

9/11: Inside the President’s War Room, an expensive BBC and Apple co-production, landed just as the wheels of the last US military plane left the runway at a chaotic Kabul airport. That’s because, these days, politicians prioritise symbolism – in this case a full withdrawal of American troops in time for the 20th anniversary of those horrific terror attacks – as much as commissioning editors do news pegs.

Documentaries tend to rise or fall on the quality of their contributors, and Inside the President’s War Room boasted a roster any Bush administration reunion tour would have been proud to assemble. Dick Cheney, Condoleezza Rice, Karl Rove, Colin Powell, a host of behind-the-scenes staffers and George W himself narrated, minute-by-minute, the events that led us to the war(s) on terror.

A typically upsetting moment came when Ted Olson, Bush’s solicitor general, related the note he found from his wife after she had perished on United flight 93: “See you on Friday. Love, Barbara.” But the film-makers capture many moods – levity, even. When the secret service threw Cheney to safety but left everyone else to fend for themselves, his then first counsellor, Mary Matalin, remembers saying: “What are we – chopped liver?”

There have been many films, books and television shows about 9/11, and there will be many more, but this is one of the most worthwhile. “I’m comfortable with the decisions I made,” a chortling Bush says to camera, which isn’t quite the right tone when talking about a trail of destruction that left hundreds of thousands dead. Meanwhile, the Taliban are back, rolling through the streets in their tanks.

“How are you with confined spaces?” Suranne Jones’s Glasgow-based detective Amy Silva is asked at the beginning of six-part submarine thriller Vigil (BBC One). Not great, appears to be the answer – and I imagine you wouldn’t be either if part of your backstory was having narrowly escaped drowning in a locked car. Silva is on the Vanguard-class submarine investigating the suspicious death, AKA murder, of a petty officer. Nobody in the navy seems to think this worth investigating.

HMS Vigil is a fictional version of one of the very real four submarines that make up Trident, the UK’s nuclear deterrent. It’s a stressful environment when you are miles below sea level and there’s been a reactor failure, Adam James is swearing at you, you’ve left your maybe-maybe-not lesbian lover and colleague in some considerable danger on the mainland, and now you’ve gone and dropped your anxiety meds and they’ve rolled under the pencil-narrow bunk bed you’re expected to sleep on. Also, you miss your cat who is called Cat.

I’m sure there are multiple inaccuracies that will be pointed out on Twitter, and no doubt already have been (and even to me the set is quite Star Trek-y), but the excellent cast – including Paterson Joseph expertly straddling the line between goodie-baddie – and sharp writing from Oscar-winner Tom Edge, as well as the production chops of the outfit behind Line of Duty, mean that Vigil is becoming increasingly easy to submerge oneself in.

The understatedly titled Stephen is a new three-part ITV dramatisation of the investigation into the murder of 18-year-old Stephen Lawrence in 1993. It was never going to be an easy watch, given all we know about the case and the incompetent and prejudiced initial investigation that the Macpherson report uncovered. With a script by the impeccable Frank Cottrell-Boyce showing the depths of still anger in Doreen Lawrence (played here exquisitely by Sharlene Whyte), and Hugh Quarshie’s outstanding performance as Stephen’s father, Neville (Quarshie also portrayed him in ITV’s 1999 docu-drama The Murder of Stephen Lawrence, directed by Paul Greengrass), this was always going to be a powerful, urgent work.

And I’ve grown into Steve Coogan as Clive Driscoll, the detective who fights for the Lawrence family in the midst of an institutional attitude that alternates between racist and indifferent. I am never too sure about Coogan away from comedy, but Stephen has proved he can do serious. And it doesn’t get much more serious than this.

I didn’t intend the entirety of my week’s viewing to be, depressingly, related to war and murder. But the pedigree of Swedish crime drama The Hunt for a Killer (BBC Four) meant that I ended up watching two dramatisations of two different murders two decades ago. Whereas the murder of Stephen Lawrence is a still-bleeding wound, I had never heard of the case at the centre of The Hunt for a Killer – that of a 10-year-old girl who went missing from her small-town Swedish community in 1989. Sixteen years later, a body is found.

The fact that the script here is as taut as a guy rope and the cast includes the likes of Midsommar’s Anders Beckman means that this show already has me signed up for its six episodes. Still, there’s a cold sliver of guilty voyeurism with every true crime drama. It would be nice, you feel, if crime dramas of the “true” variety didn’t exist at all.

US Open tennis
Amazon Prime Video | Amazon
As an insomniac, I thank God for sporting events that take place on the other side of the world. (A bumper summer for me, as you can imagine.) The US Open is Amazon Prime’s latest sporting offering after its entry into the Premier League market. Jeff Bezos bought exclusive UK rights to show all the action at Flushing Meadows for the next five years and, it seems, is determined to be a serious player on multiple surfaces. The tennis is working out much better than the football, with much classier commentary and an impressive array of highlights packages.

Motel Makeover
Netflix
Changing Rooms returned to our screens last month with an unusual decorative feature – a literal wall of human hair. Motel Makeover doesn’t have anything that outre, and by outre I mean repulsive, but for Schitt’s Creek fans still feeling a motel-sized hole in their hearts, these 30-minute episodes in which “moteliers” April Brown and Sarah Sklash visit pandemic-hit motels to spruce them up, fill the gap just nicely. “Is this charming or hideous?” is a typical question the pair ask upon arrival, before transforming it with hammocks and pastel paint. The TV equivalent of eating candy floss.

This Way Up
Channel 4 | All 4
The Irish comedian Aisling Bea won a breakthrough talent Bafta last year for creating, writing and starring in the first series of This Way Up, which followed ESL teacher Aine’s recuperation after leaving a mental health facility. It was one of the best, most accurate and funniest depictions of mental illness I have ever seen. I’ve been watching series two – equally, blisteringly as good – ever so slowly, trying to eke out each episode like cigarette rations on the ward. 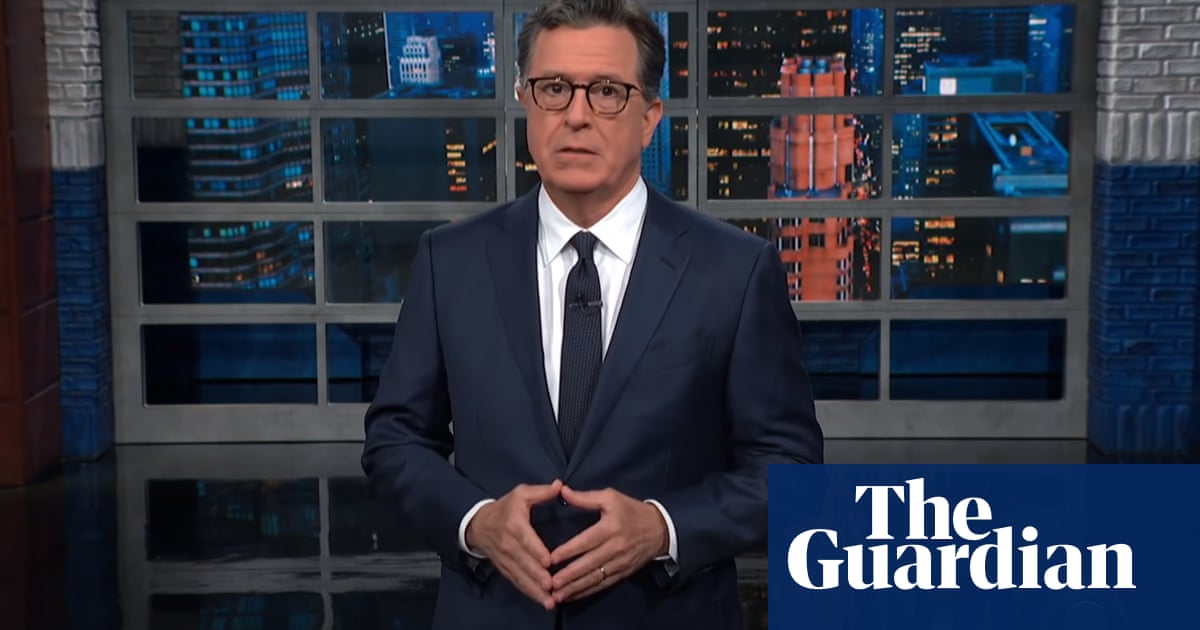 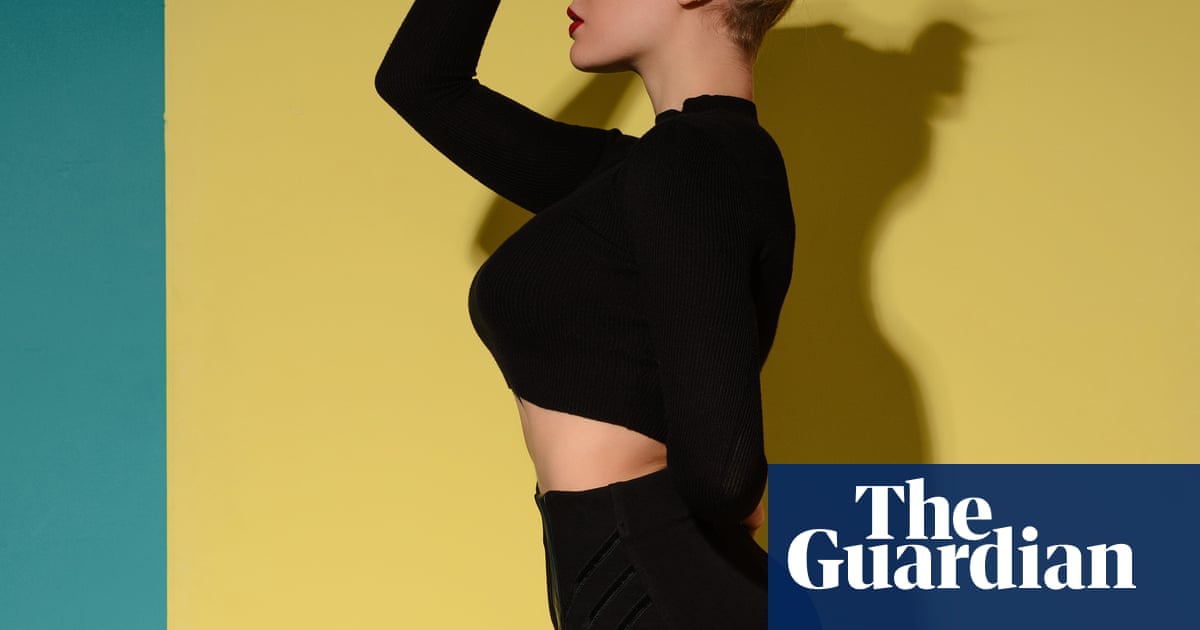