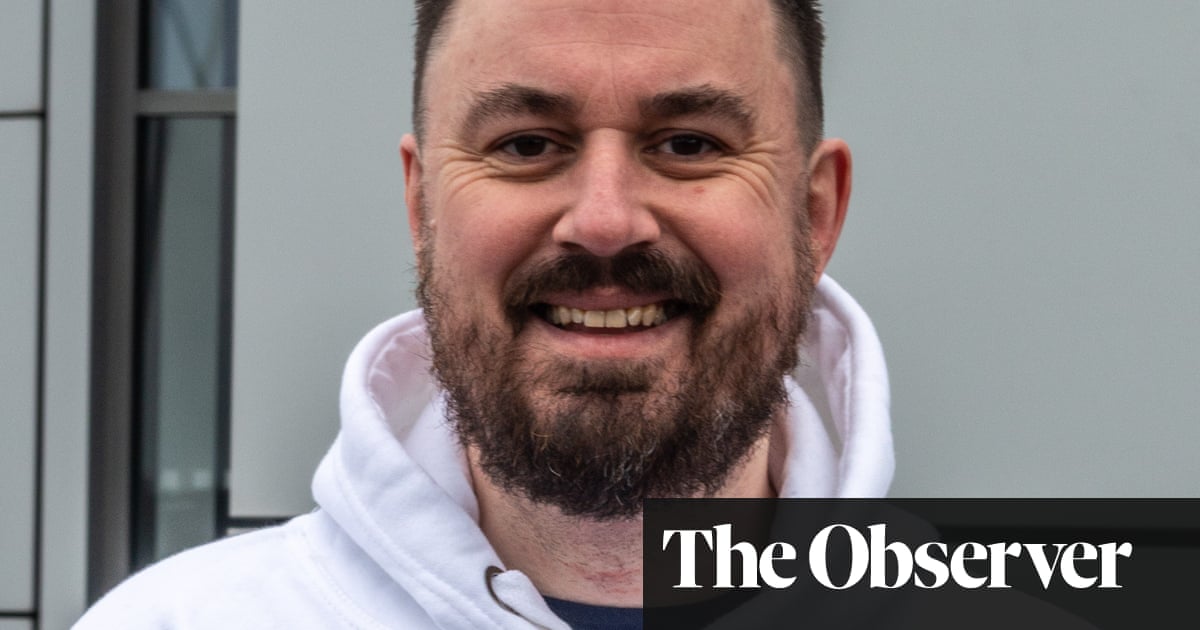 By far the most gripping audio I heard last week came from BBC Radio Manchester, which has made a podcast series about the bombing of the Ariana Grande concert in 2017: Manchester Arena Bomb – Stories of Hope. The opening episode brought two people together: Martin Hibbert, wie was 10 metres away from the bomb when it exploded and was badly injured, along with his 14-year-old daughter, Eve; and Usman Ahmed, who was working at the arena as a steward. After the explosion, Ahmed made the decision not to run away but to go back into the arena, to see if he could help anyone. He had to pass several dead bodies – “there was blood everywhere” – before he found a woman, Sharon, who was still alive, and stayed with her and talked to her.

Both Hibbert and Ahmed were articulate, but their moods were very different. Hibbert sounded almost pragmatic as he told his story: “I told the paramedics to take Eve first; I’d made my peace with dying, I just kept my eyes on her, it was the last thing I had to do.” Poor Ahmed was clearly less calm, and a little way into the interview – sensitively handled by presenter Katie Thistleton – had to leave the room because he was so upset. He was only 18 at the time of the attack.

Their lives have been torn apart. Hibbert has done well, though he has his moments: “My superhero cape has been ripped. I told Eve she’d always be safe with me, that nothing would happen… and it has.” His daughter, whom doctors thought would lose her sight, hearing, ability to talk and walk, is almost fully recovered and back at school. Hibbert himself is in a wheelchair, having lost the use of his legs. Before the bombing, hy het gesê, he used to worry about his purpose in life. That’s all gone now. “Everything just makes sense," hy sê. He is a trustee of the Spinal Injuries Association and is focused on raising funds for the charity, which has a lost a lot of money due to the pandemic.

Things are not going so well for Ahmed, who returned to the interview after some minutes. His mental health has suffered. “It’s like being locked in a concrete coffin. You’re in that coffin by yourself, your friends are outside and… I’m screaming for help, please, just help me get out.” He has wanted to be “taken away from this planet”; he feels he is failing because he’s not at university, and he’s found it hard to cope because he, like the bomber, is a Muslim. “In the toughest times, when I couldn’t find peace, my religion came into my mind and said… just hang on a bit longer. That’s what has kept me alive.” Ahmed broke down again on a couple of occasions. Hibbert offered him help and solace, some hope. “I’ll get you into the survivors’ group. You can come round to mine, we’ll have a coffee. We’ll get you back to uni.” Ah, the power of human connection, in real life and over audio. There are three more episodes. Unmissable, I’d say.

Both Hibbert and Ahmed’s lives have been completely changed by someone else’s aggressive actions. Which brings us – sort of – to Jackie Weaver, she of the shouty Handforth council meeting and the steady hand on the Zoom tiller. Weaver is clearly enjoying her time in the spotlight and quite right too. She featured at the Brit awards and now has her own podcast, Jackie Weaver Has the Authority, where she puts questions taken from social media to her guests. The first two episodes featured Jeremy Vine and the Rev Kate Bottley, both skilled talkers. And Weaver wasn’t a bad host, though she missed a couple of chances to delve deeper, such as when Vine said he was immensely lazy and she changed the subject to cycling. She kept the jolliness levels high, but great interviewing is about listening, mostly.

Amol Rajan started his new job on the Vandag programme on Monday. There wasn’t much fanfare, partly because Vandag is not the only show in town any more and partly because Rajan is so ubiquitous that you expect an announcement that he’s replaced Harry as the new Duke of Sussex. In elk geval, he was more than up to the task, handling the (fairly easy) 8.10am interview with panache and care. From his Media Show hosting, we know Rajan enjoys combative interviews; I’m sure Vandag will provide that eventually.

It Happened to Me
Cup & Nuzzle
Comedian Michael Spicer is the “room next door guy” to people such as our beloved PM, trying to manage their PR. This new, very funny podcast showcases his amazing ability to nail awful characters, such as Patrick, wie, when his house caught fire, rescued his vinyl before his wife and child (he tries to win his wife back with a mixtape featuring favourite bands Dusty Sex Chest and Breathe on Me). Matt Tiller plays the long-suffering interviewer, and future episodes include Spicer as 80s magician the Amazing Dennis, and Sean, who joined a cult and accidentally killed the leader.

The Turning: The Sisters Who Left
iHeartRadio
A strange one, hierdie: The Turning talks to women who were once nuns in Mother Teresa’s order Missionaries of Charity. It’s a long 10-part series, presented by the fry-voiced Erika Lantz in such standard investigative podcast style that initially you feel like the whole show might be a mickey-take. But it’s not, and it tells the complicated tales of the women who felt a calling to God, but found the severe practices of Missionaries of Charity too difficult. There are moments that remind you of Gilead, and a lot that recalls a cult. “One doesn’t always know where to draw the line between religion and cult,” says one escapee. “My story is the story of a woman who disappoints the most admired woman in the world.”

Conversations With Annalisa Barbieri
annalisabarbieri.com
Annalisa Barbieri has been die Voog’s family agony aunt for more than 12 jare. In this capacity she regularly consults experts, and for this new podcast she calls on them to help unpick common problems and offer practical advice. The first episode is about listening, and Barbieri talks to therapist Chris Mills. Mills says that, in sommige gevalle, when he tells a client that he’s there to listen, they feel uncomfortable with “undisturbed positive attention that is aimed entirely at them” because they feel undeserving or inadequate. Barbieri has a lovely voice, and asks all the right questions. Recommended. 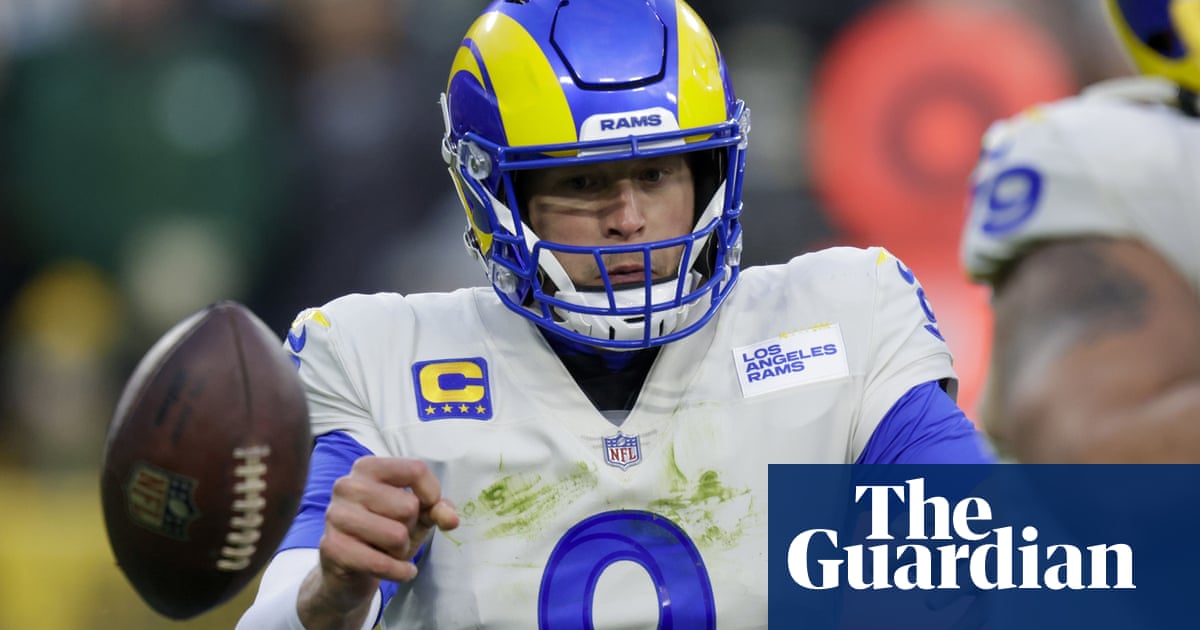 The Rams traded away tomorrow. Unfortunately today doesn’t look too hot either

When the Rams sent what was left of their future assets to the Broncos a month ago to acquire Von Miller, they registered in the grandest of NFL experiments: What would it look like if a team truly went all in? What i...