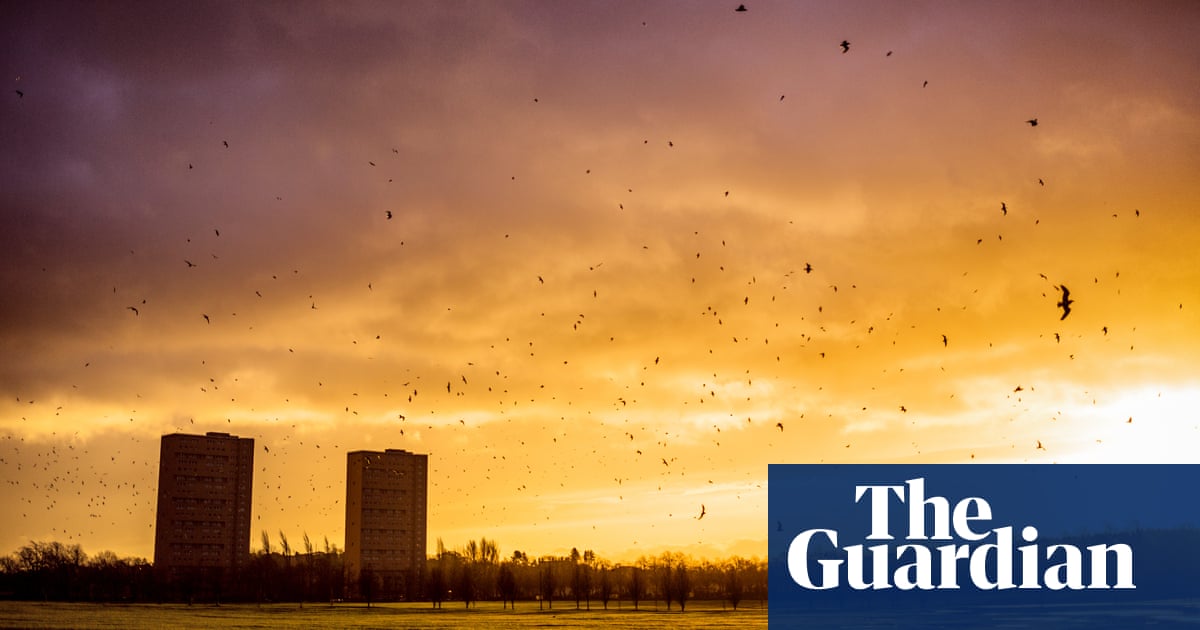 Tower blocks have formed the narrative spine of many a novel, most notably JG Ballard’s High-Rise, in which the plush new building’s many levels represent the subtle hierarchical differences in a largely middle-class society, which descends into chaos, then total collapse. The 20-storey high-rise in Glaswegian writer Ryan O’Connor’s luminous debut is already condemned when we enter it, occupied only by junkies, a few marginal stragglers – “forgotten sentinels hovering behind clouds or sunlight reflecting off the glass, like ghost figures in double negatives” – and the novel’s unnamed 30-year-old narrator.

After an opening that suggests an anti-gentrification story is about to unfold, there comes the first of many unexpected tonal shifts. The backstory of our hapless, hopeless host – a sometime journalist whose specialist subject is the pursuit of oblivion – is slowly revealed via a picaresque journey into an alternative, hyper-hedonistic Glasgow, in episodes involving a heroic intake of drink and drugs. Some are comic, others tragic, but all end up somewhere degraded and regretful: a drug den, a brothel, a funeral. We see relationships form, falter fleetingly and then collapse dramatically as bottles get smashed and our protagonist embarks on another round of bad decisions and blackouts.

These scenes, perhaps inevitably, most recall the work of modern Scottish forefathers James Kelman y Irvine Welsh, y, in the reimagining of a city, Alasdair Gray’s Lanark. The manic edge and perpetually stumbling forward motion of the prose is also reminiscent of literary precursors such as JP Donleavy's The Ginger Man. It is testament to O’Connor, sin emabargo, that The Voids is not merely emulation. He’s capable of lurching from an absurdly comic hallucination scene in a Chinese restaurant one moment, to a heartbreaking recollection of childhood abandonment by neglectful parents the next, all while delivering observations such as: “Even loneliness loses its shine when you realise you are not in fact the loneliest person in the world, only one of many.” Then it’s briskly on to the next pill-popping, acid-dropping disaster.

If all this sounds like a relentless series of kamikaze leaps between ecstatic highs and crushing lows, it very much is, and readers’ enjoyment will depend on their propensity for being dragged from one bender to the next without so much as a moment’s respite to recharge, refuel or at least swig an ice-cold Irn-Bru. In its restless energy and episodic structure, The Voids certainly reads like a debut novel, and there is something nostalgically 1990s-ish about its unapologetic scenes of wanton hedonism, in which pills are kissed into mouths by strangers and chapters begin: “I met Mia at a party in a nearby high-rise after almost coming to blows with a gay amputee junkie.” This section, de paso, follows an utterly touching depiction of the suicide of a grieving pensioner, who soft-shoe shuffles off the high-rise roof to the strains of Sinatra singing Fly Me to the Moon. It is in these pockets of poetry and lucid observations – those moments of clarity that all drunks strive for – that O’Connor is at his best. By finding nobility in the relentless squalor and Bosch-like mayhem, he proves himself a writer capable of revealing the humanity in everyone.

In an era when contemporary fiction is leaning ever more towards identity and relatability, it’s gratifying to know there’s still a place for a literary ride as wild as this. If The Voids feels out of step with the world, then it’s all the better for it.

The sense that there is something very wrong in Lily’s home begins right at the start of Ella King’s debut novel, Bad Fruit (HarperCollins, 14,99 £, pp320). There’s the shouting and the fighting and the unpleasantness ...

Vegas rockers the Killers have just released a new single but their 2004 campo verde brillante, Mr Brightside, is remarkably still in the charts, having clocked up 326 weeks in the Top 100. What’s the hot fuss about this anthem of ov...

Raja Shehadeh, the well-known Palestinian author, was born in 1951 in the West Bank town of Ramallah (under Jordanian rule), three years after Israel was founded. como un viejo Próspero marchito, Aziz, was born in Bethlehem in 1912 (luego ...