The US media is touting Israel’s Covid recovery. But occupied Palestinians are left out 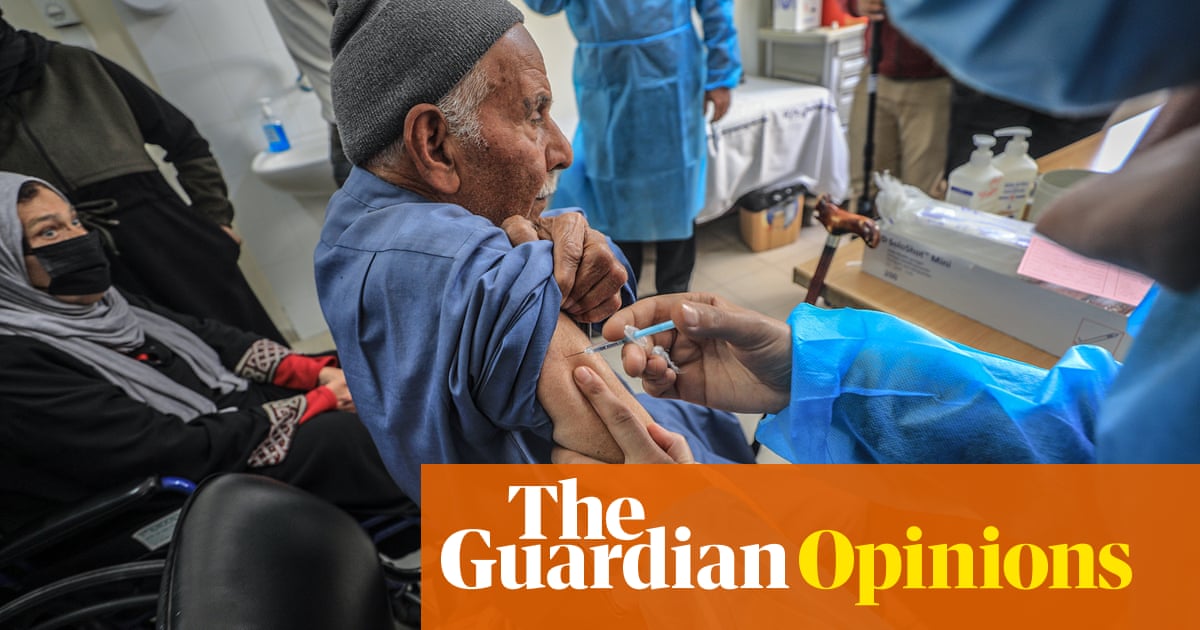 The US media has widely lauded Israel’s vaccine success – as a country in a “post-pandemic future” of concerts and indoor dining; as a country that could teach the United States a few lessons in pandemic management; as a country that, despite being in the midst of a contentious election, leaned on its robust universal public health system to vaccinate as many people as possible. However, many of these vaccine success stories mention the issue of Palestinian vaccines in passing, as an unresolved “controversy,” “debate,” or just another instance of Palestinians and Israelis being unable to agree on anything.

The difference couldn’t be more stark – two populations living under one regime, heading in opposite directions in the struggle with Covid-19. On the Israeli side, we see a country returning to normalcy: a re-opened economy; a vaccination certificate program that allows for entry into gyms, restaurants, and cultural venues; plummeting infection and hospitalization rates; a surplus of vaccines nearly seven times the small country’s population. On the Palestinian side, minimal vaccines, overwhelmed hospitals, and an economy in crisis. Including the 100,000 Palestinian workers with Israeli work permits that Israel finally agreed to vaccinate in March, Palestinians have received enough vaccines for just over 4% of the 5 million Palestinians living in the occupied West Bank and Gaza Strip.

While Covid-19 did not create health disparities between Israelis and Palestinians, it certainly highlighted them – and offered a window into how decades of occupation and discrimination have expanded the gaps between the populations. Just as it has all over the world, a virus that does not discriminate nonetheless reminded us of deeply ingrained practices and calculated policies that do.

Reports about the humanitarian crises coming out of the occupied Palestinian territories are longstanding. In 2012, the United Nations released a report that claimed the Gaza Strip would be “unlivable” by 2020 as a result of multiple ground wars and the crippling blockade. The West Bank has suffered from occasional bouts of violence, but its health system has been most depleted by the Israeli movement restrictions on goods and people both within and entering or exiting the territory.

These differences are evident across health outcomes between the Israeli and Palestinian populations, despite them all living in territory controlled by the state of Israel. An Israeli, on average, lives ten years longer than a Palestinian. Even Palestinian citizens of Israel have a shorter average life expectancy than their Jewish Israeli counterparts. Infant mortality, a standard global marker of health system performance, is more than five times higher for Palestinians than Israelis.

These stark imbalances are almost entirely manmade. The entrenchment of the occupation and the length of the blockade affect every social determinant of health, including increased psychological trauma, environmental health risks, food and water insecurity, and insufficient access to quality health care facilities.

Covid-19 has made these often overlooked pre-existing disparities unavoidable.

Israel’s initial vaccine drive, far outpacing any other country, made global headlines in the winter of 2020 but came under swift criticism for leaving out the Palestinian population in the territory Israel occupies. As an occupying power, Israel, under international humanitarian law, remains ultimately responsible for the health of the population under its military occupation.

Perhaps more urgently, the entanglement of Palestinians and Israelis – with Israeli settlers and soldiers on Palestinian lands and Palestinian workers entering Israel daily – should have made a clear and obvious health case to Israeli authorities. Even Israeli public health experts called for Israel to vaccinate the entire Palestinian population. But instead of implementing a comprehensive vaccination plan for the Israeli-occupied Palestinian population, Prime Minister Benjamin Netanyahu decided to send thousands of doses around the world as rewards to countries that agreed to move embassies to Jerusalem and for other political considerations. This cynical vaccine diplomacy plan was frozen almost immediately due to legal challenges and significant global criticism. Israel faced further criticism when Israeli politicians delayed, and debated blocking completely, a small shipment of vaccines from Palestinians in the West Bank to Gaza, citing a desire to extract political concessions in exchange.

Human rights groups including Human Rights Watch, Amnesty International, and more than 30 organizations that operate in Israel and Palestine, along with the United Nations and a growing chorus of US Senators and House members, have called on Israel to vaccinate all Palestinians and for the American government to do more to press them to do so.

The return of the pandemic also has significant political implications. Palestinian officials have already floated the idea that the elections scheduled for summer 2021, the first in more than a decade, may be delayed or even canceled if the rise in cases continues.

This is not a passing or abstract issue for Palestinians. Active cases are back near the highest rates they have been since the beginning of the pandemic, and nearly 3,000 Palestinians have died.

As Palestinian hospitals are overrun, more must be done immediately to press Israel into meeting its obligations to address the Covid crisis among the entire occupied population and the human rights crisis underlying all these health disparities.

At some point, potentially in the near future, the current pandemic will end. The global attention on vaccines will dissipate. The disparities between Israelis and Palestinians, however, will persist. As with the vaccine shortages, these disparities are largely artificial and induced by political decisions. Global attention must remain on the core issues causing Palestinians to be less healthy than their Israeli counterparts. Asking Palestinians, nearly half of whom are children, to pay for political stagnation with shortened and less healthy lives has been tolerated for too long and should remain unacceptable when the pandemic is over.

The United States – which provides Israel with billions of dollars in military aid annually, consistently deflects any criticism of Israel on the world stage, and has turned a blind eye to Israeli actions that violate the United States’ own stated positions, such as on settlement construction – has a unique role to play in this effort. But so far, aside from one phone conversation in February where Secretary of State Blinken asked for more Israeli support in Palestinian vaccination, the Biden administration has not made any substantial requests for Israel to fulfill their legal obligations. If the US truly wants to celebrate Israel’s success, it should insist on a higher bar for success: namely, vaccine equity and access for Palestinians and Israelis alike.