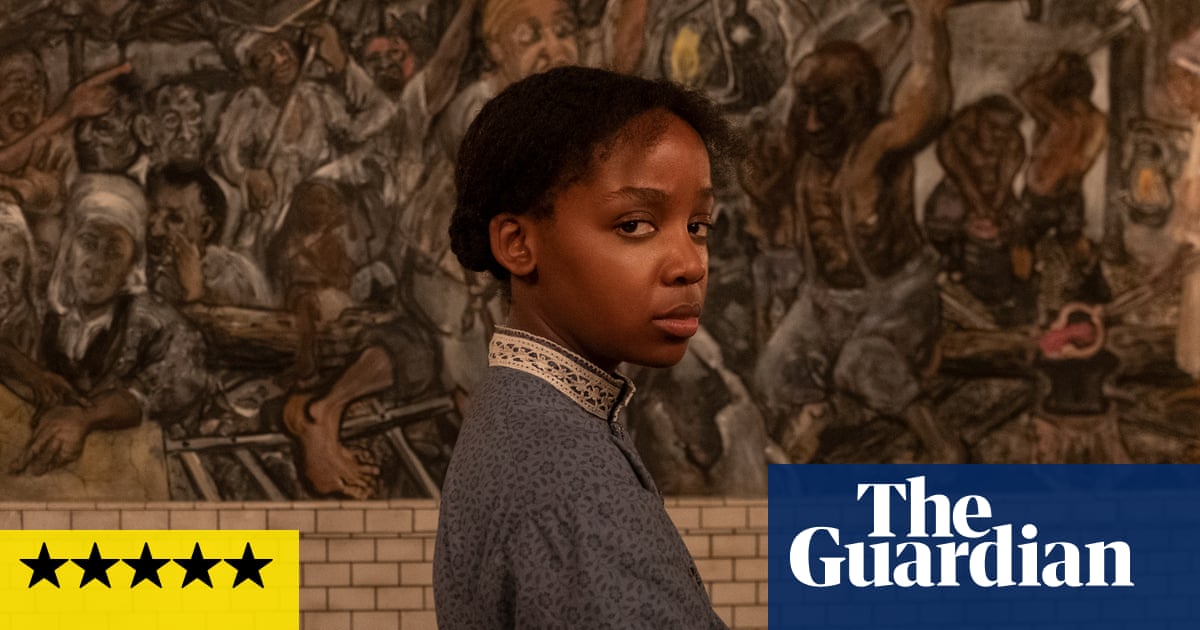 Director Barry Jenkins’ adaptation of Colson Whitehead’s prizewinning novel The Underground Railroad (Amazon) is as unbearably bleak, brutal and brilliant as the book. You could question a couple of the choices made while translating the magical-realist tale of black slavery from page to screen – why devote all of one of the 10 episodes to slave hunter Ridgeway’s backstory but lose the history of the protagonist’s grandmother that Whitehead provides in six short, astonishing pages – but, in the context of the achievement, that would be quibbling for quibbling’s sake.

The USP of Whitehead’s book is that it makes real the whisper network of safe houses and sympathetic white people who smuggled enslaved people from the south to the northern, free states and Canada. Cora (Thuso Mbedu) and Caesar (Aaron Pierre) take a literal underground railroad towards safety and freedom when they escape the Randall plantation in Georgia. The first episode concentrates mainly on their hellish existence there under the rule of Terrance Randall, played with a slight cartoon villainy by Benjamin Walker that sits oddly with the carefully grounded, harrowingly realistic depiction of humanity, its evil and its suffering everywhere else, but again this is to quibble. What have come to be the touchstones of cinematic slavery narratives are there – terrible floggings, sexual abuse and rape, violence in all things – but shorn of any gloss or buffer, anywhere to hide. And, in between the scenes of absolute horror, Jenkins is at pains to show that even “ordinary” life as a slave is to live, in essence, under terrorism. There is no true relief anywhere.

This, it may already be clear, is not a series to be binge-watched – so much so that Amazon’s decision to release it all at once looks almost hamfisted, as if they haven’t understood the emotional power, intellectual density or overall heft of what they have been given. The visual unpacking (courtesy of Jenkins and his longtime cinematographer James Laxton) of every multi-layered scene is a week’s work alone. Viewers and content would have benefited from such breathing room. On the other hand, if there is a viewer who can happily watch more than one, they are probably irrevocably inured to whatever they have seen within anyway.

Cora makes her way through several states, which exist in a slightly alt-reality America. South Carolina has skyscrapers and welcomes the Black refugees who make it as far as their stop. White people sponsor and educate them. So what if Cora must work in a “slavery museum” dressed as a native African, and her fellow exhibits are chided for not making their role play in the fake fields “authentic” enough? Darker currents, too, reveal themselves and so the journey, complete with further bodily and psychological horrors, must continue, through a no longer welcoming North Carolina, a Tennessee that has become a blasted wilderness, and more.

Ridgeway and his devoted child assistant, an 11-year-old black boy called Homer (Chase Dillon, holding his own in every scene), pursue Cora relentlessly throughout. It seems as if safety will never be found but, as Jenkins has said in interviews, it is also about the rehumanisation of Cora. On her flight, at least out from under the constant tyranny of her “owner”, she starts to put herself back together. Her spirit begins to strain and rise. Inner freedom beckons, at least.

Mbedu – already a star in her native South Africa – is extraordinary, and embedded in an extraordinary adaptation: hallucinatory, magical, allegorical and yet permanently in the pursuit of historical and eternal truths, the resurrection of lost perspectives and the uplifting of unheard voices. Watch it, but slowly, one complex, virtuosic, heartbreaking episode at a time.