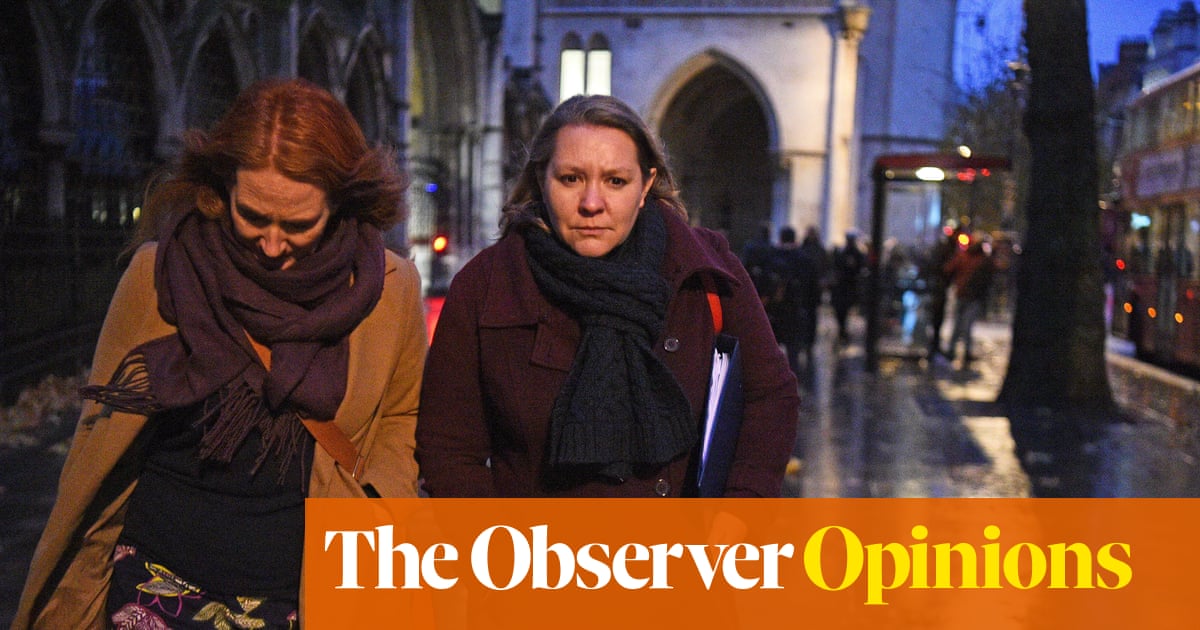 The new working class of young, female and ethnic minority workers in hotels, gyms, security guard huts, supermarkets, call centres, restaurants, shops and bars needs unions. Whatever pain is coming, precarious private sector workers will feel it the most. The labour movement must surely be concentrating its energies on helping radically insecure workers as the crisis approaches.

La settimana scorsa, solicitors representing Anna Turley threatened to send bailiffs to the head office of Unite in Holborn, central London, with instructions to carry off everything that wasn’t nailed down. Faced with the threat that Len McCluskey, Howard Beckett and the union’s other post-Leninist apparatchiks would have nothing to sit on but overturned crates, Unite handed over its members’ money. Turley received the final part of legal costs of £1.3m and damages of £75,000, compensation for a libel claim that has cost the union between £2m and £2.5m in total.

Turley is not a traditional enemy of organised labour. Until 2019, she was the Labour MP for Redcar. Because she was a “centrist” or “Blairite” or whatever the far left was calling politicians like her at the time, the union falsely claimed, through the Skwawkbox website, that Turley was a cheat who had tried to join a section of the union reserved for the unemployed on “a fraudulent basis”. If it had corrected the mistake and apologised, it would have likely cost union members a few hundred pounds, if that. As it was, Unite wasted several million hiring a ferocious QC, who said of Turley in open court and in the middle of the 2019 election campaign, "she is not fit to be an MP". She lost her seat. With Brexit and Jeremy Corbyn, it would have gone anyway. But the sight of the most influential union on the left attacking Labour MPs at the moment when Johnson was about to sweep to power says all there is to say about its priorities.

"OK,” I replied, “which information is false and wildly inaccurate? All, alcuni?” Answer came there none.

Once, a Marxist might have defended Unite’s obsession with far-left factionalism. Unions were “schools of war”, wrote Friedrich Engels in his Condition of the Working Class in England nel 1845, where members learned to fight “the supremacy of the bourgeoisie”. Andrew Murray, Unite’s chief of staff, is descended from the Earls of Perth and the royal house of Navarre. He was born into a family that sells a Picasso when it is short of money. He is possibly the poshest man in England after Prince Charles. But he is also a committed communist, who presumably sees Unite as a tool to overthrow the power of his fellow aristos, although how the union defaming a woman such as Anna Turley brings the revolution closer is beyond me.

By this measure– the only measure that matters in my view – the trade union movement is failing. The Resolution Foundation said last week that trade union membership stood at just 12.9% of private sector workers in 2020. In the hospitality industry, where long hours and low pay are standard, only 3% of workers are in a union.

There are flickers of hope. The GMB union fights to defend the workers in Amazon warehouses, and has forced Uber to recognise its right to help and support its drivers. There are other examples I could cite, most notably in retail, but they cannot disguise that trade unionists are today far more likely to work in the public rather than the private sector, to be old rather than young and, for all Engels’s talk about fighting bourgeois supremacy, to be middle rather than working class.