The UK professor, a fake Russian spy and the undercover Syria sting 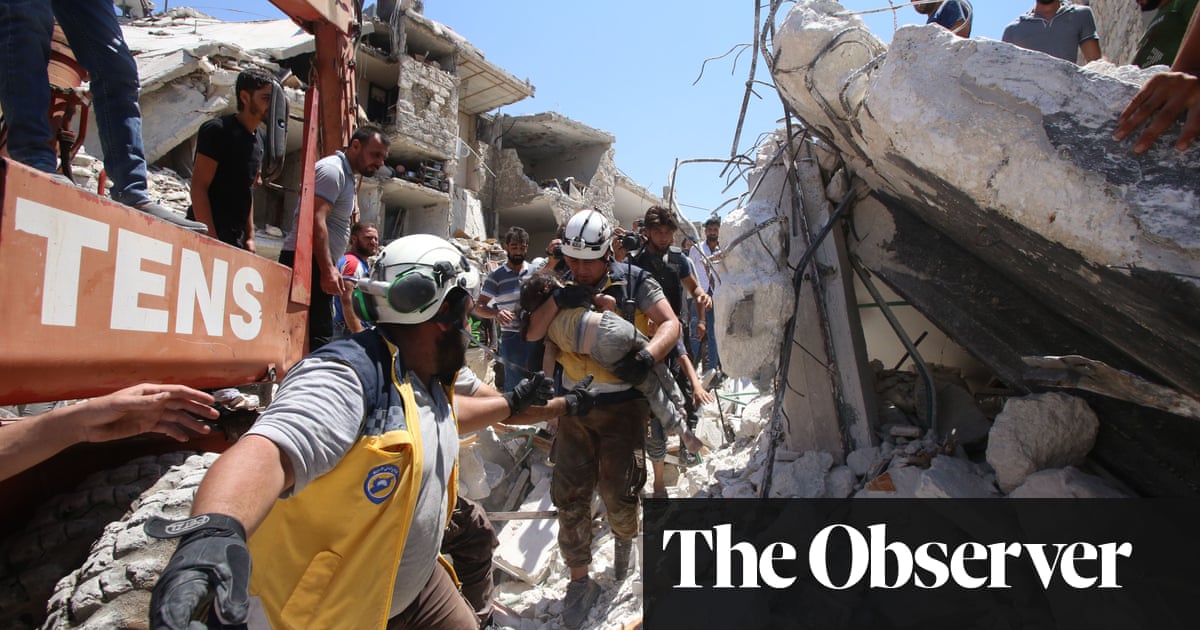 A more sceptical academic than Paul McKeigue might perhaps have wondered if the emails flooding into his inbox from “Ivan”, a purported Russian spy, were too good to be true.

Ivan appeared to share many of McKeigue’s own personal obsessions, particularly his desire to discredit investigators who compile evidence of war crimes committed in Syria. And he claimed access to both ready cash and secret intelligence.

The Edinburgh genetics professor – who devotes large quantities of his private time to pursuing fringe theories claiming that attacks on civilians are staged to smear the government of Bashar al-Assad – dived eagerly into his new correspondence.

Over three months he filled hundreds of pages with speculation, including accusing journalists, researchers and diplomats of working as conduits for western intelligence agencies. He revealed the identity of a confidential source, and shared information she gave him.

But McKeigue was not writing to a Russian spy, or even a man called Ivan. The email account was controlled by a group of staff at one of the organisations he hoped to discredit, who say they went undercover because of concerns over the tactics McKeigue and his allies were prepared to deploy in an effort to defend the Syrian government and its Russian allies.

“We never thought it would go this far. He accepted the communication immediately without doing any checks,” said Nerma Jelacic, a former Observer journalist who now works at the Commission for International Justice and Accountability (CIJA) and played a key role in the sting.

“In the end there were about 500 pages of email correspondence from 1 December until March,” she says, in her first full account of the action.

The CIJA collects documentary evidence from Syria so that war criminals can be held legally responsible for atrocities. Its work has already been used in a landmark trial in Germany, the first time Syrian officials have faced charges of state-sponsored torture.

It has also apparently riled McKeigue, who is preparing a report on the group with ideological allies, and was searching for information that could discredit the CIJA.

“We knew they were turning their attention to us,” said Jelacic. “In part we wanted to see what security risk they might pose to people working for us in terms of what they might reveal.”

They were stunned by both his willingness to engage with a purported Russian agent, and the information he shared.

Among the most damaging claims McKeigue made was that a Russian diplomat at the Geneva embassy, first secretary Sergey Krutskikh, was corresponding with fellow members of the “Working Group on Syria, Propaganda and Media” on encrypted systems.

This is an alliance of far-left academics and researchers who claim western journalists, NGOs and others act on behalf of the CIA and MI6 to undermine the Syrian government, including faking evidence of civilian deaths and chemical attacks.

It includes the controversial Bristol University professor David Miller, who has been accused of antisemitism by his own students, a claim he denies, and the blogger Vanessa Beeley, who has frequently visited Syria on government-sponsored trips.

Group members have questioned the veracity of chemical weapons attacks in Syria and claimed Russia was framed for the poisoning of Sergei Skripal in Salisbury in 2018.

They were also part of a years-long public campaign against the White Helmets, a civilian rescue organisation that enraged pro-Syrian and Russian factions by recording atrocities as they tried to save lives, then sharing the footage.

The organisation’s founder, James Le Mesurier, fell to his death in an apparent suicide in 2019 amid the intense public pressure, which included smears not just on the group’s work, but its finances and his personal life. The CIJA feared it might face a similar onslaught.

“Why did we do it? We’d watched what had happened to James Le Mesurier,” Jelacic said. “We knew they would not just go after the organisation but the leader, Bill Wiley, and they would say: ‘He’s a spy. He’s corrupt.’”

Over the course of the correspondence McKeigue fished for personal information about both Wiley and CIJA finances, after questions were raised about its accounting by the European Anti-fraud Office, Olaf. None of this has any bearing on the credibility of the archive it has collected, and the CIJA defends its financial management.

“From what you now know about Wiley,” he asked Ivan in one email, “do you think it’s possible he has some kind of drugs problem (like cocaine)? This is just wild speculation on my part, but it might explain some of his irrational and unpredictable behaviour.”

For Jelacic, who fled the former Yugoslavia as a teenager with her family during the war, the attempts by McKeigue and the Working Group to cast doubt on what is happening in Syria bring back memories of campaigns by the far left to deny genocide in Bosnia.

“What’s different is that it’s a level of disinformation not seen before. What’s worrying is that it’s tolerated,” she said.

“Even in mainstream academic circles this disinformation and denial is being misrepresented as freedom of expression and speech… We have a moral duty to stand up to revision and denial.”

McKeigue told the Observer that the sting had been a “clever deception operation”, and he might have used more “guarded language” had he known the exchanges would be made public. Asked about claims of contact with a Russian diplomat, he declined to comment directly, except to hint he might have exaggerated in some exchanges.

“The people on the other end of this sting managed to get me to reveal information provided by others that was not intended to be shared, along with other information that may have been embellished,” he said. “This was a failure on my part for which I accept responsibility and have apologised to those concerned.”

The professor has also denied doing anything wrong or illegal, saying that he kept an open mind about who he was communicating with.

In its own statement Edinburgh University told the Observer: “The actions referred to in media reports were undertaken in Paul McKeigue’s capacity as a private citizen, not as an employee of the university. We respect the rights of staff to have interests unrelated to their roles within the institution. However, if we receive complaints about anyone’s conduct which we consider damages our reputation, then we will consider whether an investigation is required and take appropriate action.” 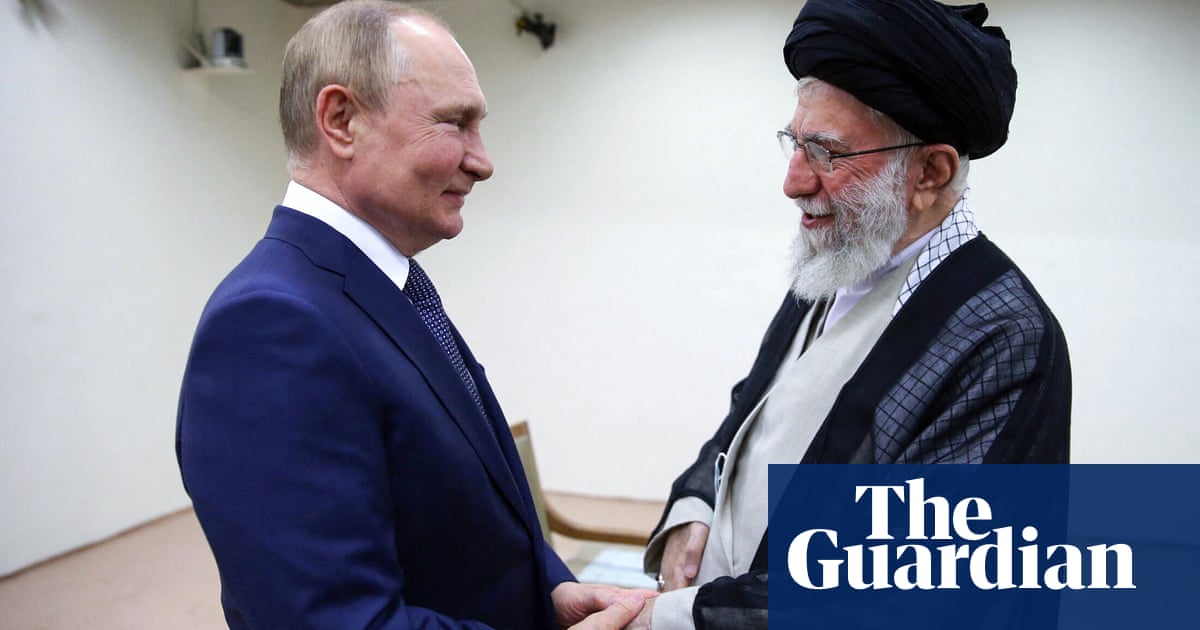 Question of what now for Syria remains as vexed as ever

Before Ukraine there was Syria, a war so vicious and consuming that it was once considered to be the most consequential conflict of the last 50 years. With more than half a million killed when the counting stopped sev... 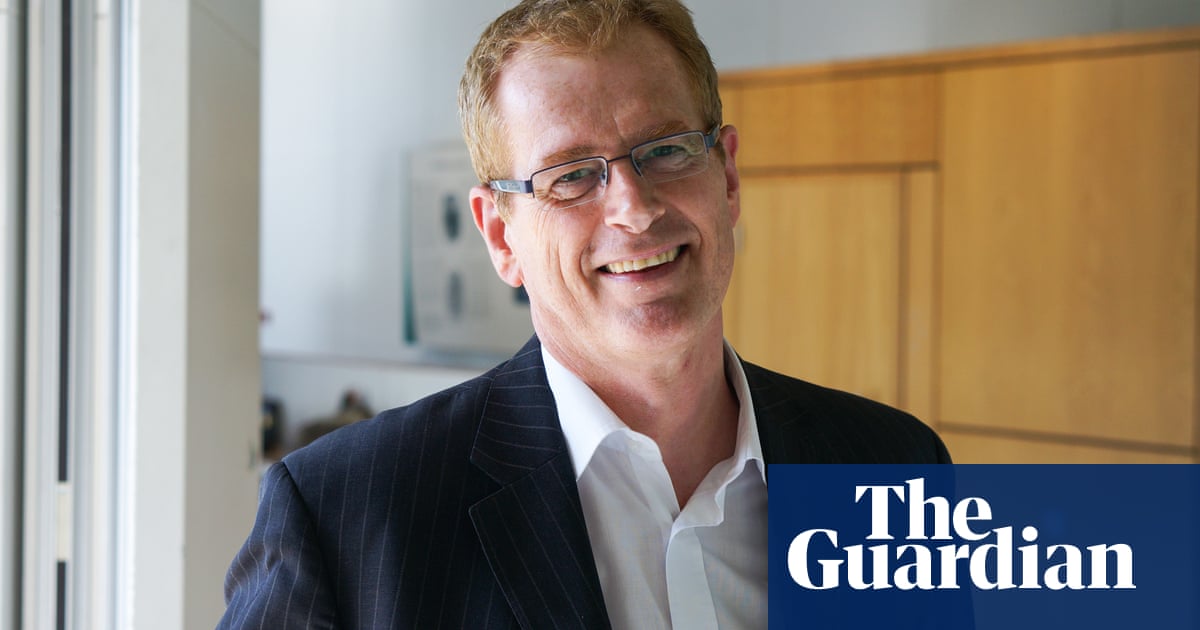 A professor nicknamed the “Mystic Meg of political science” after accurately predicting the result of the confidence vote in Boris Johnson has forecast the prime minister will be out within six months. Prof Jon Tonge ... 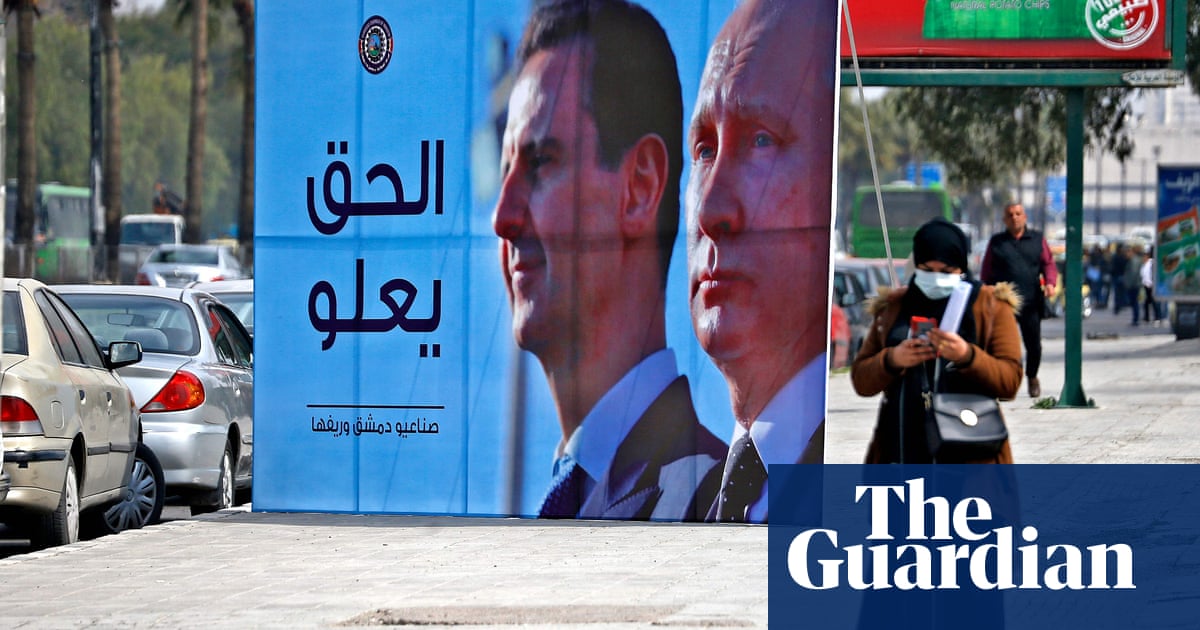 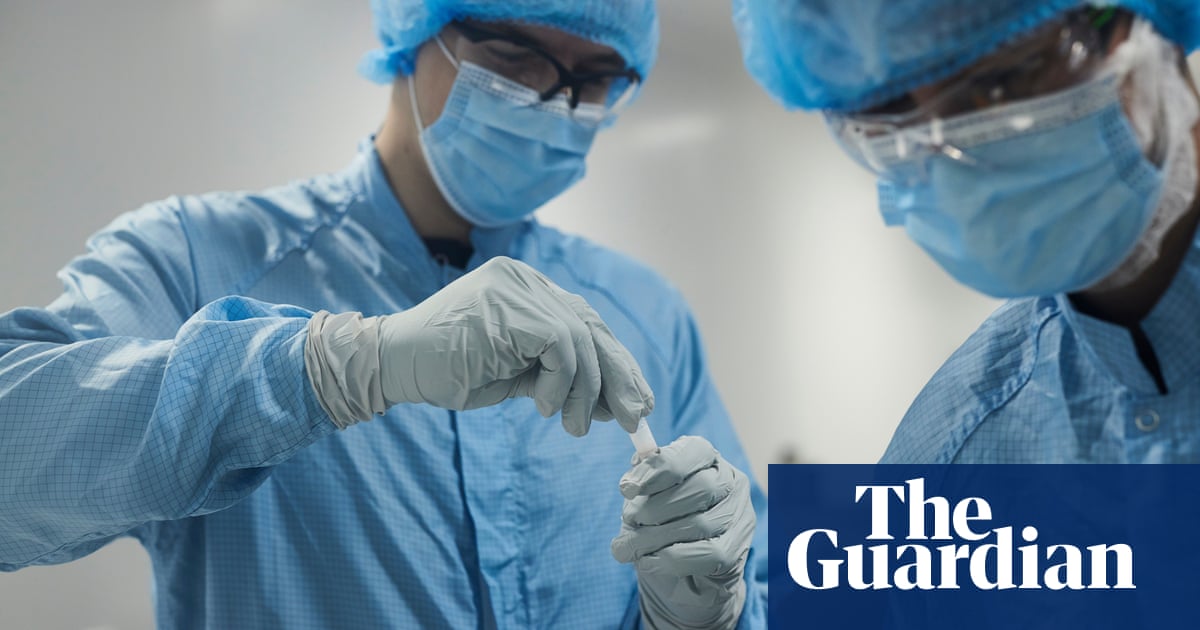 Professor Sarah Gilbert on the legacy of lockdown: We must ensure we are better prepared for future outbreaks

As we move into the late stages of the pandemic, it is important to reflect on the scientific discoveries of the past two years, so that we are better prepared for future virus outbreaks. I believe there are two areas... 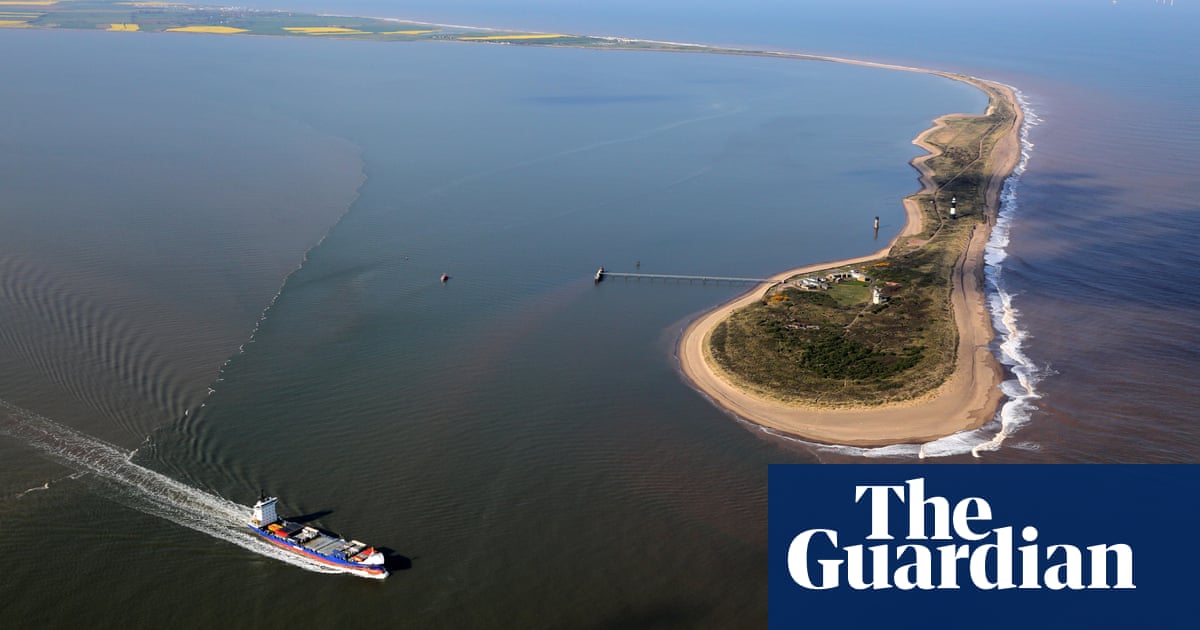 Hopes are high that a fabled medieval town known as “Yorkshire’s Atlantis” is about to be located and will begin giving up secrets held for more than 650 years. Ravenser Odd was a prosperous port town built on sandban...