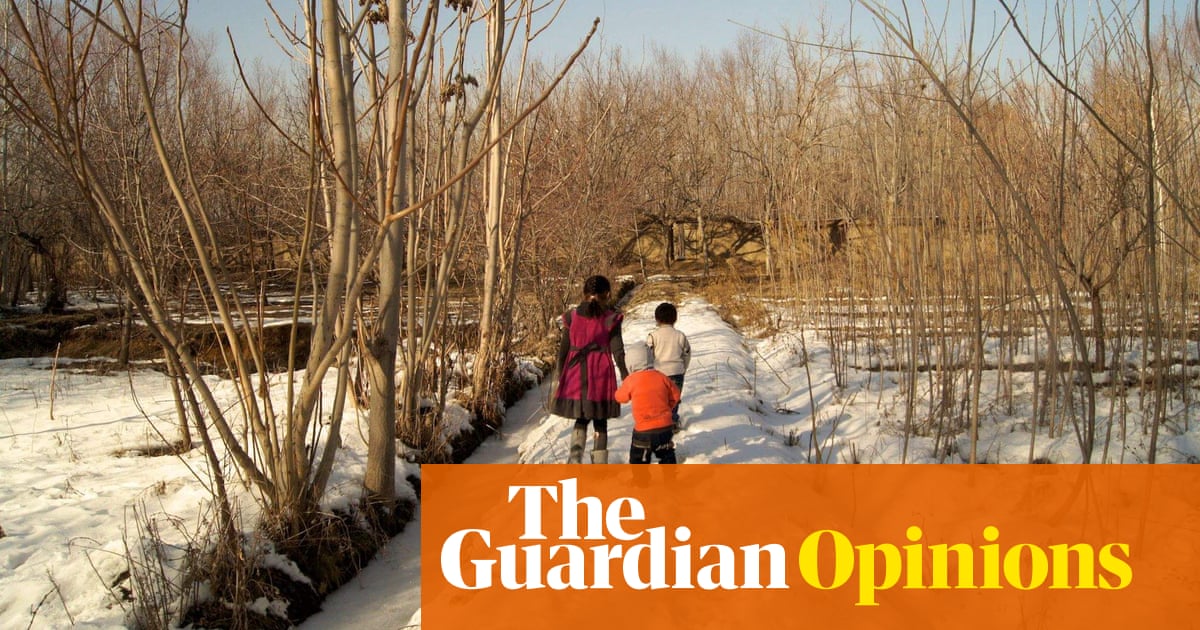 Some years before this pandemic, I took my then nine-month-old to her first protest march: a Palm Sunday rally for refugees. We started walking from the steps of Melbourne’s State Library. Our baby, an Australian mixie-pixie born in sunny peacetime, was rugged up in a baby carrier, strapped to my husband’s chest. She gurgled and kicked along to the bells and drums and singing around her.

And then the chant rang out: “Troops out of Iraq. Troops out of Afghanistan.” I was surprised, but it felt right. The people around me were fierce and hopeful and kind, and their voices melodious. There was a banner hovering above us: Jews, Muslims, Christians for Peace. The day felt like hope and song and connection. All good things.

This year in June, in the midst of a pandemic, Australian armed forces left Afghanistan after two decades. I think back to that hopeful, happy time at the Melbourne rally and I think about what silly fools we were. Not like this, I think. Troops have left their bases, and the country, and we hear news of blasts, scarcity, terror. Lunacy now reigns in the form of Taliban forces, bashing their way again into power.

I am an Australian. My father and mother are too, though they once held passports that proclaimed them Afghan and Sri Lankan nationals. I am Australian, I think, and yet it aches something fierce when war breaks out again in a land so far from here. No one else seems surprised, perhaps because Afghanistan has been at war for more than 40 years. They say a part of you lives in every place that you have lived and a part of that place lives within you. But what if you never lived in that war-torn place: how does it live within you?

We know now from research that trauma is heritable, that our elders imprint their stories into our stories: their joys and their triumphs but also their worries, their exhaustion, their violence, their insomnia, their mood swings, their paranoia. Scientists are exploring the epigenetic effects of history on our bodies. Babies whose mothers lived through war or famine have lower birthweight, and so do their babies – and they are more likely to struggle with a host of chronic diseases. Genes are turned on and off by our experiences and by the experiences of our ancestors. Stories we have never heard are passed down to us in the way our genes are expressed. Metaphysically, physically.

I had both anticipated and dreaded a visit to Kabul my entire childhood. I understood it was too dangerous: Afghanistan wasn’t a place you could just visit. As a small child, unable to sleep on a school night, I snuck out of bed and stealthily crept into the living room where my parents were watching television. The little Toshiba-branded box was lit up with images of children among the brown rubble of an Afghan village, a 60 Minutes documentary about landmines. “Go back to bed, baby,” my mother murmured. I ignored her and climbed into the comfort of her lap. In Afghanistan, I learned that night, the Russians used brightly coloured bombs disguised as plastic toys to target little children like me.

Many years after the Soviets left, after the mujahideen made peace, after the Taliban were quelled, I went to Kabul. It was a period of relative safety, with American military bases dotted around the city. When I first visited, I was stunned and uncomfortable by the vibrancy around me. Colour and glitter among the dust. Life and love and music and dance and chaos and family and stories and hopes and dreams and cousins and aunts and uncles and neighbours and children, living, living, living. Building, praying, working despite scars on their faces, despite bitterness and hurt, despite the rubble of buildings pockmarked by bullets and bombs. I was quietened by the sadness and desperation and patriarchy, mixed with love and warmth and home.

But still, despite the joy and hope, I hated it because I was not allowed to leave the house on my own. One day, on the mountain behind her home on the outskirts of Kabul, I walked with a younger cousin. She was then a law student at Kabul University. “We didn’t go to school when the Taliban was here,” she scowled furiously, and then her scowl turned into a grin. “It was pretty fun though. We ruled this mountain.” She bent and picked up a rock and threw it downhill, then tossed me the golden, shiny shell of a bullet she had spied.

“We weren’t allowed to go outside though a lot of the time. Some people still feel safer in Purdah.” She pointed to a person in the ghostly blue garment walking not far from us. As we passed the kabristan at the base of the rocky mountain, there was a family wailing over a small, fresh grave. My cousin pulled her loosely draped chador over her head and murmured a prayer. “I want to get out of here,” she muttered. And a few weeks later I gave empty promises of correspondence and return, but I was so grateful to leave.

Now American and Australian troops have left Afghanistan, and violence is descending again. Just another blip in its violent history, I suppose, though the pandemic has sealed its borders tighter than ever before. “Where can we go?” asks an Afghan colleague via Zoom. It is not a rhetorical question. A cousin talks about the best ways to get his family out, but I worry about their chances.

Is war necessary for peace? I don’t know the answer. All I know is that it seems too easy to fight, and it is too easy to bomb buildings and break them to bits. It is easy to blast off the limbs of children, in one violent instant, with a small Mickey Mouse-shaped grenade. It is easy to stop children going to school, break down food supplies, destroy roads and bridges, homes and families. To wreck all the nice things in life: kindergartens, sewing schools, small businesses, disability support groups, spirituality movements, women’s hubs, art clubs, music theatres, radio stations. Places of peace take lifetimes to rebuild. In the meantime, displaced people flood into overcrowded, under-resourced, “temporary” tent cities.

Fewer than 1% of people in refugee camps are ever resettled. I was a refugee baby, technically, though my parents never lived in IDP camps, nor escaped past border guards, nor wanted for food. I was lucky, because they came the “right way”, with papers, some funds, sponsorship and documentation. I’m embarrassed to say that I was a stateless baby, because it caused me no trauma. And perhaps I am embarrassed because I know that in Australia, refugees are considered a blight.

Australia is a country of immigrants. Half of all my fellow Victorians were either born overseas or have a parent who was. Many around me yearn for and recreate the flavours of another home, and yet I am content with the food that my parents taught me to cook. I don’t mind the taste of the basmati rice from Coles, which is different from the rice grown in the paddy fields of Sri Lanka, which smells different to the rice my grandmother cooked for my father. I am not as connected as they are: the chambers on one side of their heart beat for their homeland and their people. My parents lived between two worlds, always sending money to their families, always worrying about their health, safety, security. There is guilt and responsibility in survival and escape.

Still, I live in the shadow of emigration, of war, of displacement. Somehow I have inherited its sorrow. Embedded in my consciousness is the knowledge that the world is on fire with injustice. Luck, not merit, is our defining force. That all this precious freedom we have been gifted is precarious, and we must not waste it. Or maybe it is inevitable that we waste it – waste it beautifully and frivolously and consciously – but we must not throw it away.

But how do we protect it? When I started writing this, Taliban forces were storming villages, cities, border crossings. Only days later, they have wrested total control. Childhoods, freedom and futures are being thrown away. 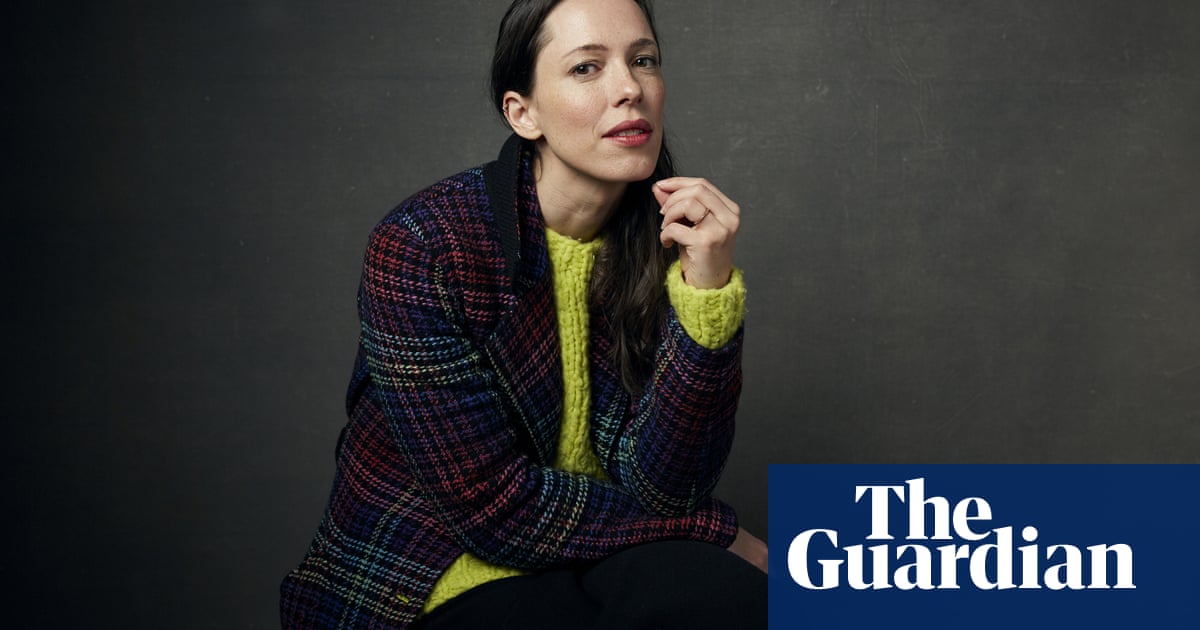