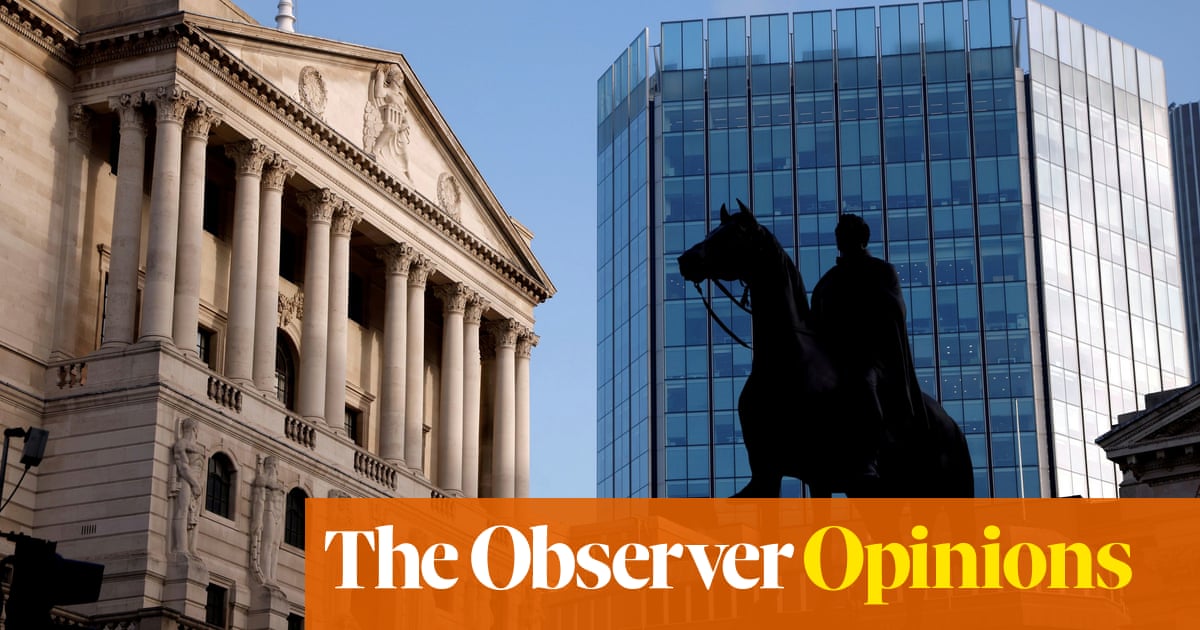 There was a warning after last week’s budget that Rishi Sunak’s recovery plans could be blown off course by a rise in inflation of such strength that it would force central banks to raise interest rates. A modest increase of just 1% in the interest paid on government debt would add between £20bn and £25bn to the cost of financing the UK’s debt and sink any hopes Sunak had of balancing day-to-day income and spending by 2026.

Sunak said as much in his budget speech, using the prospect of higher interest bills as a reason to ramp up taxes on households and businesses in the second half of the parliament.

The government’s economic forecaster, the Office for Budget Responsibility, repeated the warning, giving it an almost ecclesiastical imprimatur. The Institute for Fiscal Studies devoted much of its budget analysis to the subject.

When such prominent bodies spice their verdict on the budget with almost hysterical warnings of lava-like costs waiting to roll down from the financial volcano, it is reasonable to ask three questions. Is inflation likely to rise? Would central banks react by raising interest rates? And why, after all the lessons learned during the 2008 financial crash, has the UK left itself so vulnerable to an increase in rates?

The answer to the last question is the Bank of England’s purchase of government debt through its quantitative easing programme. With more than a third of government debt on its books, the central bank has become a major mortgage lender to the UK government, and that debt is no longer on fixed-rate terms for 10 or 20 years, but refinanced overnight on the international money markets.

At the moment that means a better deal for the government, reducing a 2% charge in the debt markets down to the Bank’s more favourable 0.1% base rate. The flip side of this benefit comes when the Bank, faced with spiralling inflation, increases the base rate and sends the UK’s debt servicing costs higher.

At the moment, there are mixed messages from the global economy about the prospects for inflation. The vaccine programme is going well in the US and there is strong pressure on individual states to relax restrictions to the extent that even demands for people to wear masks in shops and indoor amenities will be dropped.

Many experts in the febrile world of stock market investing have bet that a surge in demand from US consumers will trigger rising prices. Last week’s economic forecast in Beijing from premier Li Keqiang, when he said that China’s growth this year would be 6%, swelled the number of inflation hawks.

Shipping traffic is increasing as trade picks up, and commodity prices have raced ahead. Copper is at a nine-year high while oil prices have rebounded to their pre-pandemic levels. In the first lockdown, a barrel of Brent crude slipped from more than $60 to below $20. By last week it had jumped back to $68.

All the signs are that inflation will rise. Yet there will probably be no more than a temporary mismatch between supply and demand. It happened in 2011, when UK inflation spiked above 5% before rapidly falling back to below 2%.

And for this reason central banks will look for more fundamental, long-term pressures on inflation. Mostly that means waiting for high levels of employment coupled with wage rises persistently above 4%. Is that possible when Brexit is still putting a drag on exports and pandemic costs are likely to persist for several years?

In his latest speech, Jerome Powell, chair of the US Federal Reserve, said it would take a prolonged recovery before interest rates went up. The European Central Bank is of the same mind. There is no reason why the Bank of England should take a different view.

The streaming boom has delivered another hit as Jay-Z and his coterie of superstar partners sealed a $297m (£214m) deal to sell a majority stake in their music service, Tidal. The sale is undoubtedly a coup for the rapper and his fellow artist-owners, including Beyoncé, Madonna and Rihanna, who acquired Tidal for $56m in 2015. However, it is less clear whether its new owner – Square, the mobile payments company run by Jack Dorsey, Twitter’s co-founder – has struck a chart-topping deal.

Tidal, which originally distinguished itself from other services by offering premium-priced hi-fi video and audio quality, suffered pre-tax losses that broadened significantly from $37.6m to $56.3m between 2018 and 2019, according to the most recent financial filing.

The company has had a rocky ride in its short life, including a dispute with artist-owner Kanye West, who broke ranks and terminated his exclusivity deal with Tidal in 2017, and it remains embroiled in an investigation by Norwegian authorities over allegations that it inflated the number of streams for albums including Beyoncé’s Lemonade and West’s The Life of Pablo. Tidal has repeatedly denied any wrongdoing.

The company is going in the right direction, with revenues growing 13% to $166.9m in 2019, and it said it had enjoyed “steady demand” during the pandemic. However, it remains a minnow, with the last publicly reported numbers putting subscribers at 3 million in 2018, while the music research firm Midia estimates it had about a million as of the start of the pandemic. Spotify has 155 million paying subscribers, with 345 million overall globally, and along with Amazon Music has targeted Tidal’s unique selling point by launching hi-fi subscription tiers. Throw in Apple Music and there is a formidable global top three to fight.

Four years ago, Tidal found a cash lifeline in the mobile company Sprint (now T-Mobile), which took a 33% stake for $200m, which Jay-Z recently bought back and sold as part of the Square deal. Now it’s Jack Dorsey’s turn to see if he can keep the music playing.

Less than a month after the Treasury published a landmark study of the need for economic policy to keep the green agenda at its core, the chancellor delivered a budget which failed to do exactly that.

The 600-page review, conducted by Prof Sir Partha Dasgupta, a Cambridge University economist, was commissioned by the Treasury to assess the economic importance of nature. It was published last month amid a growing chorus of voices calling on governments to galvanise green policies to reignite the world’s struggling economies following Covid. But any sign that the chancellor hoped to spur a green economic recovery in the UK was missing in last week’s budget.

Sunak’s course back to economic growth takes in protecting jobs, levelling up the regions, and attracting fresh investment into Britain. The green issue is not in the chancellor’s three-plank plan, but he apparently fails to recognise that putting climate policies at the heart of the UK’s economic recovery would achieve all three, while laying the foundations of a more sustainable economy.

Instead, policies designed to bolster the country’s green economy were siloed within a two-minute portion of Sunak’s half-hour budget speech. It included green gilts for investors, green saving bonds for the public, and a greener remit for the Bank of England.

But there were notable omissions: no mention of a scheme to tackle the UK’s draughty housing stock after the collapse of the Green Homes Grant; no plan to roll out fast electric vehicle charging across the country; and no fresh ideas to directly tackle emissions from aviation and shipping.

These policies would all help the UK reach its goal of net zero carbon emissions by 2050, but crucially they would spur investment and create green-collar jobs across the regions, starting today. The Treasury plans to respond to Dasgupta’s review in due course, but on the basis of its post-Covid budget, it is clear the message has yet to hit home. 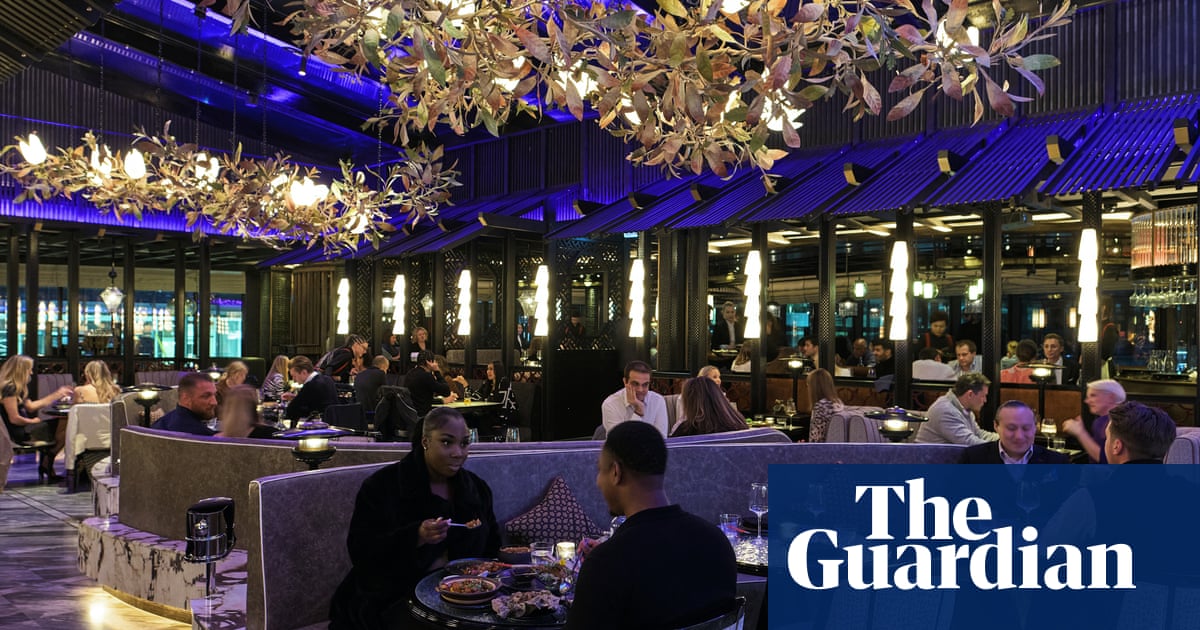 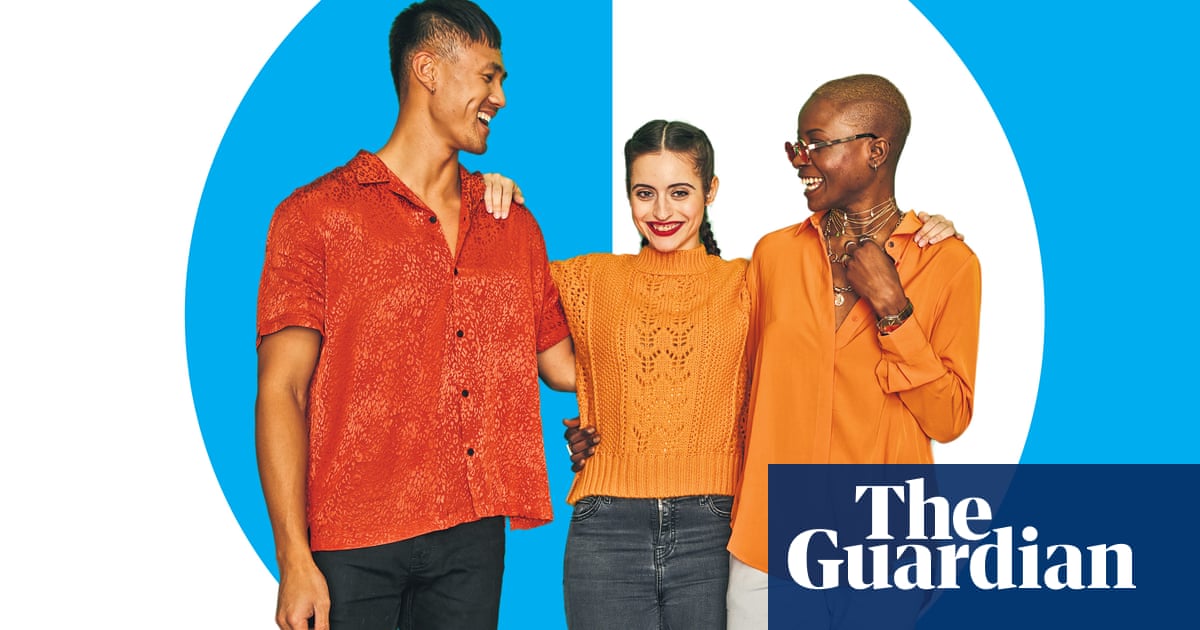 Sarah, 45, describes herself as a “total Cupid” – “always single, and always connecting my single friends”. When we speak, she has just set up an old friend with a new one she met through yoga. “They hit it off straig... 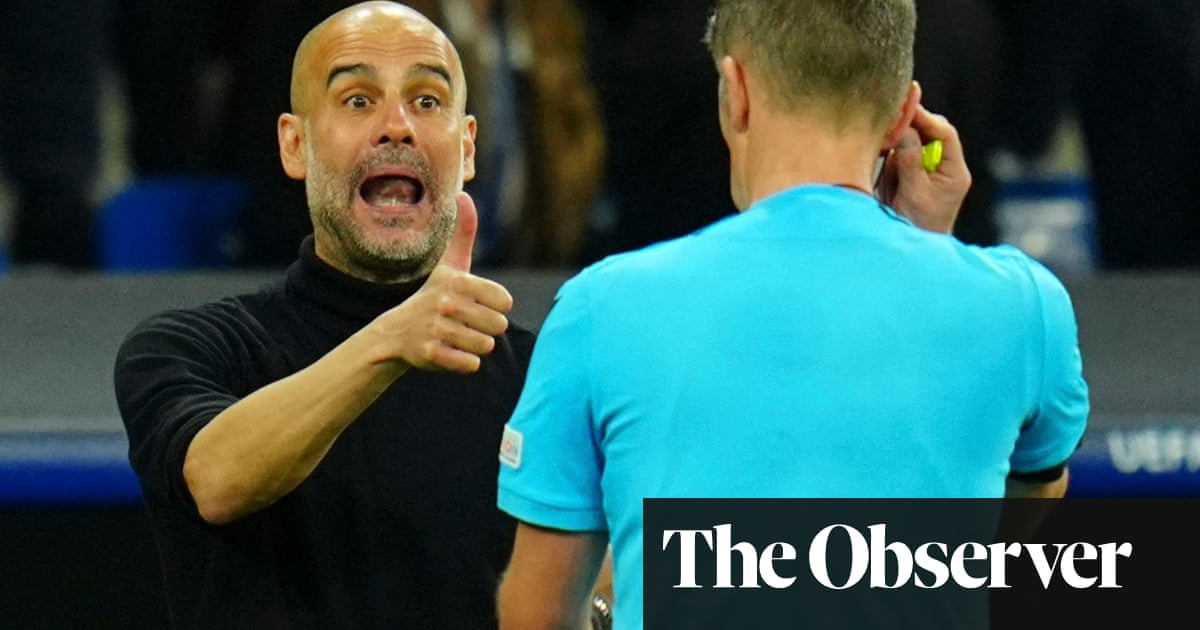 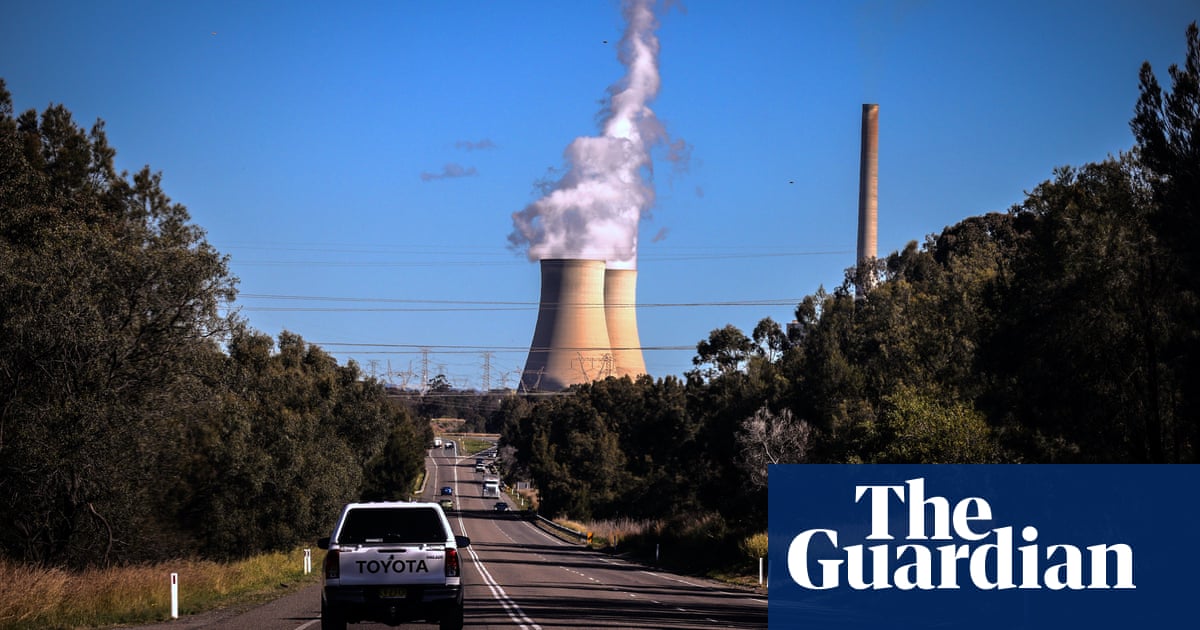 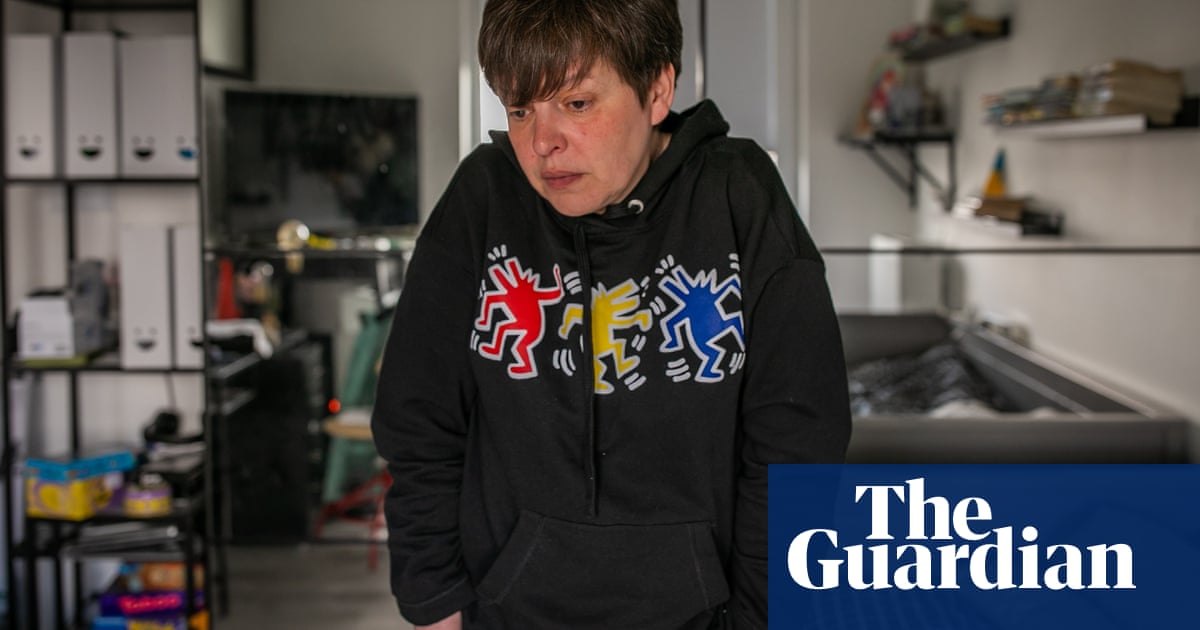 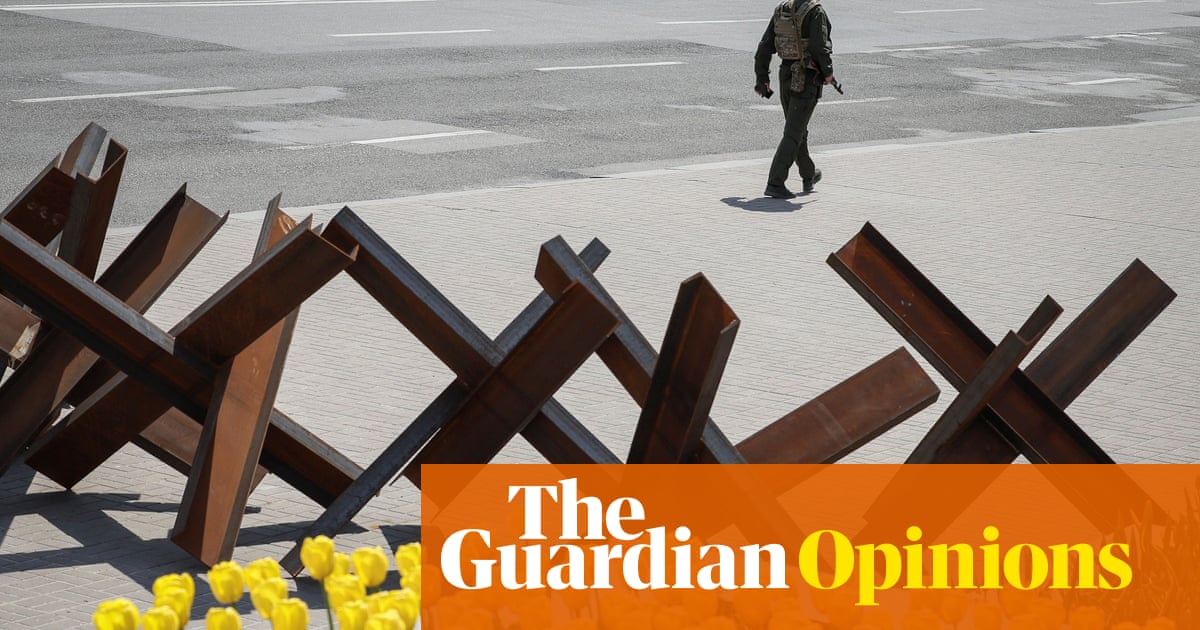 For more than two months, Vladimir Putin has been violently trying to erase the modern Ukrainian state from the map of Europe. This means Ukraine needs to win. In fact, victory is imperative if the continent wants to ... 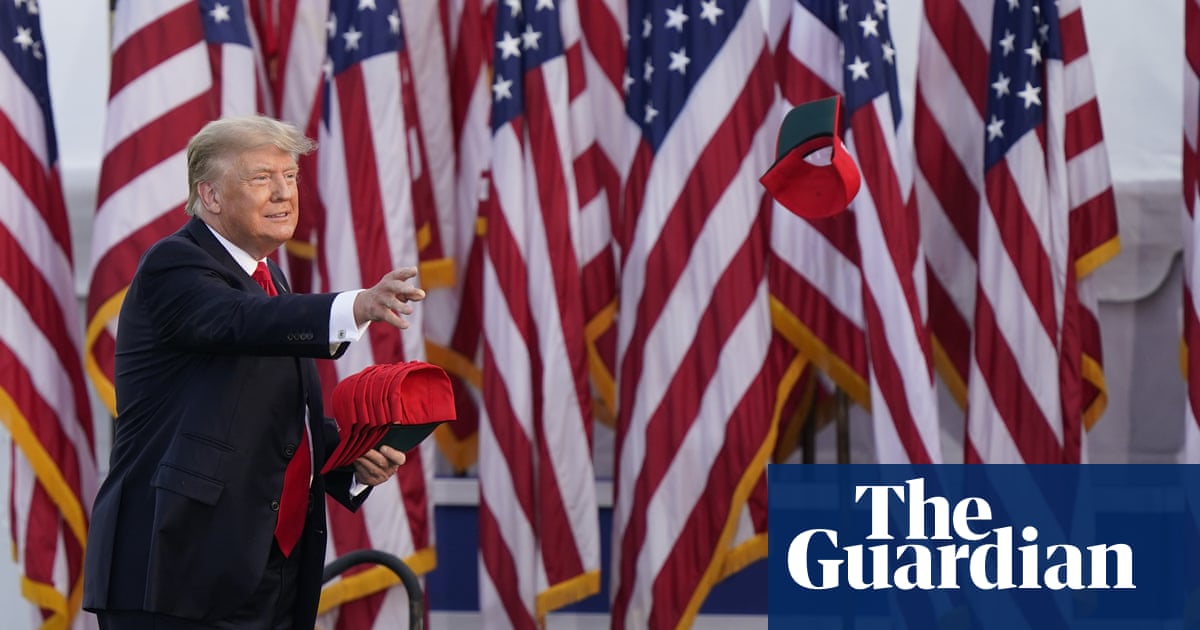