Laila, a transgender woman in アフガニスタン, rubs her eyes to wipe tears away. “I am terrified. It’s like a nightmare. I don’t feel safe even in my room. I’m scared of the Taliban. When I see them I feel they will know who I am and they will come to beat me, kick me or send me to prison.”

After the chaotic US withdrawal from Afghanistan in August, Laila is far from an isolated case. Rehmat, a gay man, 前記: “Our lives are in danger. We are afraid of having mobile phones. I get afraid when I receive calls from unknown numbers, worried that it might be the Taliban.”

There are rumours that the Taliban are tricking gay men into meeting them by contacting them on social media with a promise of escape from Afghanistan. This has caused panic across the country’s gay community, many of whose members are in hiding. The fear that the extremists are tracing them to persecute or kill them is real, and people live in a state of anxiety that they will be rounded up, imprisoned and tortured.

The Taliban’s new cabinet is comprised only of men, some of whom are accused of crimes against humanity, and includes a minister of guidance – the religious police body formerly known as the ministry for the promotion of virtue and punishment of vice. This is what lies ahead for Afghanistan, especially endangering vulnerable groups.

The Taliban are carrying out door-to-door searches to identify anyone they feel poses a threat to their “Islamic emirate”. Many LGBTQ+ people are now constantly shifting their locations and changing identities to protect themselves and their families, scared that their neighbours and extended family will report them.

Some transgender women are growing beards, while some lesbians have said they are feeling under pressure to be “more feminine”. They were previously able to maintain their identity under the guise of bacha posh, a practice in Afghanistan where a family without sons will choose a girl to live and behave as a boy, allowing them to move around more freely.

“I don’t think I can pretend to be a bacha posh もう. Taliban don’t like this. If they found out that I am a girl and lesbian it will make them angry. I am also a Hazara [minority Shia Muslims, who are often targeted by extremists], so it’s even more difficult for me. They can rape and kill me,” says Sunita, a lesbian.

“A group of Talibs with guns came to my house after I left home. They spoke to my family and told them to [reveal] my whereabouts, otherwise they will punish everyone. They found out about me through a neighbour who never liked me.

“We are ordinary people, very, very normal," 彼女は言いました. “We don’t know how to have a gun; we have never had gun in our lives.”

Nemat Sadat, an Afghan LGBTQ+ activist now living in the US, 前記: “The Taliban are going to have no mercy on LGBT people when they fully implement sharia law, and this scares the daylights out of the community.”

Life was already difficult for LGBTQ+ Afghans before the Taliban took power, amid widespread stigma and discrimination at social, institutional and policy levels. しかしながら, since the Taliban takeover, most gay Afghans have gone into hiding.

Rehmat, a gay man, 前記: “We don’t hang out together any more the way we used to. We are scared that we will get caught if we meet, have a party or sing songs.”

Laila, a transgender woman, says her family have lost everything. “My mother was working for the women’s affairs ministry, but Taliban closed the office,” says Leila. “I am the only earning member of the family; I was a schoolteacher. 今, I do what I can to provide food and pay my rent.

"時々, I can’t find work and stay hungry. I’m banned from working because my employer also fears for his life.”

Sunita says: “I accompanied my father to help with construction work but now I won’t be able to do that. My father was told to stop because people are scared that if someone complained to the Taliban that I’m a girl dressing up as a boy, everyone will be in trouble.”

Sadat says: “With the Taliban takeover, you have hundreds of thousands of LGBTQ+ people who have lost their livelihoods and are staying at home. They worry that either they will run out of food and money and die from starvation, or eventually the Taliban will come knocking on their door and drag them away and torture them to death for all to see.

“My country is like a real hell right now, with many monsters,” said Leila. “I wish I can get out but every door is shut, every border is closed. It’s becoming impossible to leave. I think I’m just going round in an endless circle.”

Mukhtar, a gay man, thinks he will be “forced to emigrate in illegal ways to escape death and hunger” in the coming weeks. 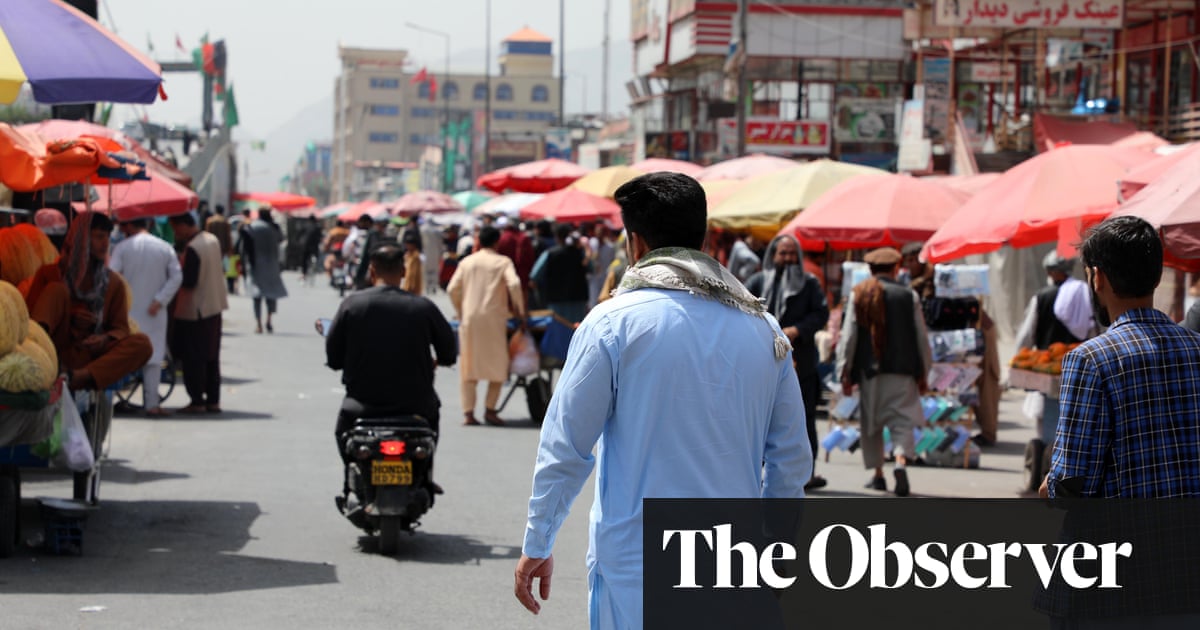 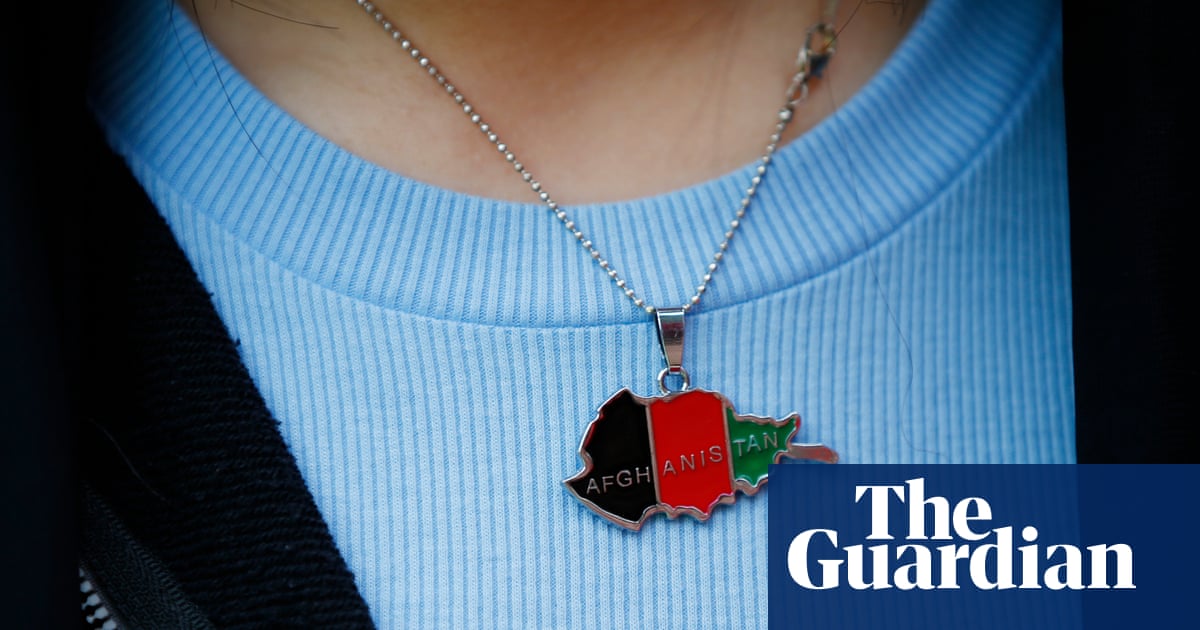 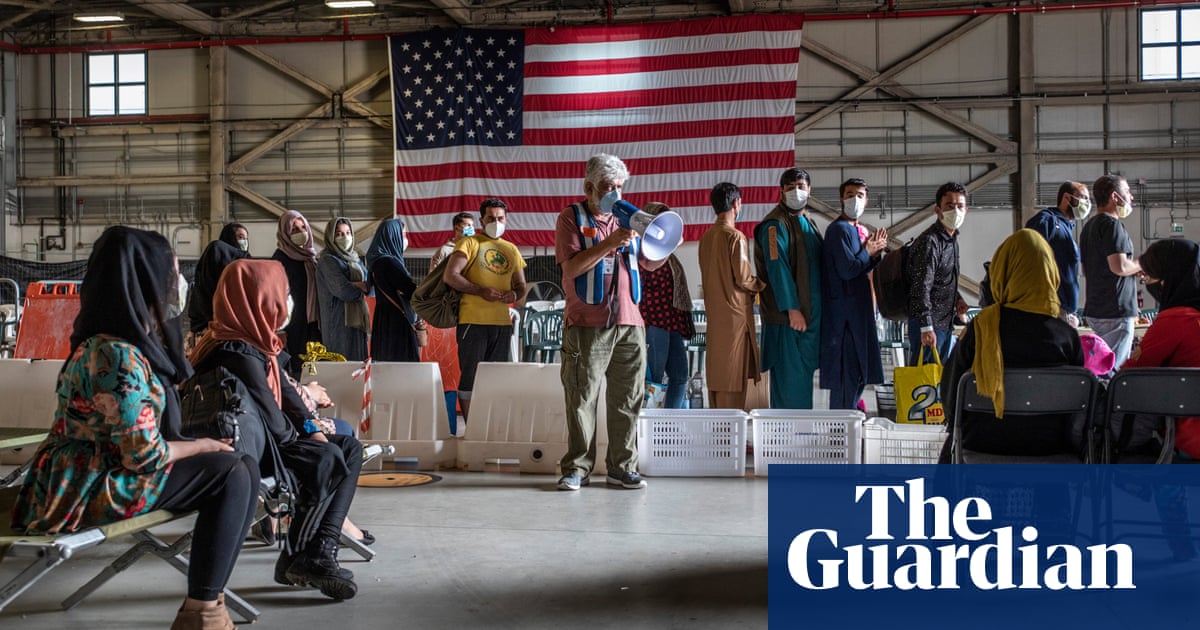 ‘I pray they are alive’: Afghans headed to US think of families left behind

As another 250 Afghan refugees evacuated from Kabul left the Sigonella airbase in Sicily bound for Philadelphia, Haifa, 30, watches the plane lift off the runway and disappear into the clouds. With dozens of other com...