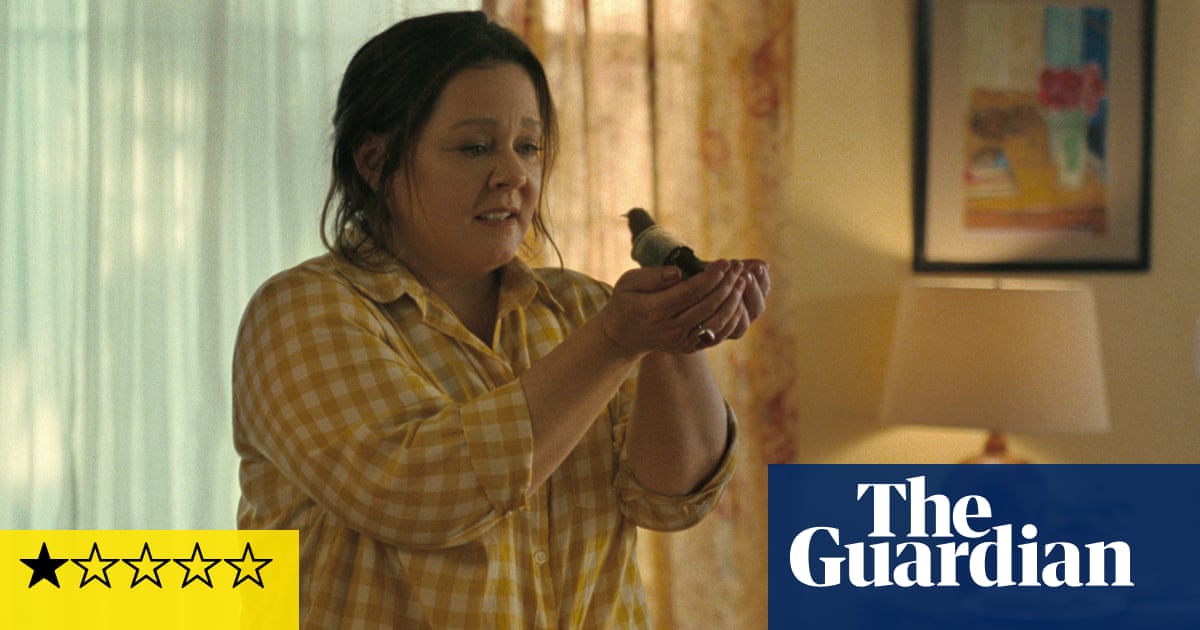 This bizarre sentimental dramedy is fatuous and phoney in every particular: a quite extraordinary festival of gibberish. Every implausible scene, every unconvincing character, every contrived dollop of symbolism, every toe-curlingly misjudged and unearned emotional climax seems as if it has been concocted in some secret bio-warfare lab for assaulting your mind with pure, toxic nonsense.

But after being more or less ordered to get some therapy herself, from a certain Dr Larry Fine recommended by her husband’s facility, Lily discovers that this adorable man, heart-sinkingly played by Kevin Kline and just as cutesy and quirky as everyone and everything else, has in fact quit the psychotherapy business and retrained as a vet! Eh? What? Excuse me?

Bien, these two professions combine in one, as Larry takes an interest in Lily’s starling (though without ever commenting on its clunkingly obvious metaphorical quality) and in Lily personally as they become friends.

The Starling really is so staggeringly peculiar and bad that it almost has some value as a kind of Dadaist event, a synthesis of non-meaning, a randomly generated heart-warmer movie that has come chuntering out of the printer as a result of an experimental computer program. Director Theodore Melfi once upon a time gave us the very decent film, Hidden Figures, about the unsung women of colour that were involved in America’s space programme. That was an emotional movie whose emotions made sense. Esto, on the other hand, is a baffling waste of everyone’s time.