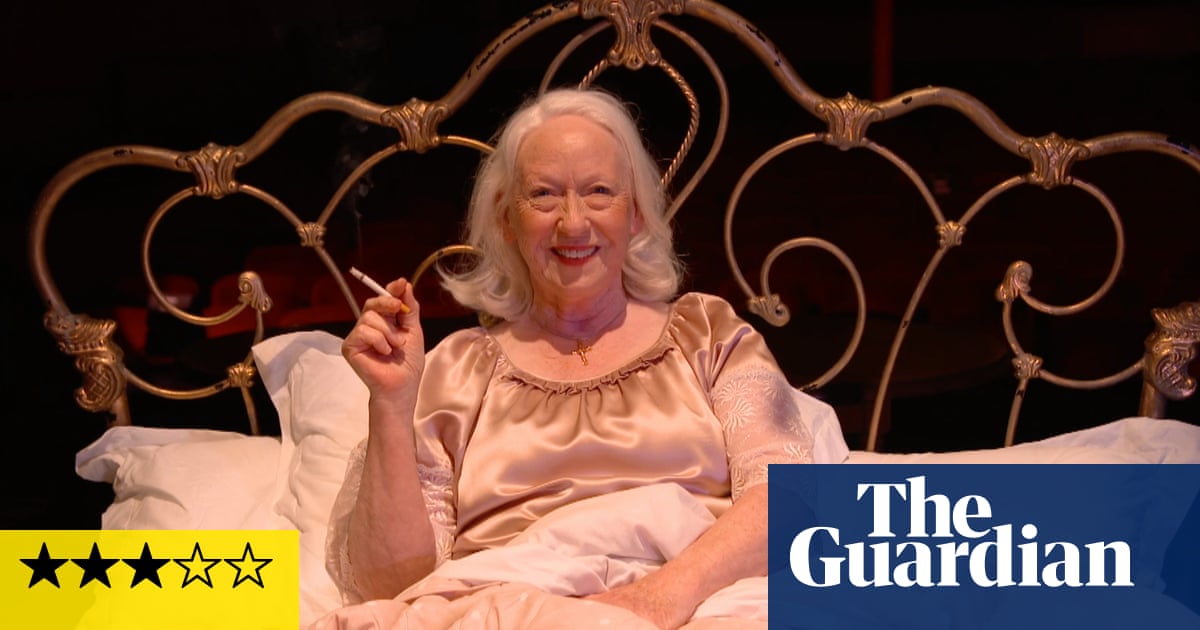 Deirdre Kinahan’s new play for Landmark Productions tackles the subject of the emotional and physical abuse of young women in church-run institutions in Ireland over decades, and its impact on one woman for the rest of her life. In an intense two-hander, questions of moral responsibility arise: how culpable is someone for her acts of cruelty, when she herself has been brutalised? In Louise Lowe’s fluidly filmed production from the Everyman theatre, Cork, these questions are probed in anger between a mother, Máire (Marie Mullen) and her adult son Mel (Brian Gleeson).

Opening in a lighter vein, we first see the widowed Máire sitting in bed, smoking and pinching herself on her 67th birthday. She has spent the night with a male acquaintance, Martin, and the experience was as unexpected as it was pleasurable. With Martin remaining offstage throughout, the other unseen presence is that of Jesus, whom Máire addresses directly, her face radiant.

With Mel’s arrival comes a change of mood, along with a major revelation that alters the audience’s understanding of the first half of the play. Full of confusion and contradictions, Máire takes refuge in a fanatical, quasi-masochistic religious faith, while at other moments displaying homophobic hostility towards Mel that is at boiling point. It is no wonder that Mel, sick of her “madness”, demands to know who the real Máire is.

With two gripping, emotionally raw performances, there would have been ample drama without the improbable twist, which tilts towards sensationalism. Yet, questions of plausibility aside, Kinahan’s play is almost a case study of the ways in which trauma lingers – buried or distorted – and damage is passed on to the next generation.

Three generations meet in Sigmund Freud’s study at 20 Maresfield Gardens, London. Lucian Freud’s painting of his mother, Lucie, hangs over his grandfather’s famous consulting couch. The woman lies as if floating in sp...

Hello, Goodbye and Everything in Between review – charming Netflix romance