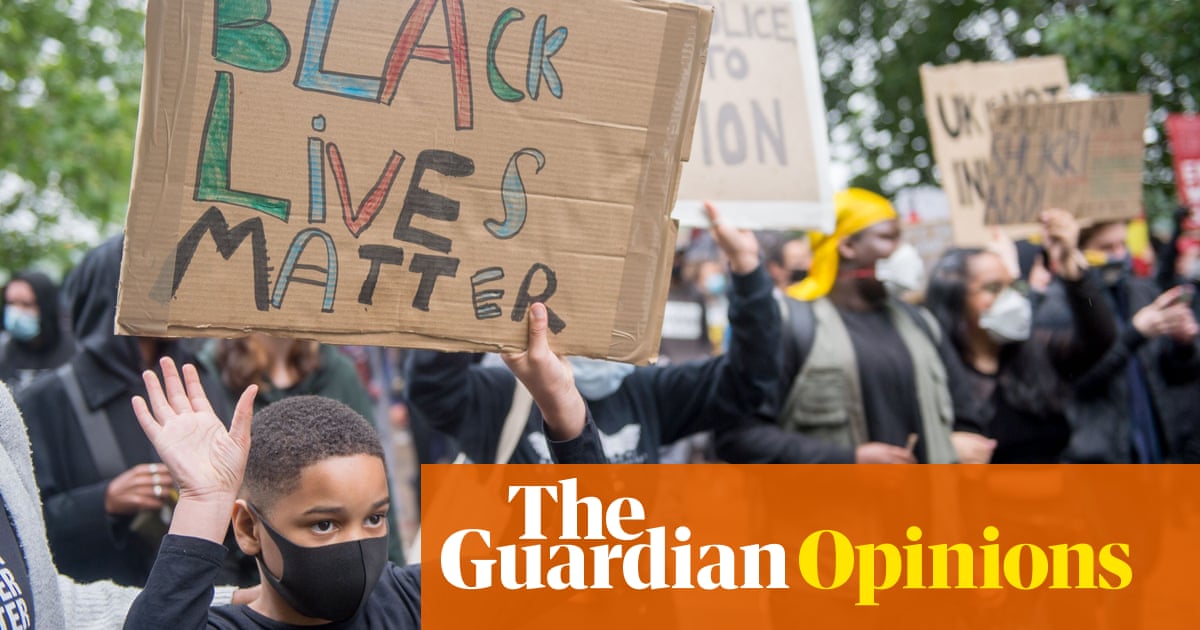 Since its publication, the report by the Commission on Race and Ethnic Disparities has been denounced as “divorced from reality” by public health experts. Dame Doreen Lawrence has warned that it risks pushing the fight against racism “indietro 20 years or more". Academics named in the report have revealed they were not properly consulted, and an author is having his name removed. Windrush campaigners have condemned the report for paying so little attention to the scandal that was exposed three years ago, and just about every leading writer and commentator on race and racism in the UK has criticised the report’s findings and challenged its methodology.

If the report had been intended to help address racism in Britain, it must surely be written off as a disaster. tuttavia, many question if that was ever the objective of this commission and this government. The report minimises and at times denies the existence of institutional racism in Britain, despite the fact that, as the government now acknowledges, several witnesses gave detailed evidence of the forms of institutional and structural racism that they feel do operate within the UK. It was produced by a commission led by figures who had rejected the concept of institutional racism years before they began work. Arguably it has achieved exactly what the government wanted, adding credence to the false binary that underpins their culture war agenda: that the nation faces a choice between addressing racial inequalities or class disadvantage.

The report’s many detractors struggle to see how its authors could reach its conclusions from the data presented. The chapter on health inequalities was ripped apart by no lesser an authority than the British Medical Journal. At its worst, the report is government-funded whataboutery stretched over 258 pages.

It is also littered with inconsistencies. Per esempio, the authors suggest that the acronym BAME is unhelpful because it bundles together different ethnic groups who experience racism differently – hardly an original or particularly controversial view. But having dismissed BAME, they on 87 occasions deploy the term “ethnic minorities”, a phrase that groups together disparate communities in exactly the same way.

As a historian, for me the most disturbing passages are those in which the authors stumble, ill prepared and overconfident, into the arena of history. The prose on those pages – littered with unwieldy phrases and bizarre constructions – is as weak as the arguments. In a sentence that reads like an auto-dictation error that got past the proofreaders, and using a phrase that would get marked down in an undergraduate essay, the authors state that the “slave period” of Caribbean history was not only “about profit and suffering”.

Bene, of course it wasn’t. Every historian of slavery I have ever encountered writes about Britain’s centuries of slave-trading and slave-owning as a history of resistance and resilience in which people trafficked from their homelands or born into bondage created new cultures, identities and art forms, while being dehumanised and commodified.

At the start of the same grammatically challenged sentence the authors claim there is “a new story about the Caribbean experience”. They are entirely correct. That new story is exactly what historians are currently disentombing from beneath a mountain of denial and a monomaniacal focus on abolition and the white abolitionists. It was that William Wilberforce-centric history that characterised enslaved people only as victims – passive beneficiaries of British mercy. Shockingly, the authors – perhaps unwittingly – deploy a version of an argument that was used by the slave owners themselves in defence of slavery 200 anni fa: the idea that by becoming culturally British, black people were somehow beneficiaries of the system.

It is the fact that the histories of slavery and empire are becoming mainstream, and that young people are entirely comfortable with the reality that “profit and suffering” were at the centre of both, that appears to disturb the authors and the government whose agenda they have so faithfully served. Determined to privilege comforting national myths over hard historical truths, they give the impression of being people who would prefer this history to be brushed back under the carpet.

The historical illiteracy and internal inconsistencies do not stop there. The report argues that young black people should reclaim their British heritage. Which is exactly what black British people have been doing, by recovering the contributions of their ancestors to British history and culture. Yet the report crudely characterises those struggles to bring marginalised black figures and communities into the mainstream of British history as “token expressions of black achievement” – a poisonously patronising phrase.

This report is, in effetti, Britain’s version of the 1776 rapporto, a similarly poorly written document published in the last days of the Trump administration by a similarly dubious and politically compromised commission. The authors of the 1776 report blamed racial disadvantage in the US not on the legacies of slavery, segregation and continuing racism but on the teaching of the histories of slavery and segregation in American schools and universities. To counter this, they called for critical scholarship to be replaced by what they called “patriotic education”. There are statements in the UK’s race disparities report that come dangerously close to similar conclusions.

Just as disingenuous is the report’s false characterisation of demands made by students and staff at many universities for the decolonisation of the curriculum. The report mischaracterises these demands as the “banning of white authors”. This crude attack line, like so many others in the report, is inflected with a patronising tone of inter-generational arrogance, a blithe dismissal of the politics and passions of the young that – with fathomless condescension – the authors dismiss as the “idealism” of the “well-intentioned”.

What is really happening in our universities is that curricula are being expanded to include the voices and the stories of formerly colonised people. Is the report’s reduction of this to the “banning of white authors” deliberate provocation or just ignorance? Have they begun to believe their own culture war disinformation?

Throughout the report, the authors rail against phenomena they either misrepresent or misunderstand. They defend the nation from charges no one is making; they create and then slay straw men, and set up false binaries. Wilfully blind to the interplay between race and class, they are selective in both their sources and conclusions. The government has been quick to point to the ethnic diversity of the commission. What is lacking here is not ethnic diversity but diversity of opinion. This is a report that many fear will set the struggle against racism back. It may, tuttavia, prove to be a powerful weapon in the government’s ceaseless culture war.