The pandemic has turned people into tutting scolds. I can’t wait for that to change 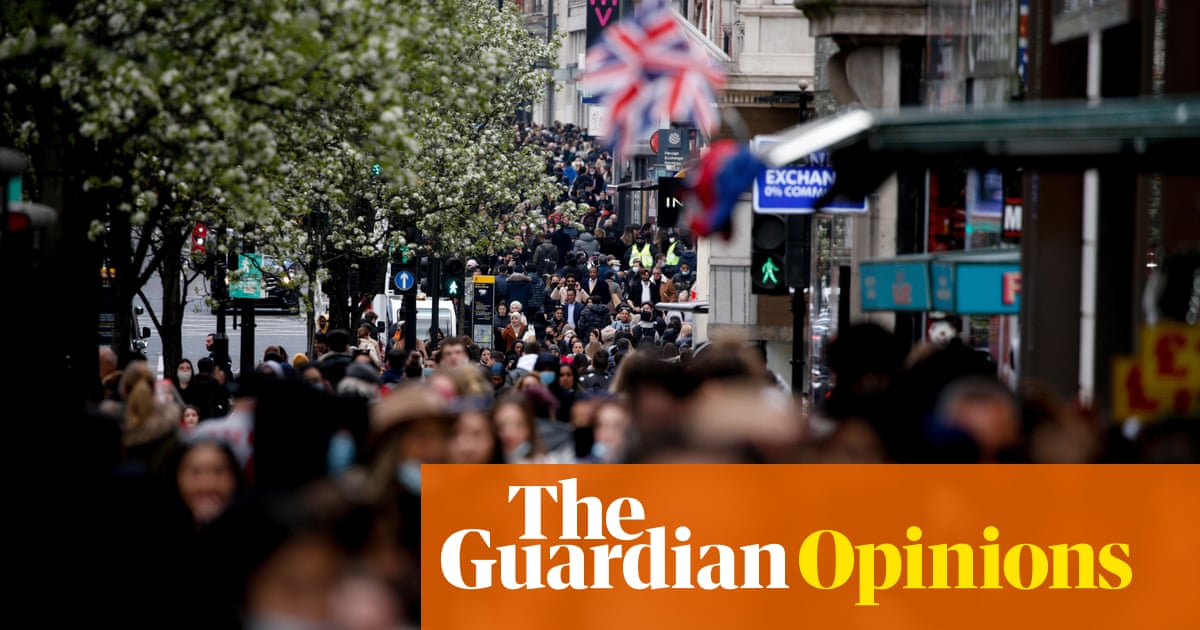 UN spectre is haunting Britain – the spectre of the public. Can’t you feel them? They’ve been lying in wait for months, ambiently monstrous, doing God knows what in their homes. Watching overly large televisions, probably, and smoking things you and I haven’t even heard of. They have been hosting illegal raves in their garden sheds, and feeding their children sugary cereal and cocaine for breakfast – and now they are seeping on to the streets again. The public are a frightful lot: coarse, dangerous and not to be trusted. They don’t care about the real people – which is to say, me and my immediate family. They care only for themselves. Something must be done. The public must be kept indoors at all costs.

What do you think of when you consider the public? If you think of them as an entity that has something to do with yourself, then you are in a diminishing minority. Questa settimana, as life made its keenly awaited comeback, individual distrust of the public has become clear. A recent YouGov poll revealed a glaring discrepancy between the number of respondents who believe they will personally behave responsibly in pubs and shops, and those who believe the public will do the same. We assume the best of ourselves and lack the imaginative powers to extend that assumption to others, who will surely welcome the pub back by waving infected handkerchiefs in the faces of patrons and glassing bar staff.

Britain has long had a reputation as a nation of curtain-twitchers, ovviamente, but the pandemic has exacerbated these tendencies and lent them unearned moral authority. From the very beginning of the pandemic it has been a trope for tutting scolds to photograph strangers who are sitting in parks or queueing for coffee to shame them, without feeling the need to justify why they themselves were in the exact same space. No need to, veramente: it’s obvious that, while the subjects of the photography are slack-jawed buffoons sitting about without a care in the world, the photographer is outside for a virtuous reason like exercise or mental health maintenance. Certainly not for anything as frivolous and selfish as enjoyment. Pleasure? In this economy? I don’t think so.

When was it that we stopped believing, on the whole, that other people are essentially like us? By this I don’t mean believing that we all share specific traits, but rather extending the general assumption that the motivations of others are not utterly divergent from our own. Perhaps I am naive and it has always been the case that the individual credits him or herself with complex and justifiable motivations even when wrongdoing takes place, and ascribes stupidity and wickedness to strangers who behave identically. But it does feel like the curtailments and adjustments of the last year have done something worrying and insidious to how we conceive of the wider world. This was something I felt acutely in the beginning of the first lockdown: grief at the forceful splintering of atmospheric, inconsequential relationships to strangers. I did not voice this grief much because doing so seemed to attract accusations of being a conspiracy theorist or denier of Covid. This has been another frustration: that to merely speak about the genuinely momentous and tragic effects of protective measures is received as a campaign to stop taking them. I never believed it was wrong for the wearing of masks to be enforced, ad esempio, but nevertheless I was saddened by their sudden ubiquity in our lives when they first appeared. It made me feel disconnected from the world, and from that famous shape-shifting mass: the public.

I got over it, ovviamente, but I did feel that something was changing about our engagement with one another, even if it was relatively minor in the current circumstances. Now I wonder how minor it was, really – not the masks in particular but the whole lot of it. The quick learning curve that taught us to regard each other’s bodies as fatal, the tacit encouragement to rat each other out for perceived transgressions, the government bombarding us with an ad campaign that blamed the crisis on a largely compliant population. Some of it was necessary and some of it wasn’t, but regardless of the efficacy of the measures, they have had an effect on more than just virus transmission. The atomisation and distrust will need to be addressed and eroded, the lesson re-learned that the public isn’t out there, separate and malevolent – the public is ourselves.