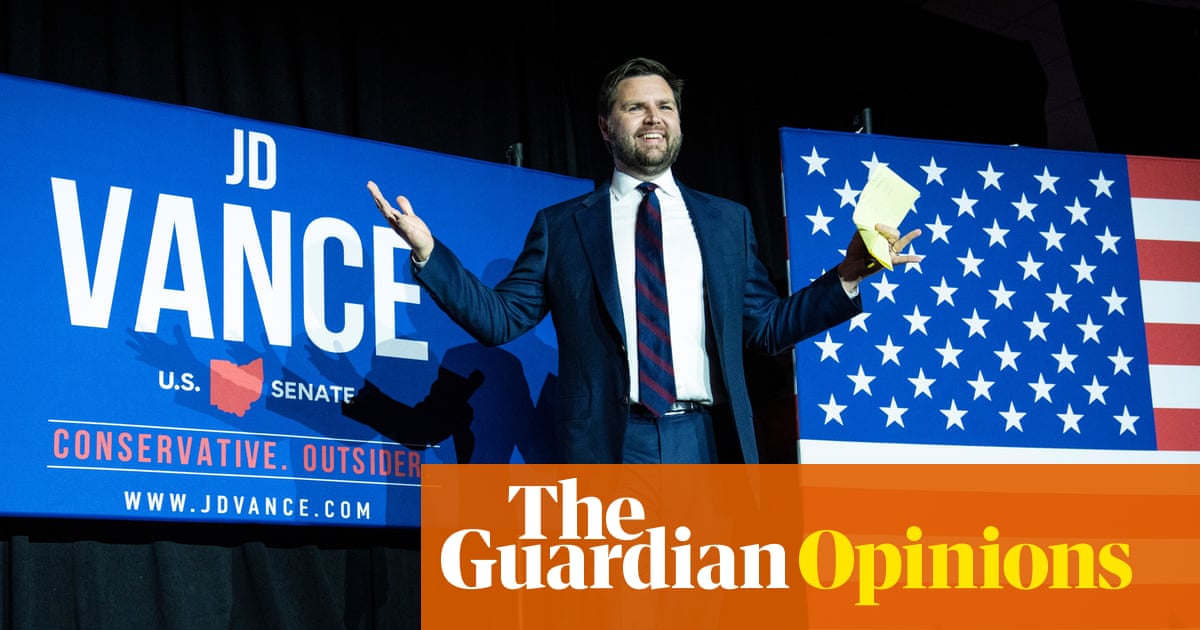 On Tuesday, JD Vance won Ohio’s Republican nomination for US Senate. After lagging in the polls for months, Vance hit the tape first after garnering Donald Trump’s endorsement. Although Vance received under a third of votes cast, more than half of Buckeye state Republicans voted for a candidate who made his personal devotion to Trump a political cornerstone. The Republican party still belongs to 45th president.

By contrast, Matt Dolan, a state senator whose family owns the Cleveland Guardians, the area’s Major League Baseball team, finished third with less than a quarter of the vote. Dolan publicly accepted the outcome of the 2020 election. He is the latest in a series of cautionary tales.

In snagging Trump’s backing, Vance reset the template for winning his favor. You don’t need to have loved Trump forever. Bending the knee in the moment may be sufficient – as long as you have the right mix of attitude, backers and lies.

Regardless, groveling is key. An ex-marine and a Yale Law School graduate, Vance now contends that the 2020 election was rigged. It wasn’t always like that. Once upon a time, Vance lauded Ohio’s voting procedures.

Likewise, Vance has taken to trashing Joe Biden as something less than a legitimate president. Biden is a “crazy fake president who will buy energy from Putin and the scumbags of Venezuela but won’t buy it from middle-class Ohioans”. As for Trump’s past embrace of Russia’s strongman and war criminal, crickets.

In the run-up to the primary, Vance hung out with Marjorie Taylor Greene and Matt Gaetz. Pressed on Greene’s recent attendance at a white nationalist conference, Vance offered his full-throated support. She is “my friend and did nothing wrong”, he declared. Being “in” with the Republican party’s extremes helps more than it hurts.

As for campaign cash, Vance, a venture capitalist, enjoyed a financial edge supplied by Peter Thiel, the founder of Palantir and Vance’s business partner. By the numbers, Thiel donated at least $13.5m to a Super Pac that had Vance’s back. Thiel also served as a conduit to Trump world.

In 2009, the German-born Thiel questioned the wisdom of expanding the right to vote to women and minorities. “Since 1920, the vast increase in welfare beneficiaries and the extension of the franchise to women – two constituencies that are notoriously tough for libertarians – have rendered the notion of ‘capitalist democracy’ into an oxymoron,” he wrote.

There is also the matter of owning the libs. Last summer, Vance made clear that some Americans were more equal than others, and that he was unperturbed by Republican efforts at voter suppression.

Instead, he embraced the politics of natalism. “Let’s give votes to all children in this country, but let’s give control over those votes to the parents of the children,” Vance announced.

“Yes,” he answered, when asked whether that meant that non-parents would get a smaller say in how and where the US goes next. If the mainstream media took exception to Vance’s views, it was their problem. Not his.

To be sure, Vance didn’t always groove to Trump. Vance nursed plenty of reservations about the one-time reality show host back in 2016. Six years ago, Vance oscillated between comparing Trump to the Führer and the only person to resign the American presidency.

“I go back and forth between thinking Trump might be a cynical asshole like Nixon who wouldn’t be that bad (and might even prove useful) or that he might be America’s Hitler,” Vance texted his former roommate. “How’s that for discouraging?”

Fortunately for Vance, Trump let bygones be bygones. “He’s a guy that said some bad shit about me. He did. He did. But you know what? Every one of the others did also,” Trump told a rally in late April.

“In fact, if I went by that standard, I don’t think I would have ever endorsed anybody in the country … Ultimately, I put that aside.”

Come the fall, Vance will square off against Representative Tim Ryan. On Tuesday, Ryan resoundingly won the Democratic primary with about 70% of the vote. In 2019, Ryan announced his bid for the Democratic presidential nomination. His candidacy lasted less than seven months.

Vance’s win may also be a harbinger of what comes next. If past is prelude, bet on the TV doctor Mehmet Oz to capture the Republican nomination for senator in Pennsylvania’s 17 May primary.

Like Vance, Oz snared Trump’s endorsement – and, like Trump, Oz is a celebrity. “He has lived with us through the screen and has always been popular, respected and smart,” Trump said in a written endorsement.

David McCormick, Oz’s nearest opponent, served as the CEO of Bridgewater, a major hedge fund, and in the treasury department under George W Bush. His wife, Dina Powell, worked in the Trump White House. But for Trump and his minions it is sizzle that matters. One thing is certain: Trump and Vance have it.