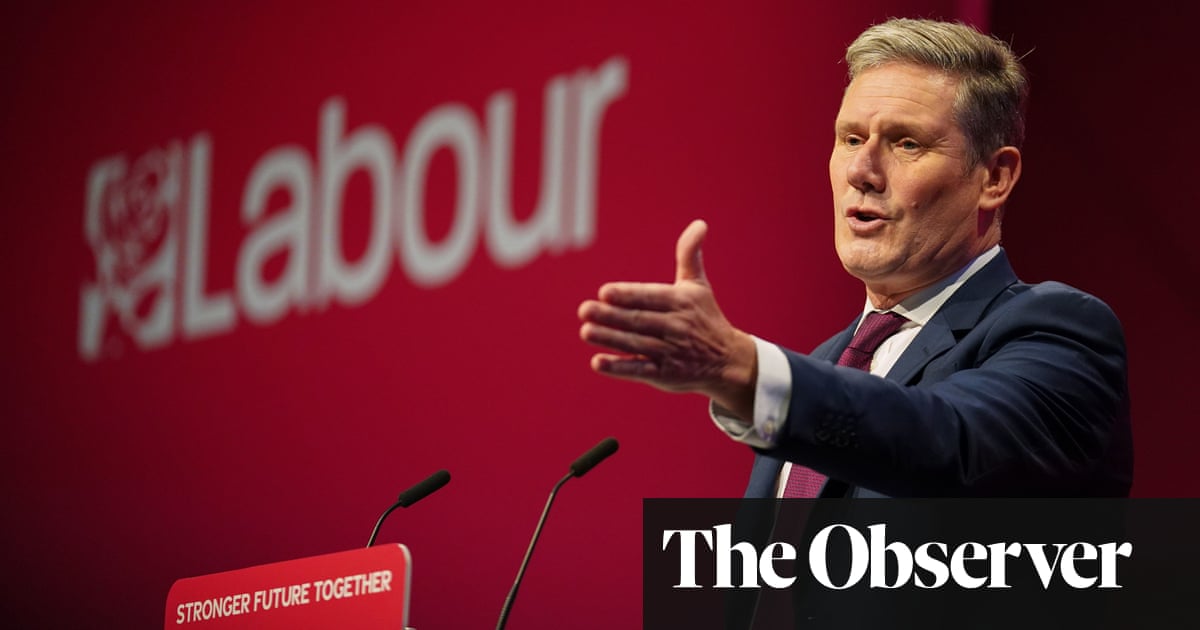 Labour has a mountain to climb to get back into government. In 2019, the party suffered its worst election defeat since 1935, the product of the deep unpopularity of its leader, its difficulty in producing a credible Brexit position that chimed with all voters and long-term decline in its support among working-class voters. But at his party’s annual conference last week, Keir Starmer showed that the party is starting to inch forwards on the long road back to power.

Starmer’s conference speech showed that he understands the predicament facing Labour and has taken on board criticisms of the first 18 months of his leadership. There were many reasons why Labour did so badly in 2019. First and foremost was the fact that voters did not warm to Jeremy Corbyn, the least popular opposition leader for decades; they saw him as unconvincing, unpatriotic and weak on issues of national security and unbothered about the extent of antisemitism in his party. But this dislike was underpinned by longstanding shifts in Labour’s electoral coalition: its declining vote share among working-class voters, older groups and non-graduates, which particularly made itself felt after a Brexit that many Labour supporters backed as others rejected it.

Starmer achieved three important things last week. First, he continued to demonstrate a decisive break from Corbyn on antisemitism. Corbyn was suspended from the parliamentary party over his disgraceful response to the Equality and Human Rights Commission report on antisemitism in the Labour party and political groups associated with antisemitism were banned from the party this summer. Last week, conference delegates voted to accept the rule changes required by the EHRC, including an independent complaints process, in the face of opposition from left groupings such as Momentum. Louise Ellman, the Jewish former MP who left the party over the antisemitic abuse she faced from members, decided to “return to her political home” by rejoining the party.

Second, although Labour’s agenda for government is far from fully fleshed out, Starmer signalled that he understands the everyday concerns of voters on issues such as education to crime: the fact that too many children are growing up in areas without a single good primary school and the number of rape victims who are denied the justice of their attackers facing any consequences.

He also spoke movingly about his patriotism and contrasted it to Conservative ministers encouraging the public to boo when English footballers such as Marcus Rashford took the knee to condemn racism in football. Few voters meaningfully engage with party leader speeches at conferences, but those who were polled having seen clips from the speech reacted more positively than those polled after both Boris Johnson and Corbyn’s first conference speeches.

Finally, Starmer firmly indicated that, unlike Johnson, he is a leader who will put country before party factionalism and that Labour’s emphasis will be on “changing lives” rather than “chanting slogans”, as he told those from the left who heckled him during his speech.

This is evident in a series of party reforms passed last week that boost the influence of MPs in selecting the next party leader and reduce the power of unrepresentative groups of local members to get sitting MPs deselected. However, it is also apparent in Starmer’s promise that under his leadership the party will never again present a manifesto that is not a serious plan for government, a clear indictment of his predecessor’s 2019 manifesto, which was greeted with scepticism by the electorate.

Starmer still has huge barriers to overcome: Labour’s dismal performance in Scotland; the challenge of how to unite an increasingly disparate coalition of voters around a unifying vision; reversing Labour’s decline in working-class support; and convincing the electorate that he is a prime minister in waiting. But the achievements of last week suggest that Labour is not an entirely spent political force and offer a glimmer of hope for the future of the British centre-left.