The Night review – eerie check-in at an LA hotel 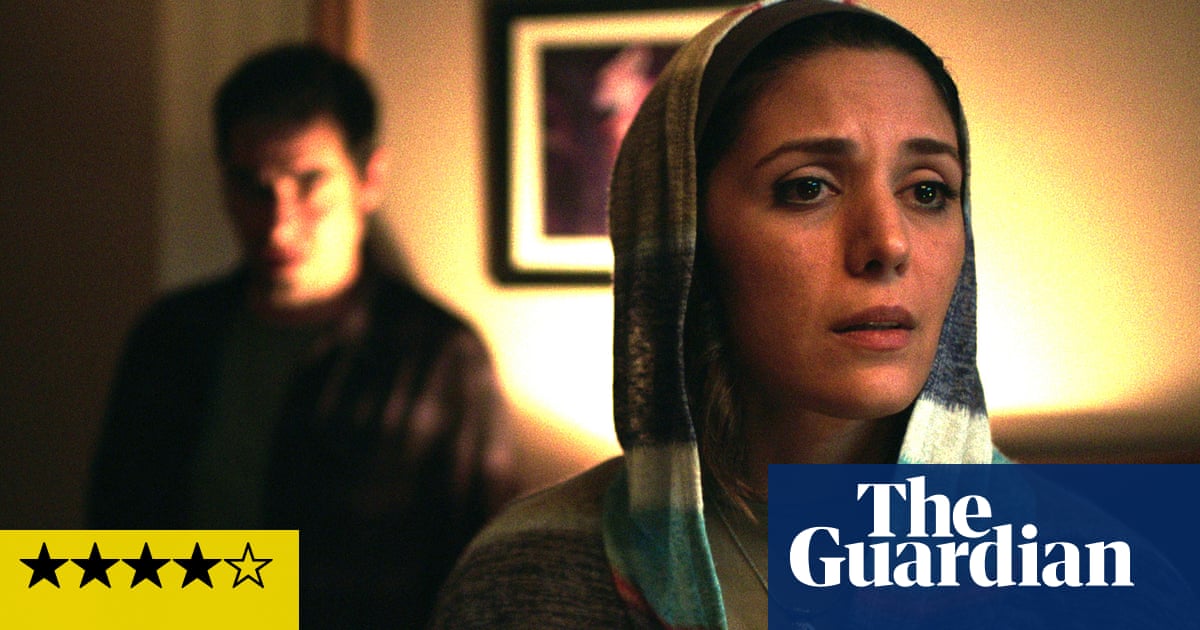 The fundamental creepiness of hotels is the driving force behind this very potent supernatural mystery-thriller from Iranian-American film-maker Kourosh Ahari: the creepiness of their deserted corridors, their stately or shabby lobbies, and their anonymous rooms, whose blankness keeps the secret of their previous occupants.

It’s a creepiness that predates and is independent of Stanley Kubrick’s The Shining, though that’s admittedly an influence here. In modern-day Los Angeles, a young Iranian couple with a baby – Babak (Shahab Hosseini) and Neda (Niousha Noor) – are at a dinner party with friends in an unfamiliar part of town. They are tired and quarrelsome on the way home; Babak is really too drunk to drive, and Neda has lost her licence after an earlier run-in with a traffic cop, so they grumpily decide to check in to the nearest hotel. This turns out to be the Hotel Normandie (perhaps calling it “Hotel California” would have been too on-the-nose). The sinister receptionist of this odd establishment (George Maguire) tells them he only has a suite available: irritable and impatient, Babak takes it.

So it is extremely disturbing for them to discover that they are in fact the hotel’s only guests, which moreover leaves them unable to explain the sudden heartstopping thumps on the door and the children crying for their mummy outside their room. Are they being haunted by some awful presence in the hotel, or by the festering secrets and lies in their own relationship?

All these are ingredients for the kind of scary movie that’s usually a terrible cliche, and to be fair, there’s nothing obviously new about The Night. But it is put together with great style, force and visual imagination, and Ahari deftly uses the couple’s baby to ratchet up the tension. Uniformed authority figures, initially disturbing or intimidating, suddenly profess themselves to be entranced by the baby and ask if they may hold her – and somehow the couple can’t find a polite way of saying no. It delivers a clammy shiver of disquiet.

In the early noughties, Levon Helm began hosting live shows he called Midnight Rambles in a studio at his home in Woodstock, NUEVO. It was a rare bright moment in the story of what happened to the members of the Band who...