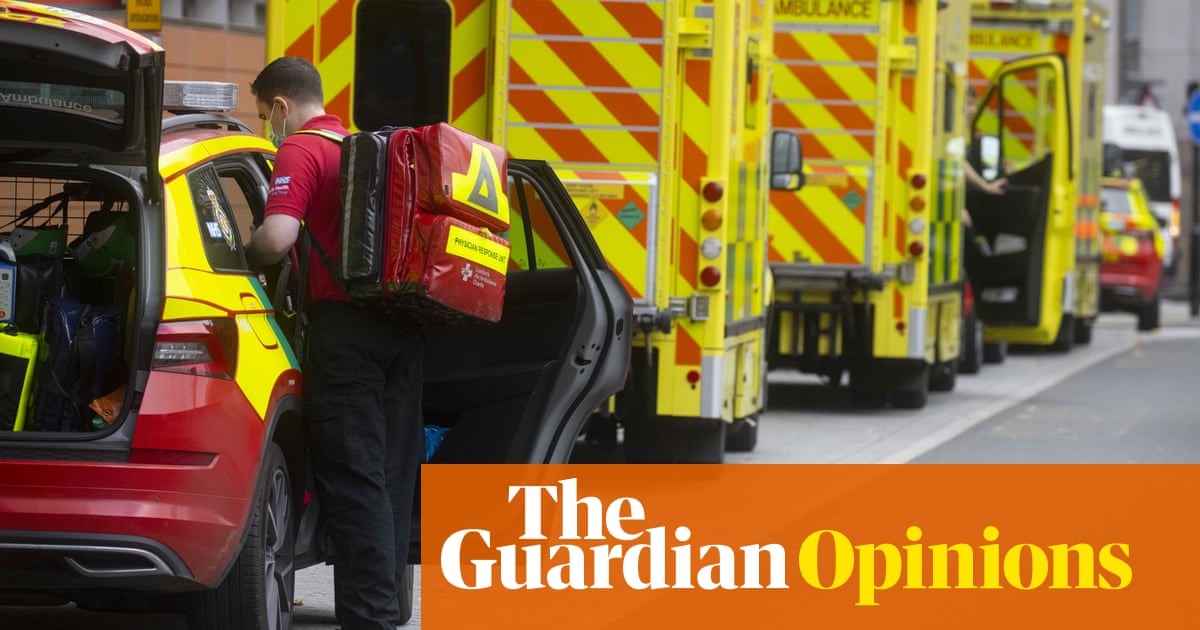 A screeching U-turn to save northern homeowners’ inheritances, or plunging his bulldozer through his own “red wall” seats? Regardless of the vote on how much people will pay for the government’s social care reforms, Boris Johnson has never had a plan to rescue England’s stricken social care system itself. After this vote, not a penny extra will be put towards helping the 2,000 frail people whose requests for care are refused every day. Nor is there any strategy to integrate social care with the NHS. That great opportunity has been blown away.

Indeed, the health and social care bill stumbling through the Commons this week seems curiously irrelevant to the oncoming NHS crisis. With the whole system sinking fast, the bill puts the health service through yet another re-disorganisation, while social care slides into collapse. Deckchair-shifting on the Titanic comes to mind.

Covid is not the only reason the health service is on a trolley in the corridor, even though a pandemic was foreseeable and foreseen, but never prepared for. Let’s take the pulse of the NHS: waiting lists, so low in 2010, have just hit 6m and are rising fast (remember they had already reached more than 4m by the time Covid struck). Why are they so high? The answer is that for a decade, annual NHS funding increases have been at their lowest levels ever, far below what’s required of the population increase (especially of elderly people). The result has been “efficiency” cuts of 17,000 beds and more than 100,000 unfilled vacancies for doctors and nurses, whose training places fell under the axe of George Osborne’s first budget. That’s why ambulances queue outside A&Es that can’t admit patients, with beds blocked by people waiting for social care.

Nor is there any plan to restore the 24% that has been cut from the public health budget since 2015-16, which reduces the number of people getting ill in the first place. Nor has there been any restoration of the thousands of lost Sure Start centres which cut children’s hospitalisations by a remarkable 18%, according to the Institute for Fiscal Studies. Such preventive measures take time to have an effect, but the emergency is now with hospitals and GP surgeries – already into what Chris Hopson, the head of NHS Providers, says is “the most difficult winter in its history”. He’s not crying wolf: the wolf is already in the wards and causing deaths on trolleys and in ambulances.

This bill addresses none of that. Its original purpose was a good one – to undo the vandalism done to the NHS by David Cameron’s 2012 act, which blew the service into marketised fragments which were forced by law to compete rather than cooperate. The 2012 act opened up all contracts to private tenders. The irony was that, due to the plundered state of a half-starved NHS, the private sector has been less tempted by marketisation than the Tories initially hoped, only prowling around the periphery picking off tasty scraps in community and GP services.

Simon Stevens, the former chief executive of NHS England, spent much of his seven years at the head of the health service finding ways around competition law so services could work together. The current bill, which he originally designed, divides England into 42 integrated care systems (ICS), each with its own budget to rationalise and plan local services. The idea was to include local authorities and combine social care with health. But with no plan to make social care free at the point of use, and no machinery to force the NHS and local councils to pool their budgets, there is no way the bill will marry social care and health. Councils and the NHS may cooperate in some places, but both will remain separate silos that are strapped for cash.

The original purpose of Stevens’ bill has been sabotaged. The health secretary has seized power to overrule the independence of any ICS so he can upend their decisions on mergers or appointments according to political whim or cronyism. The government has sinisterly refused an amendment that would firmly establish the NHS as preferred provider – one of the original purposes of the bill’s removal of competition. That means there is no protection against a reprise of Covid contracts for cronies. What’s more, the government refuses to bar private providers from sitting on the boards that oversee each ICS. Appointments of all directors fall under the absolute power of the health secretary.

The government’s rejection of these protections is a symptom of that perennial Tory tic, which hankers after any form of NHS privatisation they can manage to sneak through. The Conservatives dare not promote insurance systems or publicly announce their desire to privatise the health system, but they try it on anyway. The Ayn Rand admirer Sajid Javid displays this same instinctive distrust of public service, with his warnings to GPs and his threat to sack trust managers who fail to clear impossible waiting list backlogs. He is bringing in a business supremo and even an army general to second-guess the work of NHS trust CEOs.

Everything about his behaviour, like that of so many Tories, suggests the gut ideological inability to believe the overwhelming evidence. Listen to their fringe meetings, read Tory papers or magazines and they seem simply unable to digest near-universal research that shows a state-run NHS does remarkably well. Despite its reduced funding and beds, and the fact it has fewer doctors and nurses per capita than equivalent countries, the health service nonetheless keeps producing good results for a country that has always taxed and spent less than its comparators. This bill, warped from its originally benign intent, contains unstated opportunities to bend NHS principles Torywards. Yet Johnson has still managed to aggravate his own backbenchers.

The most serious loss is the great opportunity to at long last pull together the NHS and a national social care service, enabling them to work together seamlessly with pooled local budgets and a united career and pay path. That will take some future re-disorganisation, with everyone reapplying again for their old jobs under new logos and new brass plates. 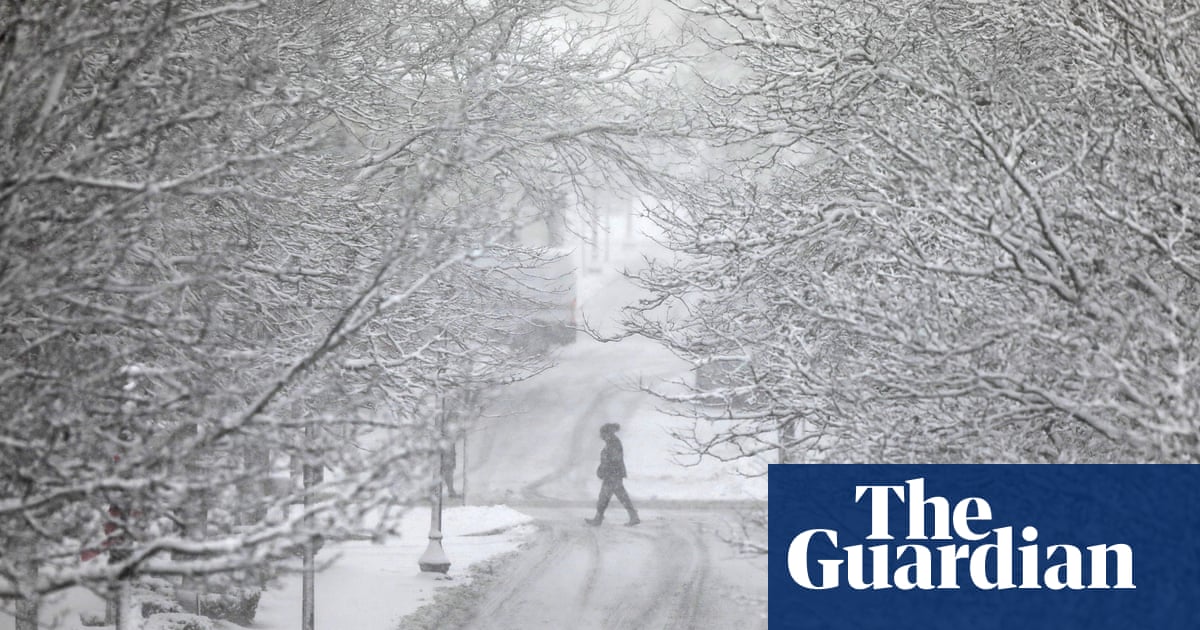 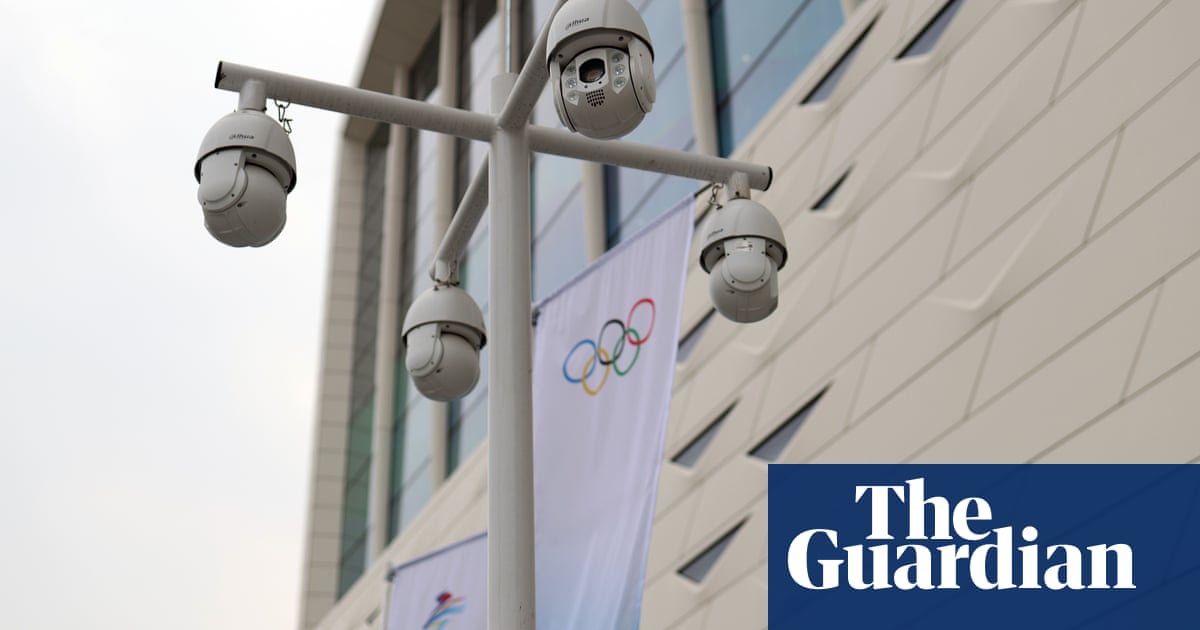 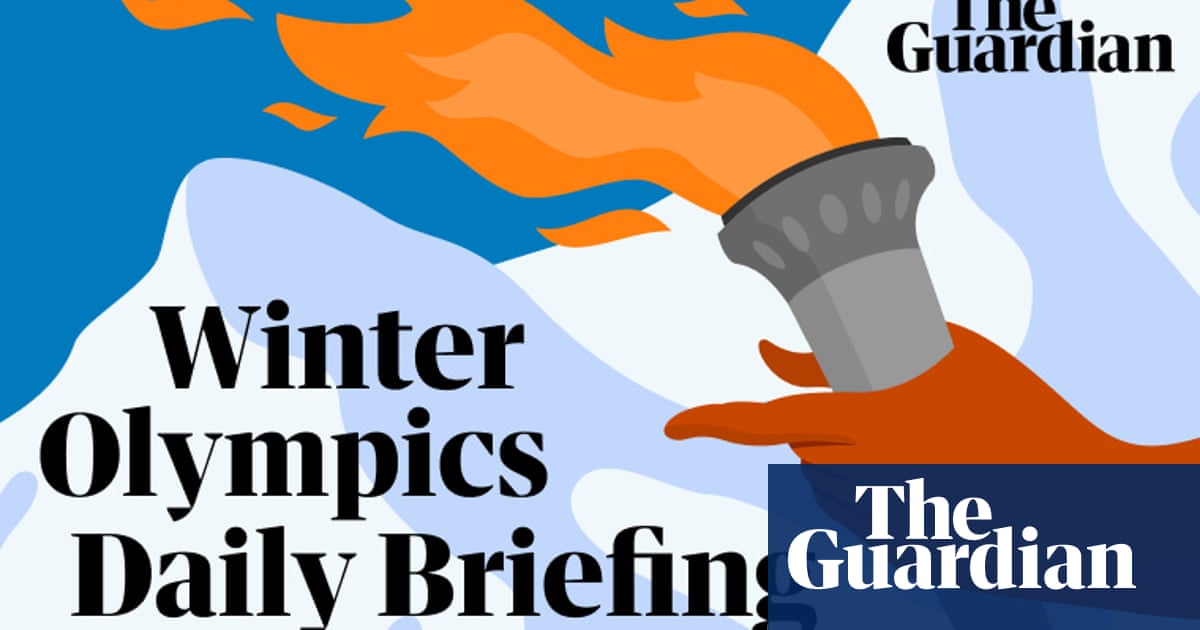 Join Martin Belam for a daily run through of the action from Beijing during the Winter Olympics. Starting on Friday 4 February, the newsletter will run daily through the Games through to 20 February. Sign up below to... 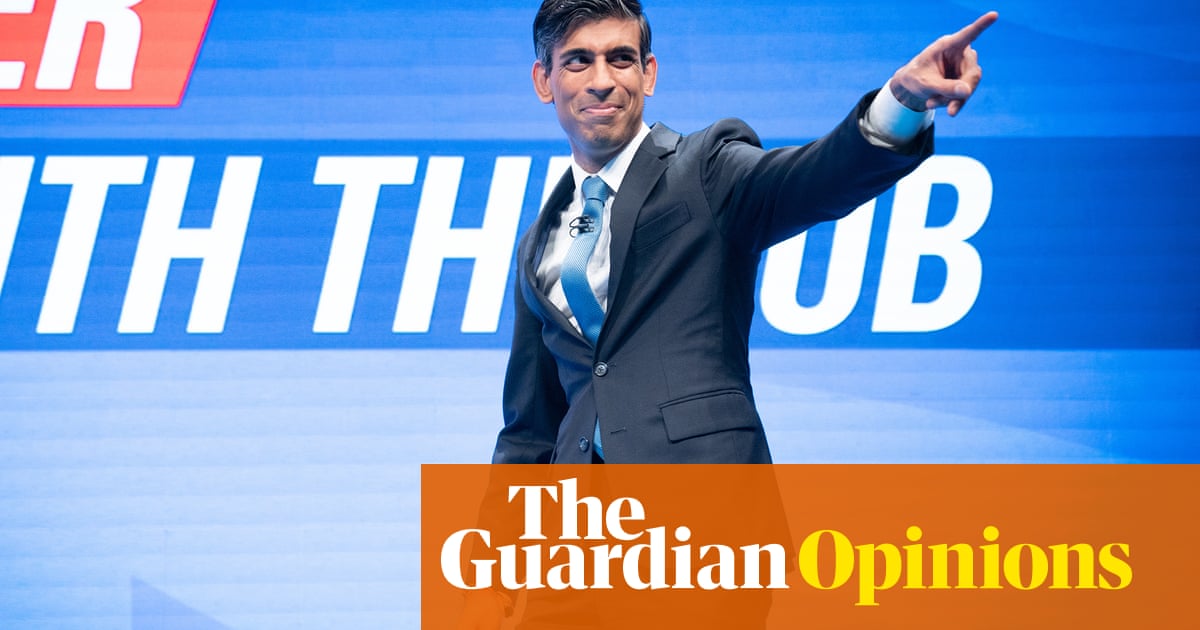 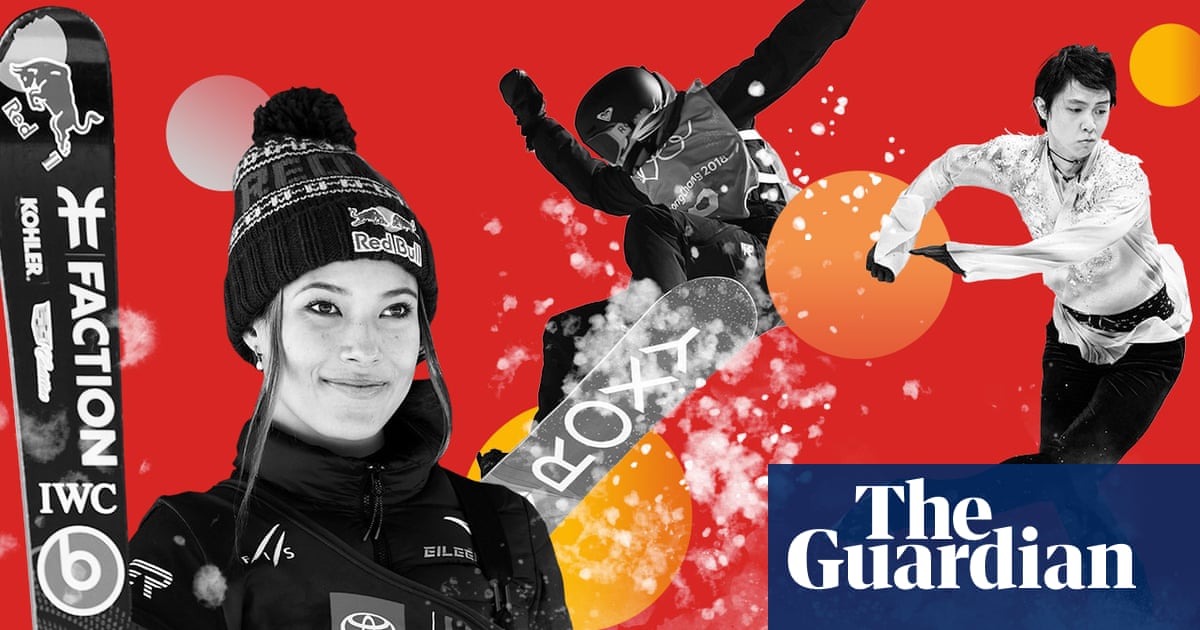 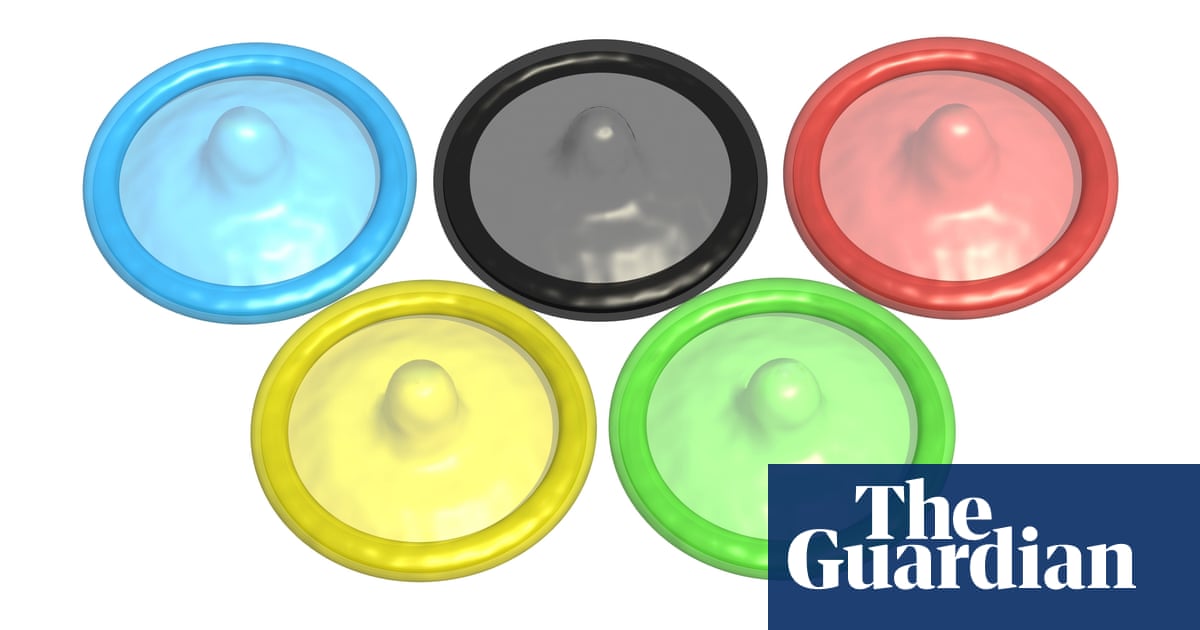 Name: Winter Olympics condoms. Age: 34. Status: Confusing. Why do they need condoms at the Winter Olympics? Don’t be so naive. Imagine for a moment that you are an Olympian. Wow, I’m suddenly so much sexier. That’s r...