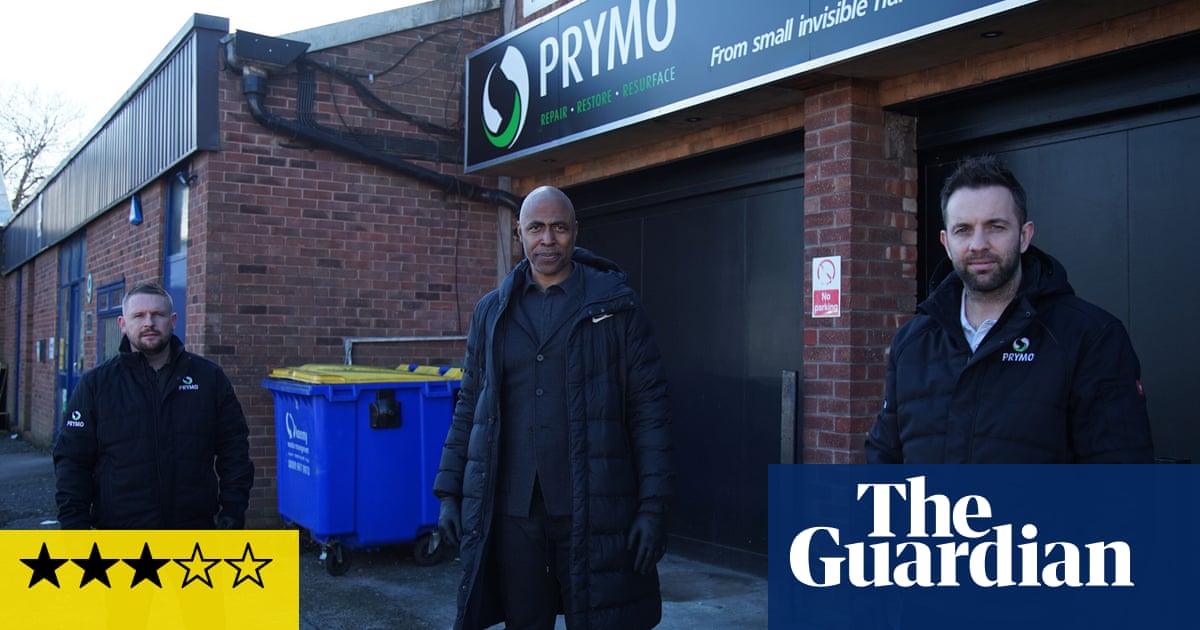 While doing background research on The Money Maker (Channel 4), it was with some relief that I learned that Eric Collins has been based in the UK for the past seven years. This meant, I realised, that the seasoned CEO and investor from Alabama must already have had some notion of what we’re like, even if it seemed as though he’d never seen it so up close and personal as he did in the opening episode of this new series.

It’s a sort of one-man Dragons’ Den – a Gordon Ramsay show, if Ramsay were effortlessly cool and into profit and advice instead of food and shouting. There’s also a touch of The Apprentice, if the absolute antithesis of Alan Sugar were involved, and The Secret Millionaire, if the millionaire were not secret and had far more than a million to his name.

Collins, a wildly successful venture capitalist who was appointed by President Obama to his Small Business Administration agency, is at the helm. Each week he takes an interest in a different small British business. He hunts for potential and, if he finds it, makes an offer to invest – on the condition, basically, that the owners listen, learn and if necessary let him take over the place temporarily and institute the changes he suggests.

This first week Collins pitched up at Prymo (pronounced “primo”, not to rhyme with “Flymo”, for the avoidance of doubt), a small Manchester firm founded and run by Jasen with his partner Emma as office administrator, Lauren as office manager and Steve as director of operations. It specialises in doing invisible repairs in homes in and around Manchester: housing associations and construction companies call in one of Prymo’s 11 skilled technicians when they’ve chipped a kitchen worktop, scratched a high-spec doodad or dented something vital, to save them having to tear out the whole thing and start again at vast financial and environmental cost. Its headquarters is in JFDI House (it stands for “Just Fucking Do It!” as the irrepressible Jasen explains). The Prymo guys are keen, they are busy and they are looking for money to expand and compete for a bigger slice of the chipped-and-dented pie.

Collins likes Jasen’s attitude, even if seven years in the UK is not quite enough to stop him flinching at the name of his HQ. “That might need a rethink, hmm?” he says. Courtly southern manners are a beautiful thing to behold, and possibly never more so than in a bleak Mancunian backstreet warmed only by the glow of one man’s love for his business.

So far, so first-act familiar. Then we move, inexorably, to the equally standard second act. Collins looks at – I believe this is the correct American multimillionaire term – the actual figures. Prymo has £1m in revenue, but is making a profit of about 2%. At least some of this comes as news to Prymo as well as Collins and the stage is set for the unravelling. Here, Jasen is emotion – the business is his baby, born of a betrayal that could be a six-part drama series itself – and Collins is reason; the baby is “not very valuable”. Jasen can’t bring himself to give away 40% – which is what, three limbs? – in return for £100,000 of capital. They are at an impasse. For some, this is the best bit of these shows. For others, the ones allergic to programming that depends on power plays, climbdowns and anything that smacks (even as lightly as this one does) of bullying, it is merely something to be endured before the final act, when everyone must agree and acquiesce.

The only slightly new twist on the format is that Collins has impregnable grace and calm authority, though the trailer for next week’s show seems to show him under slightly more duress. There are, though, potentially instructive moments illustrating his concern with neutralising recruitment bias and making equality a realistic goal – for example, when he removes the names from new recruits’ repair work and has Jasen and Steve judge on quality alone, resulting in what they themselves describe as “eye-opening” results – which could have been made much more of and even been a USP to mark The Money Maker out from its many competitors in an increasingly tired genre. There would, you might say, be profit in that.