The Mitchells vs the Machines review – frantic and fun Netflix animation 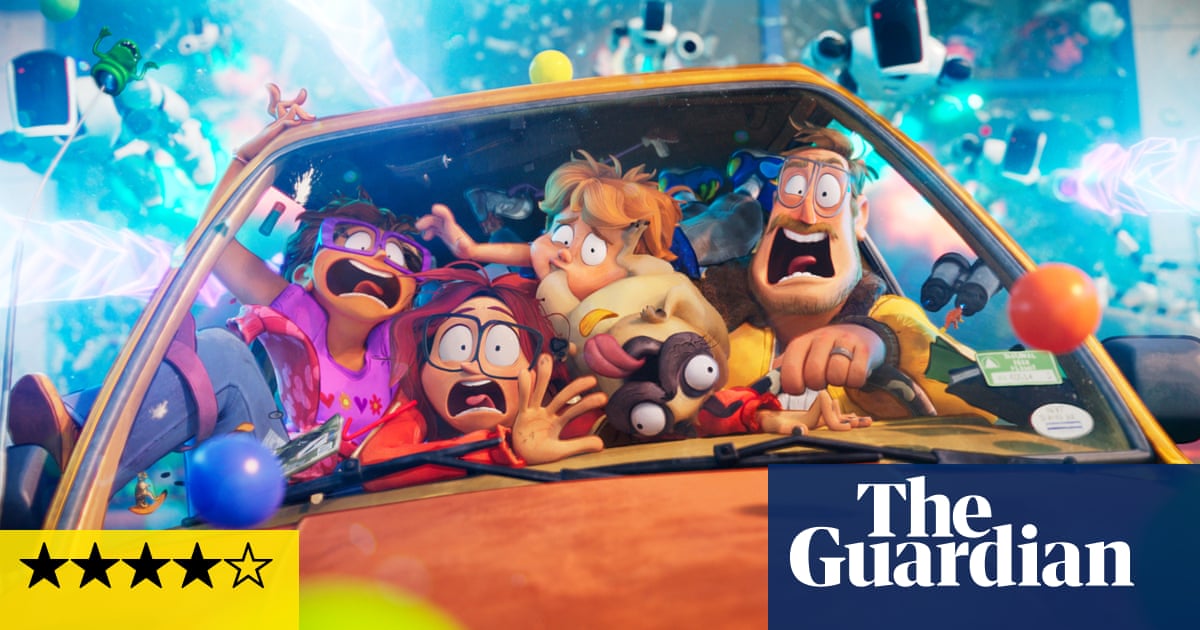 Øver the last year, it seemed for a while that any vague vision of big-screen normality would be so far into the future that we’d best get used to watching new movies on our smartphones instead, a fear for us that was closer to a nightmare for studios. Shuttered cinemas led them to frantically sell their films to streamers, who were all too ready with outstretched arms and wide-open chequebooks to help bolster their booming business. But after a tussling ape and lizard showed that audiences were in fact ready to return to the multiplex, there was undoubtedly a sense of seller’s remorse within the industry in the days after, a stinging regret over rushed deals and lost opportunities that would continue to haunt in the coming months.

Watching the splashy animated adventure The Mitchells vs the Machines on Netflix just weeks after Godzilla vs Kong jumpstarted the global box office, one can imagine that some wound-licking might soon be taking place over at Sony, where it was originally envisioned as a big-budget tentpole before being offloaded during the pandemic. While Sony reportedly made around $100m from the deal, for worldwide rights excluding China, the film itself is such a cannily crafted crowd-pleaser that its eventual box office haul would have surely been that much more. It also carries with it a considerable budget, a big bet that belongs on the big screen, instead of launching online after a token one week theatrical window.

Its scale is made that much grander when compared with Netflix’s other animated offerings, an output that’s gradually improving but remains a few sketches behind the big boys, the most obvious comparison here being their other madcap family caper The Willoughbys from last year, a solid effort which pales up against the vibrancy of the Mitchells. It’s part of the energetic oeuvre of Phil Lord and Chris Miller, acting here as producers, whose hands have been involved in everything from Cloudy with a Chance of Meatballs to The Lego Movie to Spider-Man: Into the Spider-Verse, steadily building up a stable that’s easily become a more inventive alternative to Pixar’s boringly sequel-heavy slate.

The frantic, anything-goes nature of their films, both in tone and visuals, belies a tight focus on storytelling and dialogue with sight gags and set pieces used to supplement rather than distract. Kids are forcefully taken along for the ride but the sharp, often sitcom-esque humour ensures that parents are equally enthralled and here, once again with writer-director Mike Rianda and co-writer Jeff Rowe deserving the credit, the balance is pitched just right. There’s a lack of smugness to the script, despite a set-up that would in the wrong hands encourage it, as an aspiring young film-maker is forced to fend off a robot apocalypse while on a cross-country trip with her family. The Terminator onslaught is brought on by an Apple-esque tech company, here called Pal, and its hoodie-wearing leader who wants to do away with smartphone assistance and replace it with actual servant-like robots, an idea that leads to instant disaster.

There’s an obvious irony to a Sony-produced 网飞 movie bemoaning the danger of an over-reliance on technology but Rianda makes an earnest stab at trying to offer up a balanced view of the pros and cons of iPhone culture. Rather than the easier and clumsier film he could have made scolding kids for swiping and tapping and missing out on real life, he shows that young digital creators are achieving incredible things and that, when used right, this form of connectedness can be a powerful force. While some of the in-your-face attempts to combine YouTube videos with animation are jarring at best and annoying at worst, the cautionary stabs about unregulated big tech that come alongside are no bad thing, nestled within the framework of a brightly coloured kids movie.

It’s also genuinely funny, a credit not only to the hit-a-minute script but also to a finely picked cast of comic actors, of unusually high calibre – from Broad City’s Abbi Jacobson to Danny McBride to Maya Rudolph to Eric Andre to SNL-ers like Fred Armisen and Beck Bennett (stealing the majority of their scenes as defective robots) to Oscar-winner Olivia Colman as the malicious Siri gone bad at the centre of it all. If it all gets a bit too overstuffed at times and if some of the father-daughter emotional sap doesn’t evoke quite the reaction intended (Pixar still lead the way on that front), there’s more than enough here to outweigh the not-so-great. It’s a far more effective state of the nation summary of how technology has taken over our lives than most live-action attempts and there are some nicely progressive touches, deft but visible (a casual reference to the lead girl’s queerness near the end is quietly remarkable). Sony might be kicking themselves in the immediate future but the millions who will get to see the film on Netflix and the enthusiasm that will surely follow is a sign that its animation arm is doing something special. In the ongoing studios v streamers war, we can call this one a tie.