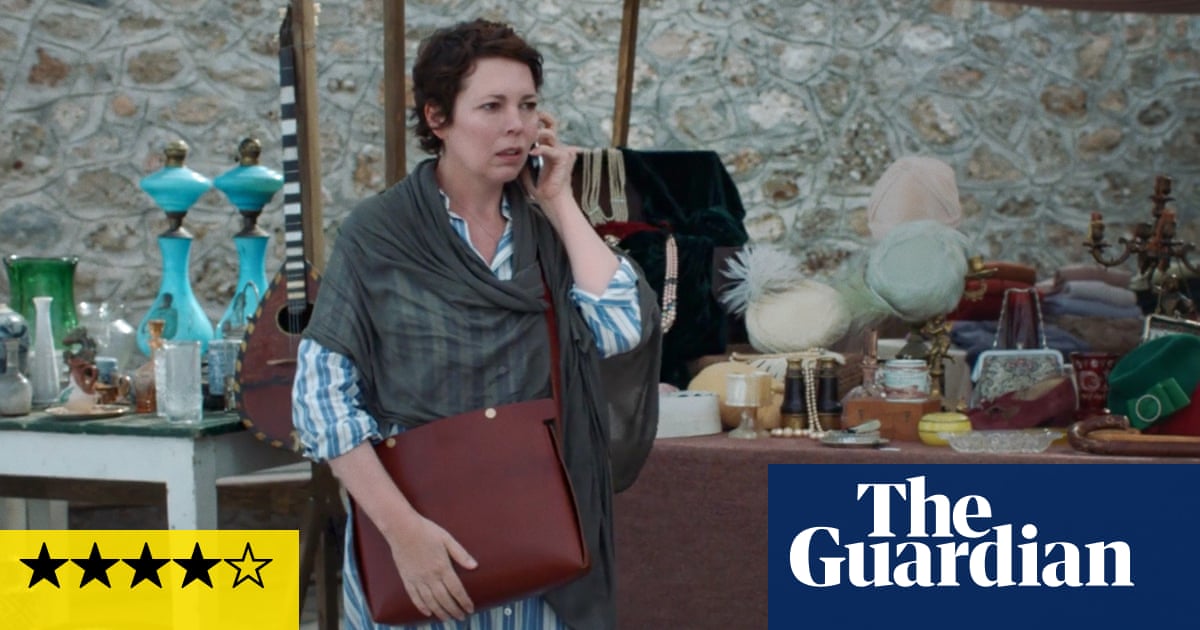 Maggie Gyllenhaal’s feature debut as writer-director is an impressively atmospheric piece of work – filled with longing and dread, and heavy with the anticipation of buried secrets about to be revealed. Deftly adapted from Elena Ferrante’s short source novel, it’s an enigmatic psychodrama that seems to teeter permanently on the brink of cataclysm. The fact that the plot itself stays largely within the confines of down-to-earth domestic reality merely amplifies the sense that we are wading into uncharted waters, and might at any moment be swept out to sea.

Olivia Colman is in her element as Leda, a middle-aged woman on a beach vacation in Greece that she insists on calling a “working holiday”. Leda is a professor of languages, a woman who understands the nuances of translating poetry, but who remains distinctly tight-lipped about her own personal situation. At first she seems content to lounge in the sun with her books in what looks like a little corner of paradise. But there are irritants in this garden of Eden, from the giant bugs that fly in through the window at night to the rowdy family from Queens who pitch their loungers next to hers and expect Leda to move along. When she refuses to comply, their stares resemble threats – as if some terrible line has been crossed.

Tensions thaw after Nina (Dakota Johnson) loses her young daughter on the beach and Leda promptly finds her – an act that seems to chime with an experience in Leda’s own past. Fragmentary flashbacks suggest a shared knowledge of this panic-inducing sense of loss, and hint that history is repeating itself. Once this lost daughter is retrieved, Nina and Leda form an uneasy bond, with the latter seeing guilty echoes of her younger self in a woman whose desires are evidently not constrained by motherhood and matrimony. Meanwhile, in a parallel past narrative that weaves in and out of the present-day revelations, Jessie Buckley plays the young Leda as a thrusting intellect whose career path is rudely interrupted by domestic life, and who seizes new opportunities regardless of the consequences.

Gyllenhaal has described the narrative of The Lost Daughter as being “very strange and painful, but also undeniably true”, as if her experience of being “a woman in the world was being spoken out loud for the first time”. A sense of transgression runs throughout this eerie film as it scratches away at the surface of its central character, revealing complex and contradictory layers of defiance, rage and grief under the apparently placid exterior. I detected more than a hint of French director François Ozon in Gyllenhaal’s beach-bound evocation of secrets and lies, as if the sea itself were about to strip away the sand to reveal jagged rocks. An image of a child’s doll with a worm crawling from its mouth skirts the boundaries of horror, while an air of brooding criminality lurks constantly at the edge of the frame, implying a genre-twisting turn for the worse.

The fact that Buckley and Colman seem a somewhat mismatched onscreen pair matters less than it might. Indeed, it’s a credit to both that they breathe such individual life into the figure of Leda, even if the loose ends of their respective stories never quite match up. As always, Colman manages to express deep wellsprings of emotion with few words and fewer gestures – her face telegraphing great swathes of anguish beneath polite smiles and annoyed glances. As for Buckley, she perfectly captures the imprisonment young Leda feels, with the revelation that she hates talking to her daughters on the phone pitched somewhere between self-determination and self-loathing.

The versatile cinematographer Hélène Louvart, whose recent credits include Sarah Gavron’s Rocks and Eliza Hittman’s Never Rarely Sometimes Always, achieves a perfect balance between distance and intimacy, bringing the audience close enough to these characters to convince us that we know them while also retaining an air of impenetrable mystery. A jazzy, dreamy score by Dickon Hinchliffe completes the picture, with the textures of a lost vinyl recording bridging the gap between the past, present and future.